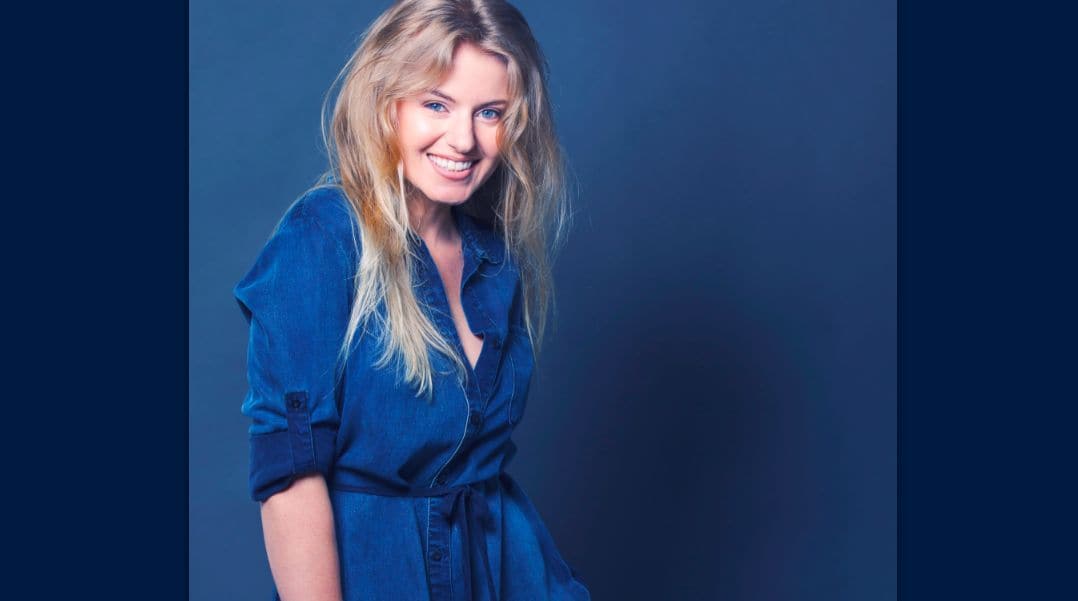 From party girl on BREAKING BAD to assassin in El Rey’s FROM DUSK TILL DAWN, Sarah Minnich is turning heads and making a name for herself as an actor willing to do anything to pursue the career she loves — even if it means paying human statute to get the perfect shot on screen. As she enthusiastically embraces all facets of the grueling technical aspects of being a film and television performer, Sarah is a sight to behold. In an exclusive interview, Sarah Minnich talks about her current role on El Rey’s FROM DUSK TILL DAWN and previews her appearances in a few films and a new TV series premiering next month on Epix.

What initially drew you to the role of Florinda in FROM DUSK TILL DAWN? And what was appealing about the show to you?
SARAH: I remember looking at this role initially and thinking, ‘Wow, wouldn’t it be awesome to get to do an action role like this!’ However, because of the size of Florinda’s role, I was originally aiming for the part of Jaqueline (a smaller but still awesome part). When I ended up booking Florinda, I was THRILLED! Not only was she a femme fatal, but she was also a decent part of the story in episode 301. In terms of being interested in working on FROM DUSK TILL DAWN, my curiosity was originally sparked by the cult classic film released in the late 90s. Everyone knows the original film and most people that I know love it. Who wouldn’t want to be a part of a spin-off like that?!

How would you describe your character Florinda?
SARAH: Florinda is an assistant turned assassin after she is possessed by the evil character, the Skullkeeper.

What is Florinda’s relationship like with the rest of the primary characters?
SARAH: Florinda is an assistant to the Gecko brothers. Her job is to run errands for them, help them with their weapons and clothing, and generally keep them content. In the beginning of episode one of season three, we see Florinda lighting Richie’s cigar and being of assistance during his return to the lair.

What can you tease about what is coming up on the show?
SARAH: This season will take a new format, introducing a ‘bad guy of the week’ each new episode. Plan on seeing some pretty treacherous characters come out of the shadows.

What has been the most fun part about working on the show?
SARAH: I really enjoyed working with the stunt team and learning the ins and outs of fight scenes as they are coordinated on the TV set. It’s really an awe-inspiring thing to watch a stunt take shape while shooting, and then to see how it actually plays out on film.

As a person and as an actor, what have you learned from this role?
SARAH: I learned a lot about how stunts are coordinated and shot in television. I also learned why stunt doubles are used when the 1st team actors are capable of performing the stunts. Come to find out, this is done to ensure that the 1st team actor isn’t injured and in turn needed to be replaced.

If you could offer your character some advice, what would you tell Florinda?
SARAH: I would tell Florinda to take all that money on the table (in the first scene where she’s lighting the cigar) and run!

What has been some of the best advice you have gotten that you would share with other aspiring actors?
SARAH: “Everyone’s journey is different – there isn’t one particular way to make it in acting,” (not sure who said this, but I remember reading it somewhere and it’s something I have to tell myself ALL THE TIME!)

What are the perks of working on a show like FROM DUSK TILL DAWN?
SARAH: I found it to be an honor to work as a femme fatal type on an action-heavy series. Also, I was pleased that the show kept all four of my scenes in episode one of season three; on bigger shows, this is sometimes not the case due to time constraints.

Then what are the challenges?
SARAH: Literally the only challenge that I had working on FROM DUSK TILL DAWN was the good ol’ waiting game that is sometimes the case on set. I remember on one of the days that I was shooting, we waited a whole nine hours before my scene was shot. It’s really no big deal, as many actors are used to waiting long hours as a normal part of the job. In this case though, I had to wear these massive rollers in my hair that required a strict positioning of the head so as not to damage the priceless curls. After nine hours of holding my head in one position, I had quite the neck ache. But again, it’s all part of the gig.

What other projects have you been working on that you can talk about, like “The Space Between Us”? What role do you play and what was the best part about that project?
SARAH: There are quite a few things coming out soon that I am proud to mention. Most imminent is the feature film “Priceless”, in theaters on October 14th. I am thrilled to see this in theaters for a couple reasons: (1) the project stands for a cause that I am passionate about; and (2) I have a great supporting role that will be my first to hit theaters! On top of “Priceless”, there is a TV series called “Graves” coming out on EPIX that I have a small role in. Keep your eyes out for that one! Finally, at the end of this year, the feature film “The Space Between Us” will come out in theaters. In “The Space Between Us”, I play a reporter covering the astronaut’s departure to Mars. Although I am bound by non-disclosure agreements, there is a ton more to come in 2017 as well.

What for you is the best part of being an actor in today’s world?
SARAH: I love working in an era where non-normative life experiences are being explored on screen. We are no longer just working with the patriarchal, outdated standards that were so prevalent in 20th century film-making. I love seeing actors address uncomfortable and even socially unaccepted aspects of humanity.

To see of more of Sarah’s work be sure to keep an eye for her upcoming films “Priceless” coming out October 14th and “The Space Between Us” coming out December 21st, as well as her appearance in the new TV series GRAVES premiering October 16th on Epix as her career does more than just break out!