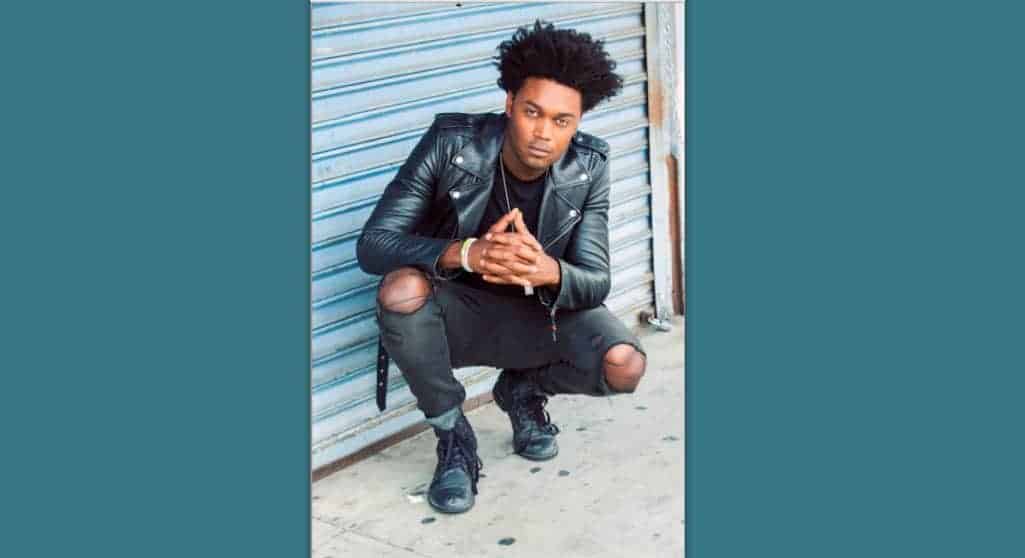 Introduced in the midst of the action last season, Echo Kellum portrays Curtis Holt, a techno whiz who initially assisted Felicity Smoake (Emily Bett Rickards) at Palmer Technologies and was later recruited to work alongside Team Arrow in the fight against rampant crime in Star City.

In an exclusive interview, star Echo Kellum talks about melding Curtis into the Team Arrow fold and the joy of working on the show and bringing such a pivotal character to life on screen.

What initially drew you to the role of Curtis Holt and ARROW?
ECHO: I loved his chemistry with Felicity. That was definitely a big draw to me. Just that he was this extremely intelligent, smart person who had a sense of duty that was matched with a confidence that I really looked forward to playing with.

How would you describe who Curtis is at this point and what do you most admire about him? And what was your proudest Curtis moment?
ECHO: I think Curtis is really in flux right now. He’s at the beginning stages of his journey to being a hero. The thing I admire most about him is that he has a resilience unlike anyone else. He perseveres and perseveres, and gets knocked down and keeps getting up; I think that’s something we all can admire about him.

As Felicity’s co-worker and now part of Team Arrow, what are the working relationships like between Curtis and Felicity?
ECHO: They have such a great relationship; they’re extremely close friends. They confide in each other. They get each other in a mental sense, a spiritual sense. They’re just people who really gel and are really there for each other.

What is it like working so closely with Emily Bett Rickards and Stephen Amell? Who would you love to get a chance to work more with on the show?
ECHO: I mean they’re consummate professionals. They’re so amazing and intelligent. They’re also so much fun, and silly, so there’s a wonderful balance when it comes to working – we just feel like we’re playing which is, I think, a great way to approach this business and to approach acting – it should be a labor of love and a labor of play. It’s really honing into what we did as kids, using our imaginations and playing pretend). I think that’s something they really embody and bring to the set. It’s infectious and I think every actor that comes on our show feels that and comes away with a good feeling. I’d love to work more with Willa and John Barrowman! I worked with John Barrowman for such a short period and he was so hilarious and has so much energy. And Willa because she’s so chill and so dope. I like kickin’ it with her.

With such a large ensemble cast, it must offer some very cool experiences working on the show with them. Are there any standout moments or scenes that you recall so far that makes the experience fun or interesting for you?
ECHO: There was a scene we shot recently, I can’t talk too much about it, but I was just lying down in the rain. It was just surreal to look up and see all the raindrops coming down on me and to think I got to do this for a living. There were cameras all around me but I was just taking in each raindrop as they fell down on my face; it was just a really cool and surreal moment… like holy crap, I get to live my dream – the thing I’ve wanted to do since I was seven or eight years old. It wasn’t any particular scene, it was just a moment that hit me… like holy crap, how fortunate am I?

What have you taken away from the show as a learning experience so far?
ECHO: I think on every show you take something away, you learn something from the different people you work with. And I think from this it’s just learning how to hone my craft. I’ve had to do scenes in the show that I haven’t had to do on any other show and I’ve had to go to some really dramatic depths, and I think the show just really helps you hone in to being more truthful as an actor and not playing anything too tough, but just really living inside the character and letting it come out naturally in the moment.

What would you say are some of the rewards and challenges of working on ARROW?
ECHO: Firstly, they put you through the ringer; you have trainers, and you’re doing boxing, muay thai, Krav Maga… so it really pushes you to really be more fit and active in life, and that’s really a rewarding thing. The struggles? There’s not many struggles, just that we work a lot. We work long hours because we really want to make sure we get the show right and give every scene the time to breathe and find new things and really approach all the stunts and choreography. But every labor of love is going to have a struggle to it, but you just have to fight through that and know that it’s for the greater good.

What has been some of the best advice you have been given as an actor?
ECHO: I heard this secondhand, but it’s I think it’s something Gene Hackman said. But it’s really simple, he said, “there’s three things you have to do as an actor: show up on time, hit your mark, know your lines.” And that’s a really simple concept, and I think if it’s something every actor can really embrace, then they can have a really long career.

What advice can you share for other up and coming actors?
ECHO: Don’t judge your career based on someone else’s career. Everyone has their own schedule and time-flow. You have to know that if you stay persistent, that if you keep doing the things you love, eventually it’ll pay off.

Looking back, what have been some of your favorite kinds of roles and why?
ECHO: I really loved playing Tommy in FOX’s BEN AND KATE; that was my first series ever but the character was just so silly. I actually had to play a character that was very different from myself, but it was just really fun to play and I learnt so much from Nat Faxon and Dakota Johnson about how to be a professional in this industry and how to approach it because it was my first time ever getting a shot to do it. That’s just one of the most memorable things. I’m so thankful to FOX and everyone, Dana Fox (creator, executive producer), everyone who believed in me and took a chance on this newcomer and put me in that role and that series.

Finally, what teasers can you offer about what is upcoming this season on ARROW? Is Curtis going to regret taking the plunge and training to be on Oliver’s team?
ECHO: Curtis definitely will have ebbs and flows of those feelings, but I think in his heart that he truly knows he’s doing the right thing by getting out in the field and that that’s his calling, so he’s going to embrace that. And as far as spoilers? There’s just going to be a lot of amazing things happening with the team and a lot of twists and turns. I just hope people really give it time and give Curtis time to grow into his vigilante self and his hero self, and I think they’ll really enjoy the season.

To see how Curtis fares as part of Team Arrow and his continuing journey down the superhero path, be sure to tune in for all new episodes of ARROW on Wednesday nights at 8:00 p.m. on the CW.