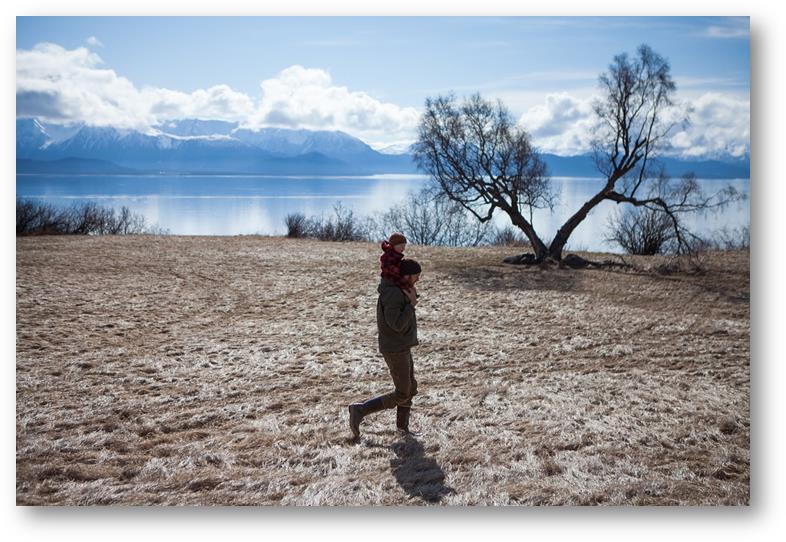 Having experienced another warm winter of record setting temperatures, the Kilcher family faces new challenges on the homestead and to their way of life in Homer, Alaska. And it’s not just the climate that is changing—the family considers their biggest move yet since Yule Kilcher settled the land 70 years ago. With a growing and shifting family and the harsh realities of the uncontrollable elements, the Kilchers are faced with decisions that could alter their paths forever. Discovery Channel’s Emmy-nominated series ALASKA: THE LAST FRONTIER returns for an exhilarating fifth season on Sunday, October 4th at 9pm ET/PT.

This season Atz Lee calls upon his family for help as he embarks on an ambitious plan to follow in his grandfather Yule’s footsteps, and build an all-new homestead from the ground up in a remote location deep in the wilderness, despite his wife Jane’s strong resistance. Eve and Eivin continue to face new challenges as parents raising Findlay, their son who is now a toddler, as he begins to find his feet and explore his world on the homestead. Atz Sr.’s son Shane and wife Kelli make their return to the homestead, hoping to build their own rustic cabin with help from the entire Kilcher clan. Otto and Charlotte must take extra care in protecting their cattle, which includes camouflaging them at the head of the bay to safeguard them from predators. Also this season on ALASKA : THE LAST FRONTIER, the family is tested as never before when a twist of fate leads to a catastrophic accident.

Three generations of Kilchers proudly live off the land that Yule Kilcher homesteaded over 70 years ago after coming to Alaska in search of a free and simple life. He found that life in the rugged backcountry outside of Homer, Alaska the family has resided on the 640-acre homestead he pioneered in the Alaskan wilderness ever since.  Always pushed to their limits by the elements, they continue to work together as a family to sustain the rich heritage of homesteading they’ve chosen to proudly carry on in ALASKA: THE LAST FRONTIER.