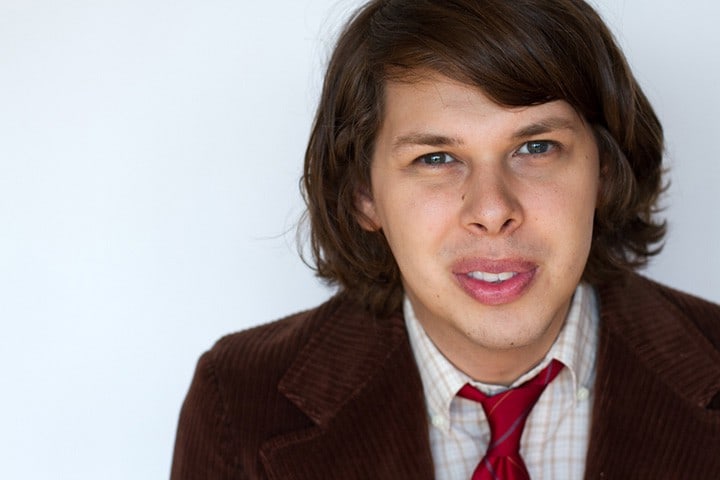 With brief appearances in shows like SCRUBS, YOU’RE THE WORST, and Nickelodeon’s BELLA AND THE BULLDOGS, and more recently in the comedy series SELFIE, NEW GIRL and ANGIE TRIBECA, Matty Cardarople has become a familiar face in the comedy word and is steadily making a name in the drama world as well with his new role in the Netflix series A SERIES OF UNFORTUNATE EVENTS and a string of independent films.  In order to get a peek into the world of Matty Cardarople, in an exclusive interview Matty reveals what it was like working on the show and what is next as his career path continues to grow and unfold.

Who do you play and what initially drew you to the role of your character in Netflix’s A SERIES OF UNFORTUNATE EVENTS?
MATTY:  I play Orlando also knows as the “Henchperson of Indeterminate Gender.” What drew me to the role was his/her dry sense of humor, hair style, and cool clothes.

How would you describe who your character is? What do you most admire and/or like about him?
MATTY:  He’s an outsider and doesn’t feel like he fits in the world. Count Olaf is the only one that he feels can accept him. I admire his observations about the world. They are honest and funny.

Generally, what kind of journey does your character undertake in A SERIES OF UNFORTUNATE EVENTS?
MATTY:  To me, he doesn’t really journey, but stays in the same place. He’s always searching for meaning and makes really good observations about the world. Like a line from the show: “I guess that proves that reading is really fundamental.”

What has it been like working more with folks like Neil Patrick Harris, Patrick Warburton, Joan Cusack, Alfre Woodward? Any favorite scenes or moments you can share?
MATTY:    It was magical and “unfortunate.” Neil is absolutely incredible. He’s kind, funny, humble…to put it simply. He’s a star of the highest caliber. He’s a master at his craft and amazing to watch work. In our first big scene together he welcomed me with a big hug. In regards to Joan, she is everything you would have imagined. Big hearted, interested, funny, and real. My favorite film from her is “Grosse Pointe Blank.” She also owns her own store in Chicago. Google it. I love her. She’s the best. Patrick is the real deal. He’s funny, smart, and a gentleman. It was a blast working with him. Alfre is the best! The first scene we did together she offered everyone chocolates. Normally I don’t take candy from strangers, but I did from her.

What is your favorite part about working on A SERIES OF UNFORTUNATE EVENTS?
MATTY:  My favorite part was talking with one of our hair designers Diane aka “Deep Diane”. She had the best stories and would crack me up every morning.

What is the one thing you have taken away as an actor from working on A SERIES OF UNFORTUNATE EVENTS?
MATTY:  The incredibly generous cast and crew. Nothing has topped my experience and I’ll never forget it.

What do you hope viewers take away from watching the show?
MATTY:  It has a very wonderful literal sense to it. I hope kids learn new words and phrases. The directors and the writers do a great job in teaching kids new lessons about life like who the good and bad people are. Of course, I hope they laugh a lot too!

Who do you wish you could work more with on A Series of Unfortunate Events and why?
MATTY:  I loved everyone, so I couldn’t possibly choose!

At this stage of your career, what do you think you have learned from the amazing variety of roles and projects you have worked on?
MATTY:  I’ve learned how to be me to the fullest. I have also learned that there are always Red Vines at [craft services].

What are the perks of where you are in your career right now?
MATTY:  Getting to meet extraordinary and talented artists and learning from them.

If there were one role you would like to revisit from your career, which would it be and why?
MATTY:  Everyone of them. I’m a perfectionist. It’s my biggest flaw.

Has there been any great advice you have gotten? What advice would you offer to other upcoming and aspiring actors?
MATTY:  Karen Gillan from SELFIE and “Guardians” gave me the best advice I have ever gotten and it’s the key to my success: “Be you.” As for aspiring actors from me, I would say be yourself to the fullest and don’t be afraid. Don’t give up, be kind, have fun, work hard and most importantly kiss your love at the end of the night.

You also have an upcoming film coming out, “The Big Sick.” What can you share about the the role you portray in that film?
MATTY:  I play Stu a fast food employee. It’s premiering at Sundance this year!

What was the appeal of joining that project and what did you love about working on it?
MATTY:  Stu is deadpan and I love doing deadpan. It’s my favorite style of acting to do. Also, I’m a big fan of french fries.

Are there other upcoming projects that you can share that fans should keep an eye out for?
MATTY:  I have a hit show that I will be in but I can’t share anything just yet. Let’s just say I have a very unique hairstyle in it.

What do you aspire to do next?
MATTY:  Get a slice of pizza with my hero, Jim Carrey.

To see what curious, fun and “unfortunate” things arise in Matty Cardarople’s life, be sure to follow @mattycardarople on Twitter for the latest news.  Matty can currently be seen in A SERIES OF UNFORTUNATE EVENTS which is available for binge-watching on Netflix.