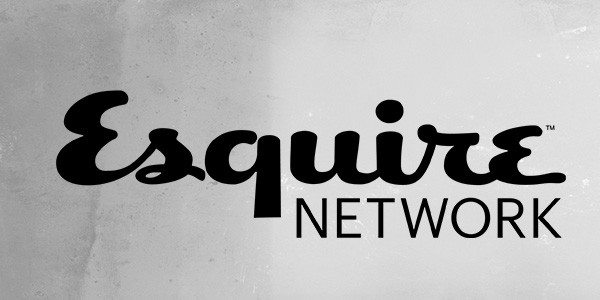 Esquire Network has greenlit two new original specials for the fall, WOMEN WE LOVE and BEST BARS IN AMERICA (WT). Both extend long-time favorite franchises from Esquire magazine, bringing them to television for the first time.

WOMEN WE LOVE is an hour-long celebration of some of the most captivating, impressive and alluring women from entertainment, sports, pop culture and more. Based on the popular monthly feature in Esquire magazine and coinciding with the annual “Sexiest Woman Alive” issue in November, the special will feature fascinating women who inspire us with their beauty, intelligence, style and passions. Throughout, they share their thoughts on everything that inspires and interests them, from their work to travel, fashion, humor and relationships. WOMEN WE LOVE will premiere Tuesday, November 19 at 8P E/P and is produced by Wilshire Studios with Jennifer Lane serving as executive producer.

BEST BARS IN AMERICA (working title), produced by Magical Elves and executive producers Dan Cutforth and Jane Lipsitz, will premiere this December. For the one-hour special, two friends and comedians, Jay Larson and Sean Patton, explore bars featured in Esquire magazine’s annual rundown of the best in the country. With stops in Milwaukee, Chicago and San Francisco, Jay and Sean drink their way through neighborhood dives and swanky bars alike, sharing the rich history and a look into the future of these places and the concoctions they’re known for. More than just a cross-country bar crawl, this is a happy hour any self-respecting man should experience in his lifetime.

“WOMEN WE LOVE and BEST BARS IN AMERICA are made for television,” said Matt Hanna, Head of Original Programming, Esquire Network. “Both are perfect examples of how our partnership with Esquire offers the opportunity to extend some of their most popular features on air in ways that are really engaging and compelling.”

The two specials join an aggressive slate of already-announced original programming, including the currently-airing series KNIFE FIGHT, BREW DOGS, THE GETAWAY and BOUNDLESS, and four upcoming November original premiere series. They include: ALTERNATE ROUTE, a trip across the country with photojournalist Matt Hranek to find the people, places and objects that embody timeless American spirit; HOW I ROCK IT, a look at style in all its forms, hosted by NBA superstar Baron Davis; RISKY LISTING, a docuseries set in the exclusive, competitive world of New York nightlife real estate; and WHITE COLLAR BRAWLERS, a series that pits office rivals against each other in the boxing ring.