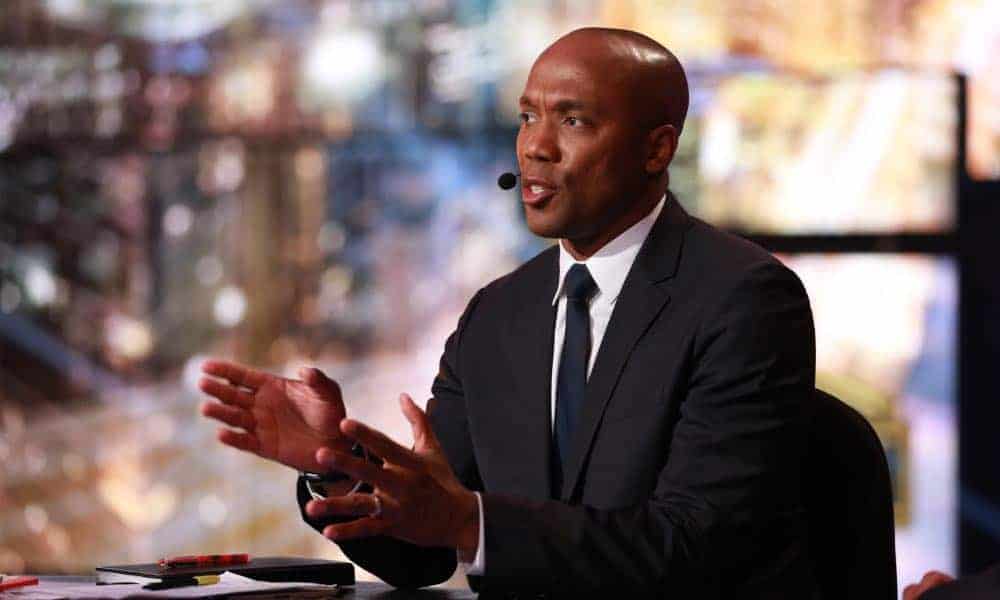 NFL Front Office Insider Louis Riddick will expand his ESPN role to appear on Monday Night Football halftime and postgame shows as part of a new multi-year extension. Riddick, one of the company’s top NFL experts, will now travel to the site of ESPN’s weekly MNF game where he will work alongside host Suzy Kolber and Hall of Fame quarterback Steve Young on Monday nights.

Riddick, who joined ESPN in 2013, is one of the industry’s most respected NFL voices. The former NFL player and team executive will continue to offer his insight and analysis on ESPN’s signature NFL shows – Sunday NFL Countdown, NFL Live and NFL Matchup, while also making regular appearances on multiple editions of SportsCenter, Get Up!, and ESPN Radio programs.

Riddick’s high-profile role in year-round coverage of major NFL events also includes the Super Bowl and the NFL Draft, where he is a main set analyst for ESPN’s three-day telecast.

“Every day Louis is on ESPN, he makes viewers smarter about football,” said Seth Markman, senior coordinating producer for ESPN’s NFL studio shows. “He has earned this opportunity to expand his already prominent role, and our MNF audience will benefit from his insights, analysis and perspective.”

Riddick added: “I’m grateful for ESPN President Jimmy Pitaro, Connor Schell, Seth Markman, and Rob Savinelli working together with my agent Jim Ornstein and creating this opportunity going forward. Monday Night Football has been a significant part of my life since childhood when I attended my first MNF game in 1983 at Giants Stadium. I look forward to adding my voice to onsite coverage alongside Suzy and Steve, both of whom I admire and respect greatly.”

Prior to joining ESPN, Riddick worked in the Washington Redskins (2001-07) and Philadelphia Eagles (2008-13) front offices, serving first as a pro scout and eventually director of pro personnel. His seven-year NFL career included three seasons in Cleveland, where he played under legendary coaches Bill Belichick and Nick Saban.

Former NFL head coach John Fox has joined ESPN as an NFL studio analyst and will make his on-air debut today and tomorrow on SportsCenter (12 p.m. ET) and NFL Live (1:30 p.m.), among other appearances.

“John has led two different franchises to the Super Bowl and he has a great football acumen, just the kind of experience and perspective we were looking to add to our NFL studio coverage,” said Seth Markman, senior coordinating producer for ESPN’s NFL studio shows. “In addition to his football smarts, John is also a great storyteller and he has a fun personality, so we expect fans to see a different side of the former coach in his new analyst role.”

Fox added: “The opportunity to join ESPN and stay involved with football is a privilege. While I was honored to coach in the NFL for 28 years, I’m looking forward to this new adventure sharing my experiences and passion for the game with ESPN’s viewers.”

Fox began his coaching career in 1978 as a graduate assistant at San Diego State, his alma mater. Before joining the NFL head coaching ranks, he was an NFL assistant for multiple teams, including the Pittsburgh Steelers under Hall of Famer Chuck Noll.