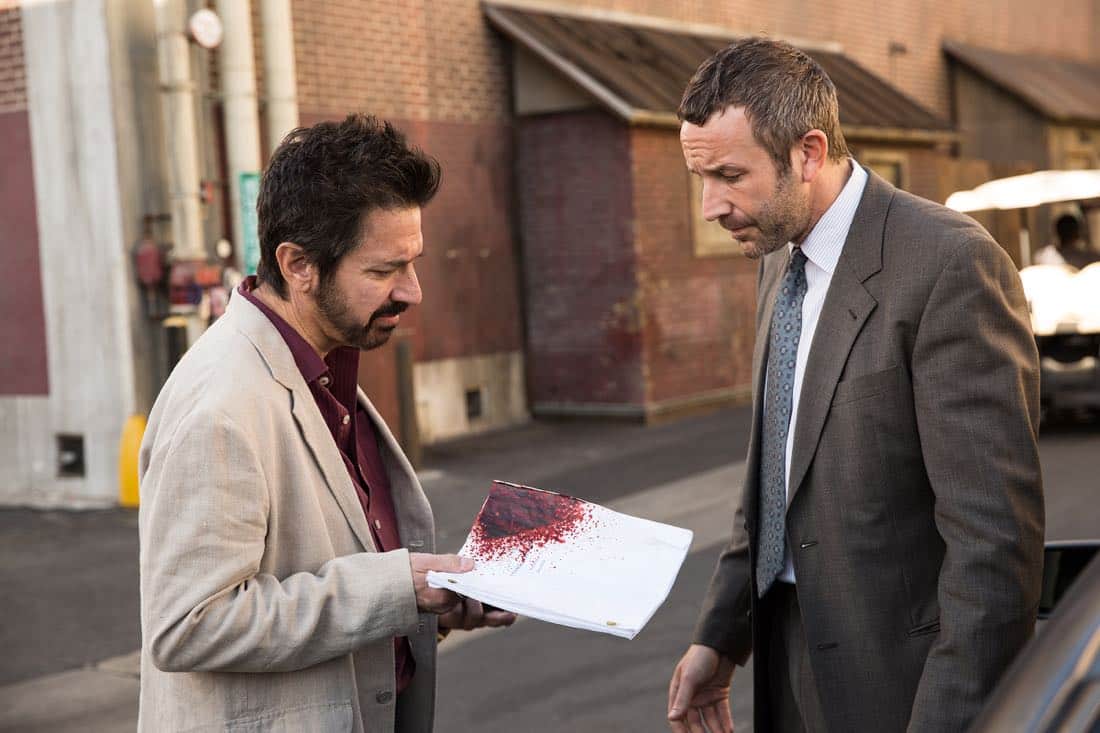 Premium pay television network EPIX(R), an MGM company, has renewed the original series Get Shorty for a second season. The dark comedy from MGM Television, based in part on the 1990’s bestselling Elmore Leonard novel of the same name and created for television by Davey Holmes (Shameless, In Treatment), will return in 2018 with 10 all-new episodes.

The series follows Miles Daly (Chris O’Dowd), a hitman from Nevada who tries to become a movie producer in Hollywood with the help of a washed-up producer, Rick Moreweather (Ray Romano), as a means to leave his criminal past behind. Get Shorty premiered on Sunday, August 13 and is currently airing on Sundays at 10:00PM ET/PT 9:00PM CT.

“EPIX is proud to be the home of Get Shorty, which has been the perfect addition to our scripted original slate,” said Mark Greenberg, President and CEO of EPIX. “Get Shorty is our most successful original scripted series to date, and continues to deliver phenomenal performances. We are thrilled to be working again with MGM Television, Davey Holmes, Chris O’Dowd, Ray Romano and the Get Shorty team on a second season.”

The 10-episode dark comedy from MGM Television, based in part on the 1990 best-selling novel of the same name by Elmore Leonard, debuted on EPIX Sunday, August 13 at 10:00PM ET/PT, 9:00PM CT.

O’Dowd plays Miles Daly, who tries to become a movie producer in Hollywood as a means to leave his criminal past behind and win back his recently-estranged family. There, he meets Rick Moreweather (Romano), a washed up producer of low quality films who is desperately hanging on to the rungs of Hollywood relevancy and begrudgingly becomes Miles’ partner and guide through the maze of show business. Along with his criminal associate Louis (Bridgers), Miles attempts to keep his worlds from colliding as he balances the demands of filmmaking while keeping the suspicions of the crime ring’s chief – and production bankroll – Amara (Porto) and her dangerous nephew, Yago (Robles) at bay. Also involved in the production is ambitious studio executive April Adams (Stevenson), who started in the business as Rick’s assistant, as well as Miles’ beloved daughter Emma (Dodd) – despite objections from Miles’ estranged wife, Katie (Walters).

Created for television by Davey Holmes (“Shameless,” “In Treatment,” “Damages”), Get Shorty is executive produced by Holmes and Emmy nominee Allen Coulter (The Sopranos,” “Damages”) who also directs the first episode. Adam Arkin (“The Americans,” “Billions”) directed three episodes of the series and is also a co-executive producer. The series is produced by MGM Television and internationally distributed by MGM.