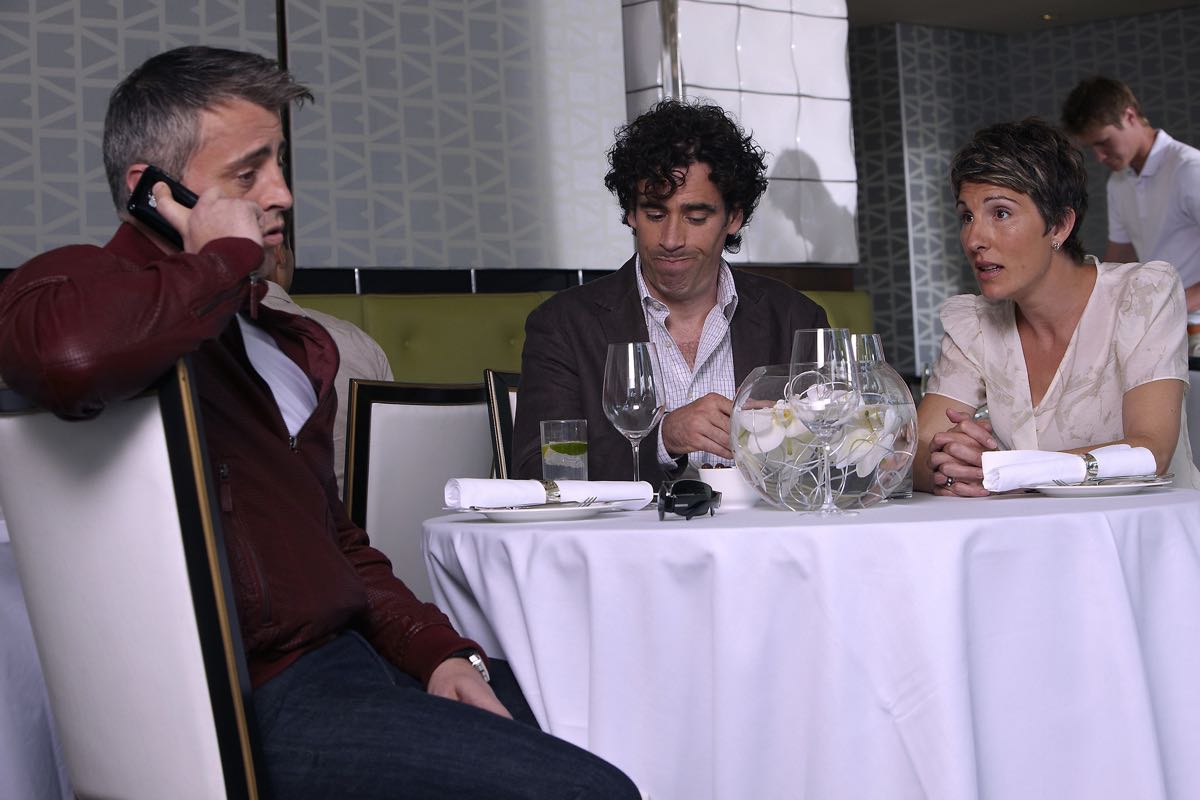 After four critically-acclaimed seasons, the hit SHOWTIME comedy series EPISODES begins production next week on its fifth and final season, it was announced today by Gary Levine, President of Programming, Showtime Networks Inc. The series, starring Matt LeBlanc in his four-time Emmy® nominated and Golden Globe-winning role playing a fictionalized version of himself, is created by award-winning writing partners David Crane and Jeffrey Klarik. Klarik will direct all seven episodes, which will film in London and premiere on the network in 2017.

“EPISODES’ scathing portrait of network executives has kept me on my best behavior these last several years, for which I am grudgingly grateful to Jeffrey and David,” said Levine. “I love this show and can’t wait to see what comic heights Matt and company will scale during the fifth and final season of our inspired series.”

“We have had the best time making this show,” said Crane and Klarik. “SHOWTIME has been the opposite of every network we write about. If it were up to them we could go on making EPISODES forever. But we’ve told the story we set out to tell and we’d never want to outstay our welcome.”

Since its debut in 2011, EPISODES has received 10 Primetime Emmy nominations across multiple categories, including Outstanding Lead Actor in a Comedy Series for LeBlanc and Outstanding Writing for a Comedy Series for creators David Crane and Jeffrey Klarik, for every season the series has been eligible. The series has also earned two Golden Globe nominations for Best Television Series – Comedy or Musical and in its first season, LeBlanc won the Golden Globe Award for Best Performance by an Actor in a Television Series – Comedy Or Musical. Additionally, Crane and Klarik have earned two Writers Guild of America Award nominations for New Series and Episodic Comedy.

EPISODES also stars Stephen Mangan, Tamsin Greig, Mircea Monroe, Kathleen Rose Perkins and John Pankow. In the final season, everyone is in the midst of their own personal hell — if hell can have great weather, palm trees and more than one personal assistant. Matt LeBlanc is the host of “The Box”, a wildly successful game show. Unfortunately, the world seems to have forgotten he was ever an actor. Meanwhile, Sean (Mangan) and Beverly (Greig) are forced to work for Sean’s former partner Tim (Bruce Mackinnon), perhaps the worst show runner in the history of television. Carol (Perkins) is out of a job, out of money and possibly out of show business. And Merc (Pankow), a producer on “The Box,” never resists the opportunity to ruin Matt’s life.

SHOWTIME is currently available to subscribers via cable, DBS and telco providers, and as a stand-alone streaming service through Apple®, Roku®, Amazon and Google. Consumers can also subscribe to SHOWTIME via Hulu, Sony PlayStation® Vue and Amazon Prime Video.