Emo Nite LA had their busiest year yet in ’17 and they aren’t taking a moment to rest. They have just announced the first wave of nationwide Emo Nite tour dates. Returning to some of their favorite cities like Denver, Seattle, Atlanta and Philadelphia, while bringing their unique events to new cities such as Austin, Houston and New Orleans. San Francisco fans will be treated to even bigger and better experiences at a new larger venue due to popular demand. For a full list of dates and to purchase tickets for these events, please visit emonite.com.

On the monumental anniversary and incredibly successful event, the Emo Nite LA founders shared the following note to fans and members of the larger Emo Nite Family: “The last three years have been a wild, wild ride. Never in our wildest dreams when we decided to invite a few of our friends on a Tuesday nite to a dive bar in Echo Park to listen to emo and pop punk music, that it would turn into something like this. Thank you guys for building and fostering such a special community. Thank you for growing with us and supporting this thing through all of the different stages this party has gone through. Yesterday only made us more excited for the future of Emo Nite and we couldn’t ask for a better family to be on this journey with us.”

Bringing together people who share the love of emo rock music from the 90’s, 2000’s, and today, Emo Nite LA, the event started by three friends at a small dive bar has grown into a full-blown phenomenon that has attracted some of the biggest and most diverse names in entertainment. Different musicians from all genres, actors and celebrities that have been inspired by emo and pop punk music like Demi Lovato, Halsey, Machine Gun Kelly, Debby Ryan, Post Malone, Kristen Stewart, Tyler Posey (Teen Wolf), Cole Sprouse and more have either DJ’d or performed at the events that happen in cities from Los Angeles to New York to Atlanta to Seattle. Emo Nite has been featured in outlets like MTV, PAPER Magazine, Teen Vogue, Consequence of Sound, Forbes, Rolling Stone, The New Yorker, LA Times, Billboard, LA Weekly, Time Out LA, Alternative Press, FUSE, HelloGiggles KERRANG! and talked about on the Grammy’s Red Carpet. 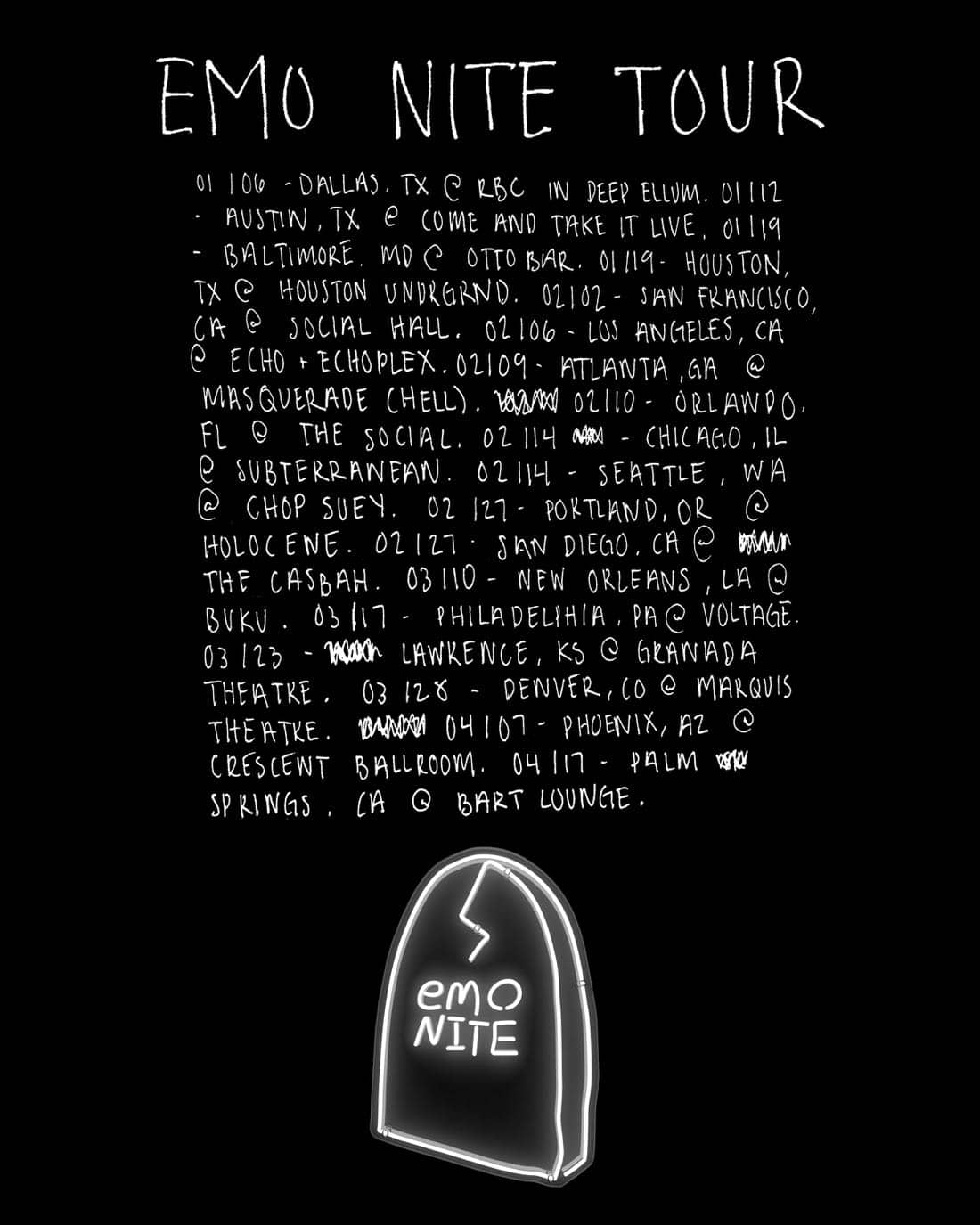