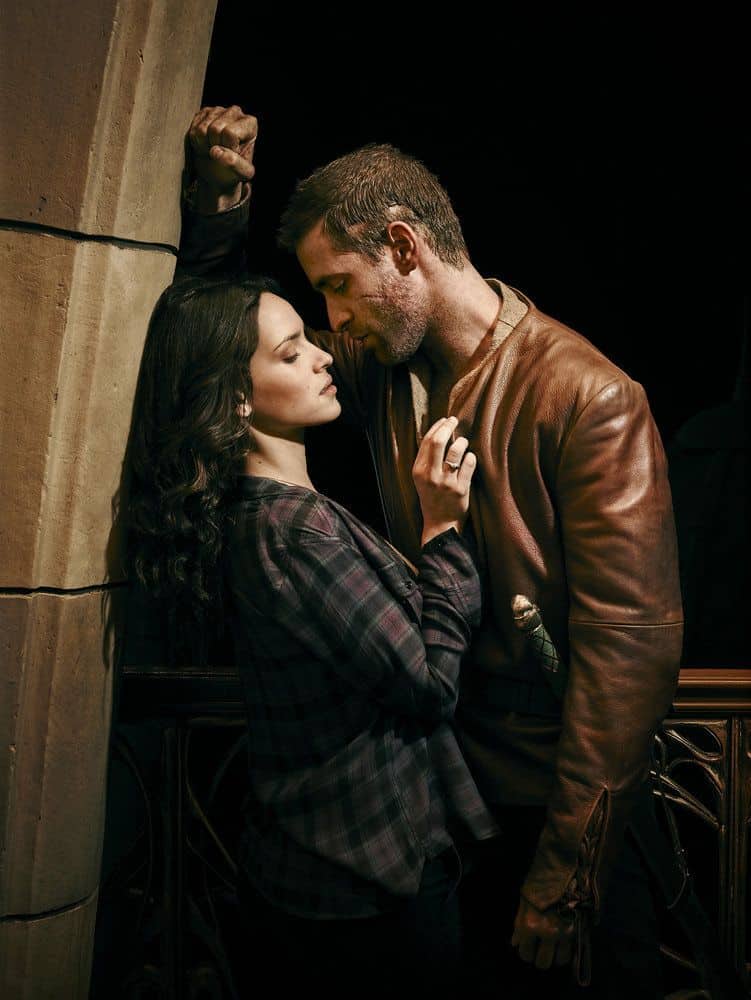 I’m a big fan of The Wizard of Oz. Not just the MGM movie, though that is great, but the world of Oz in general. As a child, I devoured all fourteen of L. Frank Baum’s books over and over again. And while no faithful adaptation has yet been made (at least not that I’m aware of), a fact that is very disappointing to me, I have enjoyed some of the more interesting modern versions, such as SyFy’s Tin Man and the Broadway musical Wicked, as well as Gregory Maguire’s series of Wicked books. So it was with great anticipation that I sat down to sample NBC’s new drama, EMERALD CITY.

What EMERALD CITY does right is use more of the Oz mythology than most works. The Judy Garland film is actually quite a bit departed from the written work, but even then, only makes use of the first in the series. There are a rich tapestry of characters and corners of the land that are not explored in that initial offering, and while Disney’s horrible movie Return to Oz combined books two and three (since the second is the only one Dorothy isn’t in), most projects that tackle Oz ignore the other thirteen volumes. I feel this is a mistake that EMERALD CITY at least partially corrects.

Dorothy (Adria Arjona, True Detective) is the star, which is likely the right move, given that she is the character most people are familiar with. But the other central player in the books, which the second one centered around, is Tip (Jordan Loughran, Evermoor). Those who have read them will assume where EMERALD CITY is going with the boy, long held prisoner by a lesser witch, and who is extremely important to the land as a whole. I feel like this television series will likely pay that off based on what I’ve seen so far, though I’m not convinced Tip’s importance will be as high as it is on the page.

Now, while Lucas is lacking straw, he’s clearly some version of The Scarecrow, and Jack has got to be Jack Pumpkinhead, though he appears to be perfectly human. This is something EMERALDN CITY does wrong, in my opinion. Although magic is part of this Oz, there are no magical creatures, which is essential element of any Oz tale. It doesn’t quite feel right if everyone is human, as is the case here, and that certainly takes away from the overall mythology.

Besides the witches, there are supernatural elements, including prophecy and giants, but these start to build a world that isn’t Oz. These are something else. Which makes me wonder if perhaps the show shouldn’t have ditched the Oz tie-ins completely and just done something completely different. It feels like sometimes too much effort is made to use a familiar property when originality would be the better way to go. Renaming the realm, the witches, and the protagonist could depart it enough to give EMERALD CITY more freedom without needing to give up the things they kept in common.

It also seems that EMERALD CITY may ditch the inaccessibility of Oz, including the nearby land of Ev, another element from the books, in the show as well, but presumably making it easier to come and go from Oz, with no sign of the deadly desert completely surrounding it. Like using the name Ojo (Olafur Darri Olafsson, The Missing) but failing to make this Ojo anything like the one Baum wrote, some of the choices seem like they were made purely to name drop something without actually using the source material. This seems odd.

None of this matters as much as the overall feel of the show, though, which is that of a lower quality program (except for the special effects). The action isn’t gripping, and none of the performances engage the viewer as much as one would wish. Despite having a couple of decently-known performers, EMERALD CITY feels more like it belongs on SyFy than network television, not quite at the level of a mainstream program. Parts of it are boring or confusing, and I am not sold on the core plot thread. The witches don’t feel powerful, I don’t buy Oz himself being in charge for this much time, and tying Dorothy’s past into the land is unnecessary and weird.

Also, where are the Tin Man and the Cowardly Lion? I mean, come on! And Toto is a German Shepherd? Seriously? OK, now I’m just being breed-ist, but that one does hurt a bit, more than any other casting decision.

I don’t hate EMERALD CITY as much as many critics do; I actually continued right to the third hour after the double-length pilot. But there is nothing in those initial installments that makes me think I’ll rank it up there with the films and novels listed in the opening paragraph. I wonder how much of my continued viewing will be based in my high regard for the central property, rather than the merits of the series itself, which seem a bit lacking, though there are some intriguing bits throughout.

EMERALD CITY premieres this Friday at 9/8c on NBC.