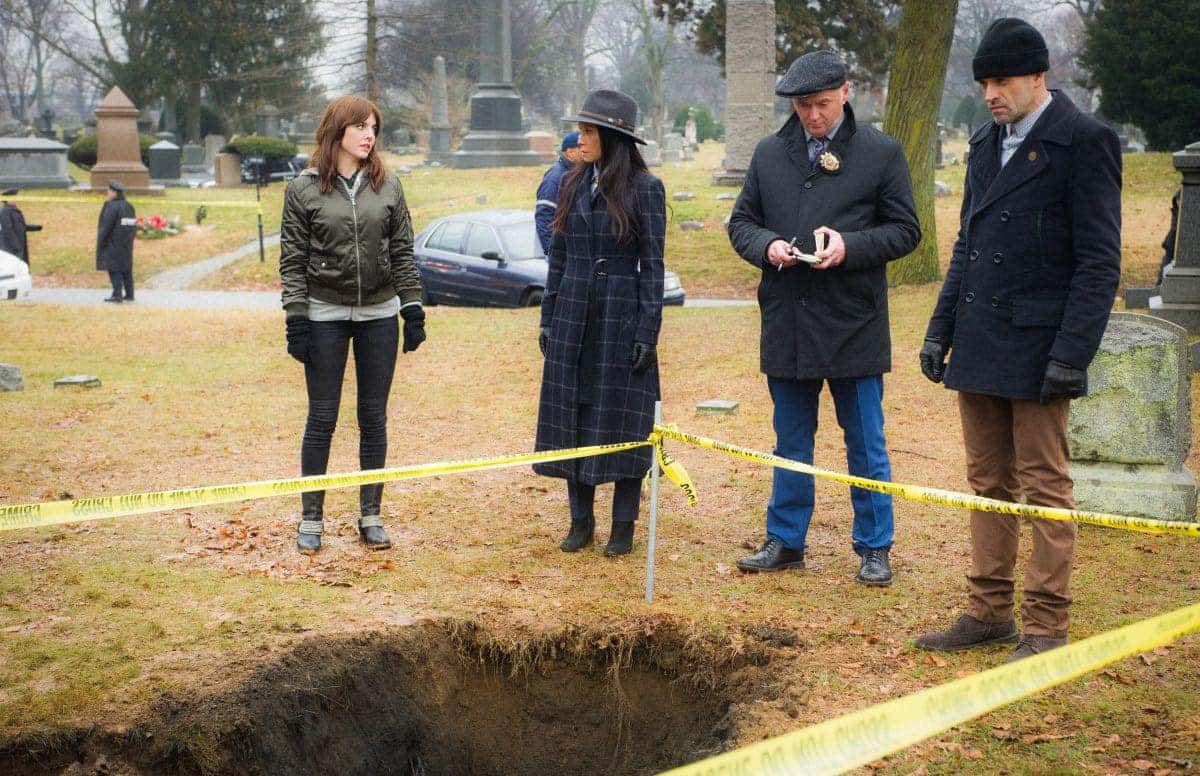 ELEMENTARY Season 5 Episode 15 Photos Wrong Side of the Road : “Wrong Side of the Road” – Holmes’ former protégé, Kitty Winter (Ophelia Lovibond), returns to New York after a three-year absence to warn him that a killer is eliminating everyone involved with a case they worked on together in London, and they’re the next targets. As Sherlock, Kitty, Joan and the NYPD join forces to find the perpetrator, Watson discovers Kitty has a life-changing secret, on the first of a two-part ELEMENTARY, Sunday, March 5 (10:00-11:00 PM, ET/PT) on the CBS Television Network.