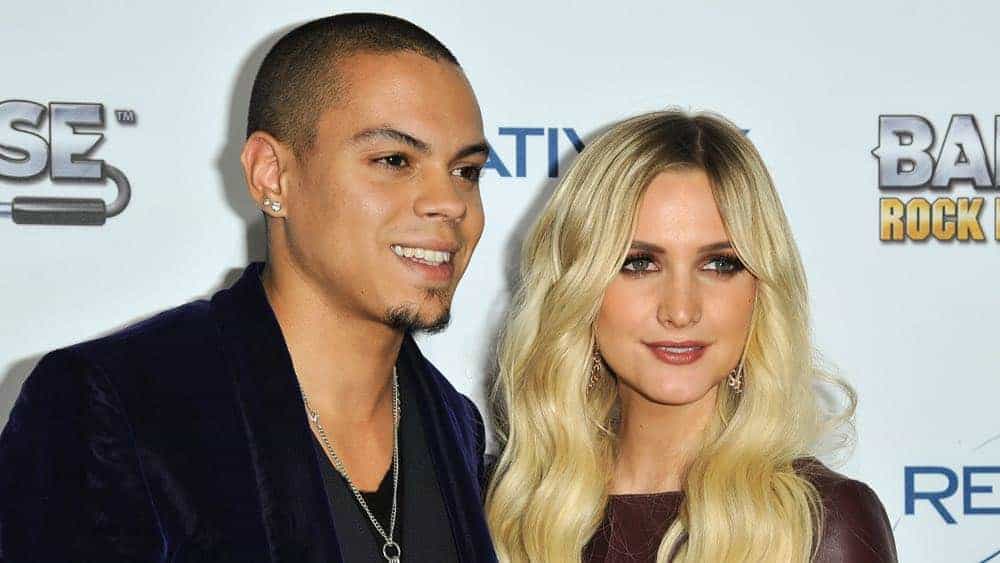 E! announced today six new series plus three unscripted development projects that are rooted in celebrity and pop culture and target the network’s core female millennial audience.  New series include an innovative talk show hosted by actress Busy Philipps, a new series centered around the women of the popular podcast “The LadyGang,” and a new docu-series featuring actress and singer Ashlee Simpson-Ross and her husband, actor and artist Evan Ross.  In addition, popular, long-running franchise “E! True Hollywood Story” will return with a fresh approach and new episodes that dive deep into the most compelling personalities and stories that are shaping headlines.

The announcement comes on the heels of E! delivering year on year linear growth among Adults 18-49 (+2%), Women 18-49 (+5%) and Total Viewers (+7%) in April 2018.  E! ranks as a top 15 network among Women 18-49.  Across all platforms, E! delivered a record-breaking first quarter 2018 averaging over one billion monthly engagements on TV, digital and social, up +35% versus first quarter 2017.  In addition to the new original programming announced today, new series “Citizen Rose,” “Very Cavallari” and “Model Squad” will fuel the network’s momentum throughout 2018, as well as “People’s Choice Awards” airing November 11 for the first time on E!

“E! is a pop culture network that is for and about women, and these series hit the mark when it comes to fun, aspirational content and engaging storytelling for our audience,” said Amy Introcaso-Davis, Executive Vice President, Production & Development, E! “With this slate, we are excited to present strong women on our air who bring big personalities and unique points of view.  ‘E! True Hollywood Story’ is a beloved franchise that has never been more timely and relevant.”

The six new series announced today, which will debut on E! later this year, include:

This new docu-series will follow actress and singer Ashlee Simpson-Ross and her husband actor and artist Evan Ross. We’ll get an inside look into this young millennial couple as they try to balance life as new parents with a solid foundation of humor and love.  Coming from two famous music families, Ashlee and Evan will take viewers inside the recording of their first duet album. Fans will see Evan’s rising star in music and Ashlee cautiously jumping back into the music world.  We will watch as they face challenges and success in their marriage and music while receiving the unwavering support from their legendary families and life-long friends. “Ashlee and Evan” is produced by Citizen Jones and Cinema Giants with Jonah Bekhor, Jonas Bell Pasht, Jessy Terrero, Angela Aguilera, Ashlee Simpson-Ross and Evan Ross serving as Executive Producers.

Hosted by actress Busy Philipps, “Busy Tonight” features comedic commentary, interviews, and segments that go behind her most popular Instagram stories. Unfiltered, in-the-know and always entertaining, Busy will give us her unique and hilarious point of view on literally everything.  Executive Producers for “Busy Tonight” are Busy Philipps, Julie Darmody and Eric Gurian for Little Stranger.

The series that told Hollywood’s most compelling stories is back. “E! True Hollywood Story” is taking a modern approach, and providing a voice to the moments that are reshaping popular culture.  Each self-contained documentary will explore a topic, headline, or person that became the ground zero for a revolution, change or shift in culture, told by the people who were on the frontlines of the story. “E! True Hollywood Story” is produced by Wilshire Studios.

For more than a year, “Stand Up 2 the Streets” has played to sold-out crowds at the #1 Comedy Club in the country, The Comedy Store.  Created and hosted by comedians Justine Marino and Heidi Heaslet, this one-hour format harnesses the conventions and spectacle of dance pop culture found in movies like the wildly popular “Step Up” franchise and TV shows like “So You Think You Can Dance” and “Dancing with the Stars” but with a comedic POV.  In each stand-alone episode, four comic celebrities compete for a donation to the charity of their choice.  Anchored by comedian and pop culture expert, Justin Martindale, an irreverent judging panel critiques the performances so that the audience can ultimately vote on the winning team.  The series is produced by Ugly Brother with Mike Duffy, Tim Duffy, Justine Marino and Heidi Heaslet serving as Executive Producers.

What happens when you mix the “Girls Trip” sense of female community with juicy pop culture commentary, no-holds-barred celebrity interviews, and three equally gorgeous and hilarious LA ladies? You not only get a “Podcast of the Year” winner with over 22 million listens, but a phenomenon that graced People Magazine and made Entertainment Weekly’s “Must List.”  Welcome to the LadyGang, the TV show based on the podcast created by Keltie Knight, Becca Tobin, and Jac Vanek. “The LadyGang” is produced by Purveyors of Pop and Entertainment One (eOne) with Matt Anderson, Nate Green, and Cooper Green for Purveyors of Pop, Tara Long for eOne, Keltie Knight, Becca Tobin, and Jac Vanek serving as Executive Producers.

Natalie Halcro and Olivia Pierson are influencers, designers, and fashion & beauty bloggers that have over five million followers on Instagram alone.  But more importantly they are family.  Cousins and best friends, this docu-series will take us to a part of their lives that we’ve never seen before from Vancouver to Los Angeles.  From their hilariously direct older brothers, to Nat’s hippy sister, to their hysterical parents, Nat and Liv’s family will make you laugh and cry… sometimes at the same time.  “Nat & Liv” is produced by Machete Productions & Cineflix with Amber Mazzola, Kim Bondi and Dave Hamilton serving as Executive Producers.

Three unscripted projects in development include:

Three vibrant sets of twins all have their sights set on conquering each of their own worlds.  From radio DJs, to pop artists and social media fame, the docs-series will explore their dynamics as siblings, best friends and co-workers while reaching new heights in their careers and choosing to do so together, rather than alone. “The Twins Project” is produced by World of Wonder with Fenton Bailey, Randy Barbato and Tom Campbell serving as Executive Producers.

“Written by the Stars” (working title)

“Written by the Stars” takes the most ridiculous first-hand excerpts from celebrity autobiographies and transports them from the page to the screen. Quoting directly from the books and with the help of a hilarious SNL-esque troop, the most epic celebrity stories come to life – viewers will see their favorite celebrities’ hazy nights, crazy affairs, behind the scene antics, and Hollywood secrets. “Written by the Stars” is produced by Haymaker with Aaron Rothman and Irad Eyal serving as Executive Producers.

The need for stuntwomen in the entertainment industry has never been greater. This competition-elimination docu-series will follow a stunt director on a journey to ﬁnd the next great stuntwoman. Each week, hopefuls will face challenges that test their physical, mental, and emotional strength – requiring them to give their all if they want to become the next breakthrough female stunt performer. “Wonder Women” is produced by A. Smith & Co. Productions, with Arthur Smith and Toby Gorman serving as executive producers.