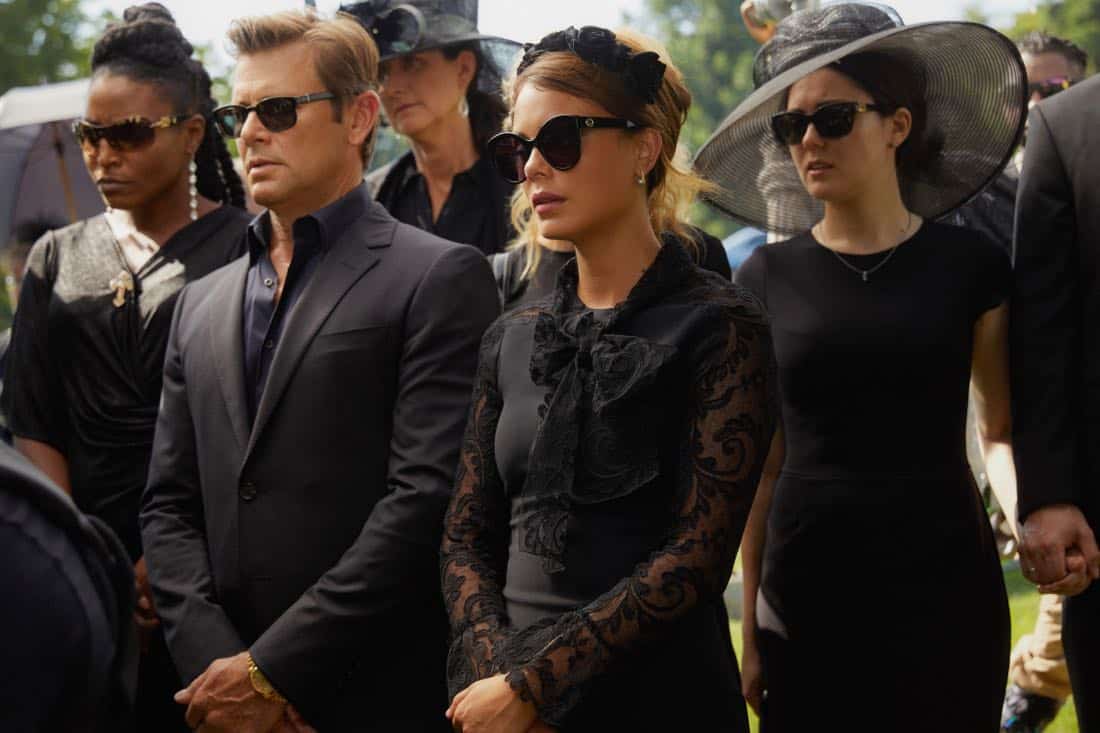 WHAT’S IN A NAME? — When it’s discovered that Matthew’s “accidental” death may have involved foul play, the spotlight falls on the Carringtons themselves.  The family must swallow their own suspicions of each other and close rank to defend the clan.  Cristal (Nathalie Kelley) struggles with what it means to be a Carrington, while Fallon (Elizabeth Gilles) begrudgingly helps cover up Cristal’s affair to protect the family name.  Despite their efforts, everything comes to an emotional head at Matthew’s funeral.  Grant Show, James Mackay, Rafael de la Fuente and Alan Dale also star.  Sallie Patrick wrote the episode, directed by Michael Allowitz (#102).  Original airdate 10/18/2017.