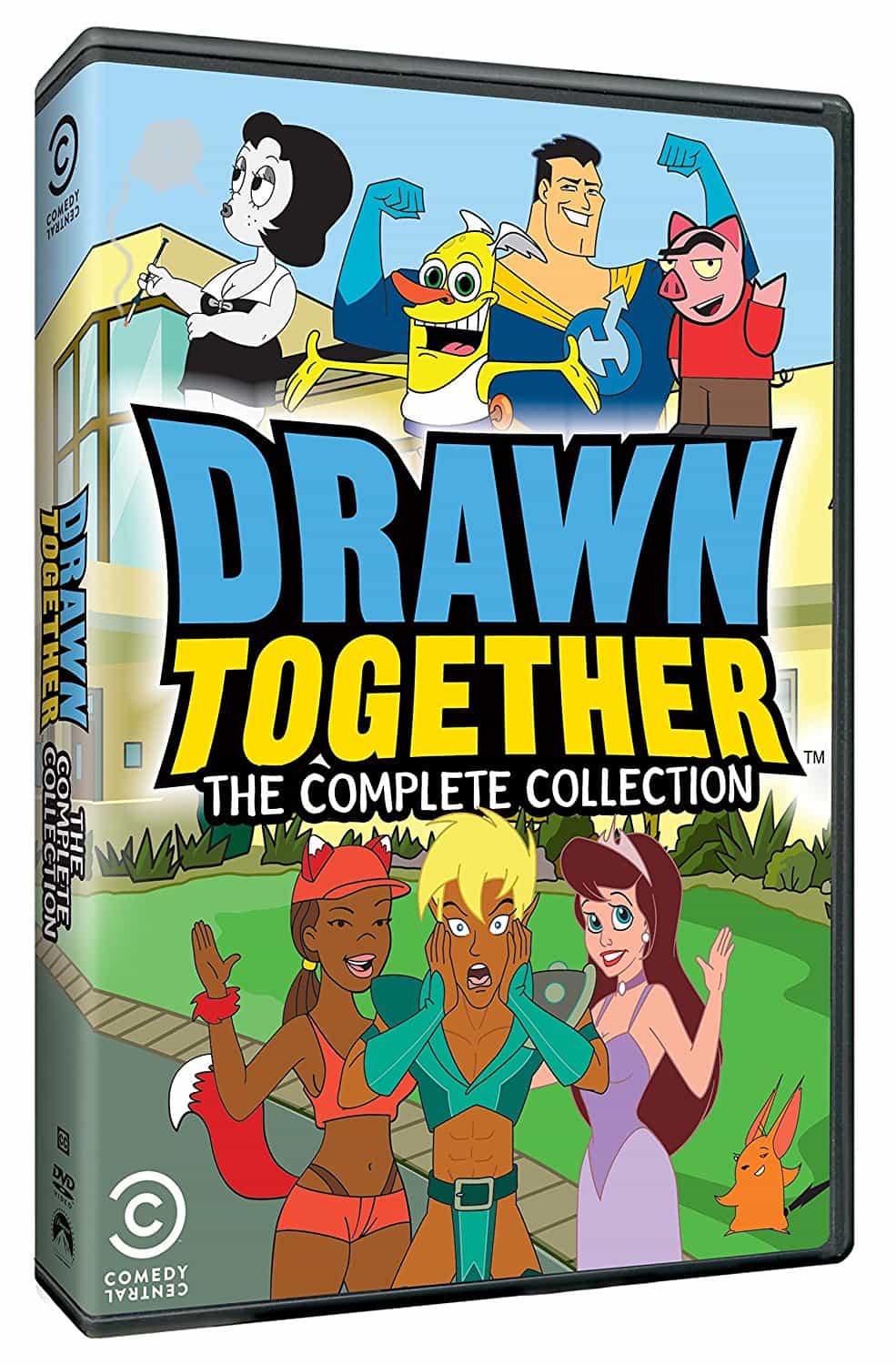 Seat42F and Paramount Home Media have teamed up to give TWO lucky winners a copy of DRAWN TOGETHER : THE COMPLETE COLLECTION on DVD. For a chance to win send an email to drawntogether@seat42f.com and tell us why you would like to add DRAWN TOGETHER : THE COMPLETE COLLECTION to your DVD collection. Only one entry per person. Contest ends October 17th. Winners will be notified on October 18th via email.

Television’s first “animated reality show” throws together eight cartoon archetypes, including a party-hearty superhero, a naive princess prone to singing, and a sexually ambiguous anime hero, in a house where cameras are on them all the time. As with most other reality shows, conflict ensues.

Available for the first time in one set, all three uncensoredseasons of the irreverent parody series plus the 2010 feature film The Drawn Together Movie: The Movie! will be available in Drawn Together: The Complete Collection on October 10, 2017.  The 7-DVD set also includes loads of bonus features such as deleted scenes, audio commentary, karaoke sing-a-longs, interviews, and more.