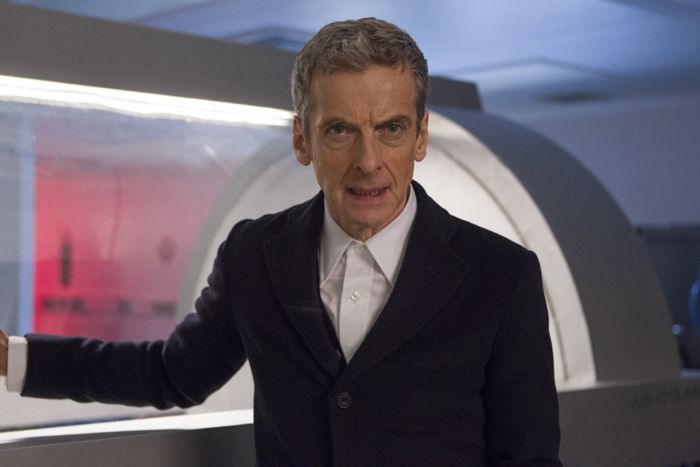 It was decades in the making: the return of the DOCTOR WHO.  Making its first debut in 1963, the quirky children’s series found an audience and then ran 26 consecutive years, surviving six regenerations (aka recasting) of its lead character.  But when audience interest dwindled in 1989 with the Seventh Doctor, DOCTOR WHO was pulled from the broadcast airwaves and shelved away for future generations.  An attempt to revive the series was made in 1996 with the Eighth Doctor, but that failed to spark enough interest and it was put back in storage.

Finally, in 2005, after a virtual 16-year gap between 1989 and 2005, DOCTOR WHO was successfully relaunched under the helm of Russell T Davies and with the casting of Christopher Eccleston as the Ninth Doctor.  Audiences across the globe embraced the new version of DOCTOR WHO and ratings for the series continued at a strong pace over the next 8 years, with two more regenerations as the role of The Doctor was recast two more times, the Tenth and Eleventh Doctors respectively.

Ratings for the 2005 premiere episode of Series 1, which introduced the Ninth Doctor, were 10.81 million viewers — a significantly higher ratings audience than when the show ended in 1989 with the Seventh Doctor at 4.19 million viewers.

Over the next 8 years, since 2005, ratings for DOCTOR varied but mostly averaged around the 9 million viewers mark each season. Then for the final year of the Eleventh Doctor (portrayed by Matt Smith), episodic ratings began at 10.08 in Series 5 and ended at 10.77 for Smith’s finale episode. (Note: This ratings data is for U.K. viewers.)

After an allegedly exhaustive search for the actor who would portray the Twelfth Doctor, in August 2013 it was announced that actor Peter Capaldi had been cast, which prompted me to write the article “DOCTOR WHO: How They Got the Casting of the Twelfth Doctor All Wrong”

Given now that Series 8 has premiered and four episodes have aired to date, I would hazard to say that I was entirely right in my assertion that Steven Moffat had chosen the wrong actor to portray the Twelfth Doctor – and the ratings both in the U.K. and the U.S. clearly reflect that.

Even with the addition of time-shifted viewing does not stop the erosion of viewers.  Ratings are still declining.

Accordingly, the viewing numbers speak for themselves:  fans in both the U.K. and the U.S. tuned in and found Peter Capaldi’s version of the Doctor not to their liking.  What had been promised as a darker, sleeker, more assertive version of The Doctor was in direct contrast to what fans found on the screen.  Capaldi’s version of the Twelfth Doctor has been more like a bumbling and doddering grandfather-figure.  He bore little resemblance, either physically or substantively to The Doctor that fans had come to know and love in the preceding 8 years.  And viewers voted with their television remotes – they have turned the channel or simply have not been tuning in.  There was over a 50% viewership loss between episodes 1 and 2 and another good drop in viewership between episodes 2 and 3, then again another viewership drop between episodes 3 and 4.

This is exactly what I feared when I initially heard who was cast to portray the Twelfth Doctor:  Steven Moffat had cast the role with an actor that was simply too old; or rather an actor who looked too old.  Peter Capaldi is 57 years old, but looks to be at least 75 years old.  The advanced aging of his appearance was not going to resonate with fans who had grown accustomed to seeing actors much younger and closer to their age.  In fact there is a 27-year age difference between Matt Smith and Peter Capaldi.

No matter how many times classic DOCTOR WHO fans assert that The Doctor was always meant to be a grandfatherly figure, the fact is that when DOCTOR WHO was revived in 2005, a much younger actor was cast.  Christopher Eccleston was 41 years old, which set a precedent on the age of The Doctor, and the character only got progressively younger with the castings of David Tennant and Matt Smith (who was only 27 years old when he began his tenure as The Doctor).

Between the younger casting and stories which romanticized and sexualized the role of The Doctor made the show much more accessible and addictive for the younger audience.  Thus, television viewers had grown accustomed in the past 8 years to having the stars of their favorite shows be attractive and young.  Selling sex-symbols to lure viewers has always been a very lucrative and profitable business for television.  However, out of sheer arrogance, Steven Moffat cast with his heart and not his business instincts when he cast the Twelfth Doctor.  Peter Capaldi is a fine actor, he just isn’t right for the role of The Doctor.  Admittedly, it is ageism.  But age has always been a determinative factor in entertainment.

And right now, it is not speculative, it is proven by the increasing audience-retention problems for DOCTOR WHO.  Just how long will BBC be able to take the financial hit before it caves and announces that they are looking to recast and build anticipation toward the Thirteenth Doctor – one who is young enough to lure back the very profitable younger generation of viewers?

At this rate, the BBC had better be in triage-mode and racing to get casting quickly done before the entire franchise (which airs in over 75 countries around the globe) starts circling the drain and moving towards the back-closet to be shelved for another 20 years until everyone can forgot how the BBC destroyed the DOCTOR WHO franchise for the second time in its 50 year history.

It took 26 years to kill the franchise the first time; and unfortunately, it only took them 8 years to kill the DOCTOR WHO franchise the second time.  Television executives should know perfectly well by now, it you want to keep your franchise on the air that they have to “feed the fans” – do not try force-feed them something or someone they do not want.

It is remarkable that I have lived to watch the DOCTOR WHO franchise die twice in my lifetime. Here is to praying that they can save it before the second “death” sticks.