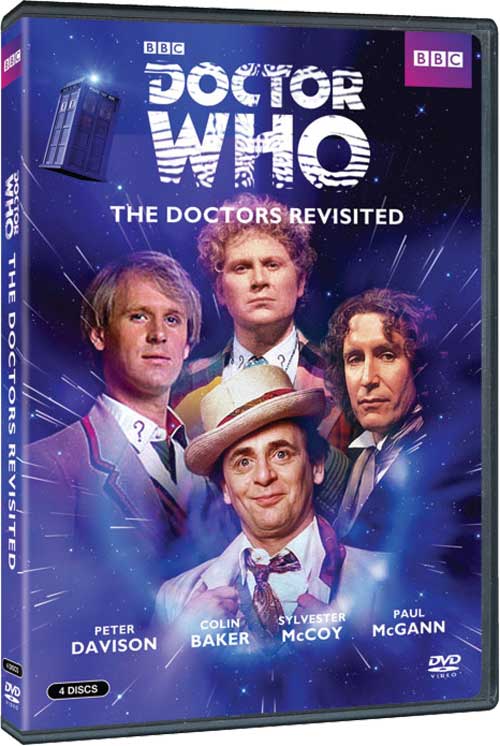 Seat42f and BBC Home Entertainment have teamed up to give THREE lucky winners a copy of DOCTOR WHO : THE DOCTORS REVISITED on DVD. For a chance to win leave a comment below telling us why you want to add DOCTOR WHO : THE DOCTORS REVISITED to your DVD collection. Only one entry per person. Contest ends October 15th. Winners will be notified on October 16th via email so make sure to use a valid email address when you post your comment.

The years 1981-1996 saw four new actors portray the Doctor: Peter Davison (1981-83), Colin Baker (1984-86), Sylvester McCoy (1987-89) and Paul McGann (1996). This collection features a retrospective on each actor and their tenure as the Doctor, followed by one full story for each Doctor, including Earthshock, Vengeance on Varos, Remembrance of the Daleks, and Doctor Who: The Movie, presented in both widescreen, feature-length version and in its episodic, original format.

Bonus features include a specially recorded introduction to each classic story by executive producer Steven Moffat. The set also includes an exclusive limited edition set of 4 fridge magnets, one for each Doctor.