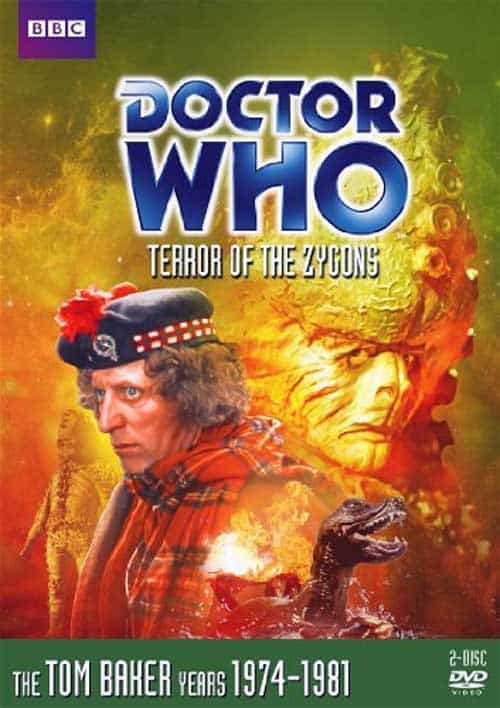 Seat42f and BBC Home Entertainment have teamed up to give THREE lucky winners a copy of DOCTOR WHO : TERROR OF THE ZYGONS on DVD. For a chance to win leave a comment below telling us why you want to add DOCTOR WHO : TERROR OF THE ZYGONS to your DVD collection. Only one entry per person. Contest ends October 22nd. Winners will be notified on October 23rd via email so make sure to use a valid email address when you post your comment.

Returning to Earth, the Fourth Doctor (Tom Baker), Sarah Jane (Elisabeth Sladen) and Harry (Ian Marter) arrive in the Scottish Highlands to investigate the mysterious destruction of several oil rigs in the North Sea. Local superstition speaks of a deadly threat that lurks in the mists of Tulloch Moor, but the truth is even more disturbing: the legendary Loch Ness monster is a terrifying cyborg beast which is controlled by the Zygons, an advanced alien race who are desperate to ensure their own survival, at any cost.  This digitally re-mastered edition of the Doctor Who classic includes an extended cut of Episode 1; Audio Commentary with producer Philip Hinchcliffe, writer Robert Banks Stewart, production unit manager George Gallaccio, make-up designer Sylvia James and special sounds designer Dick Mills; Scotch Mist in Sussex, a making-of featurette; and much more.