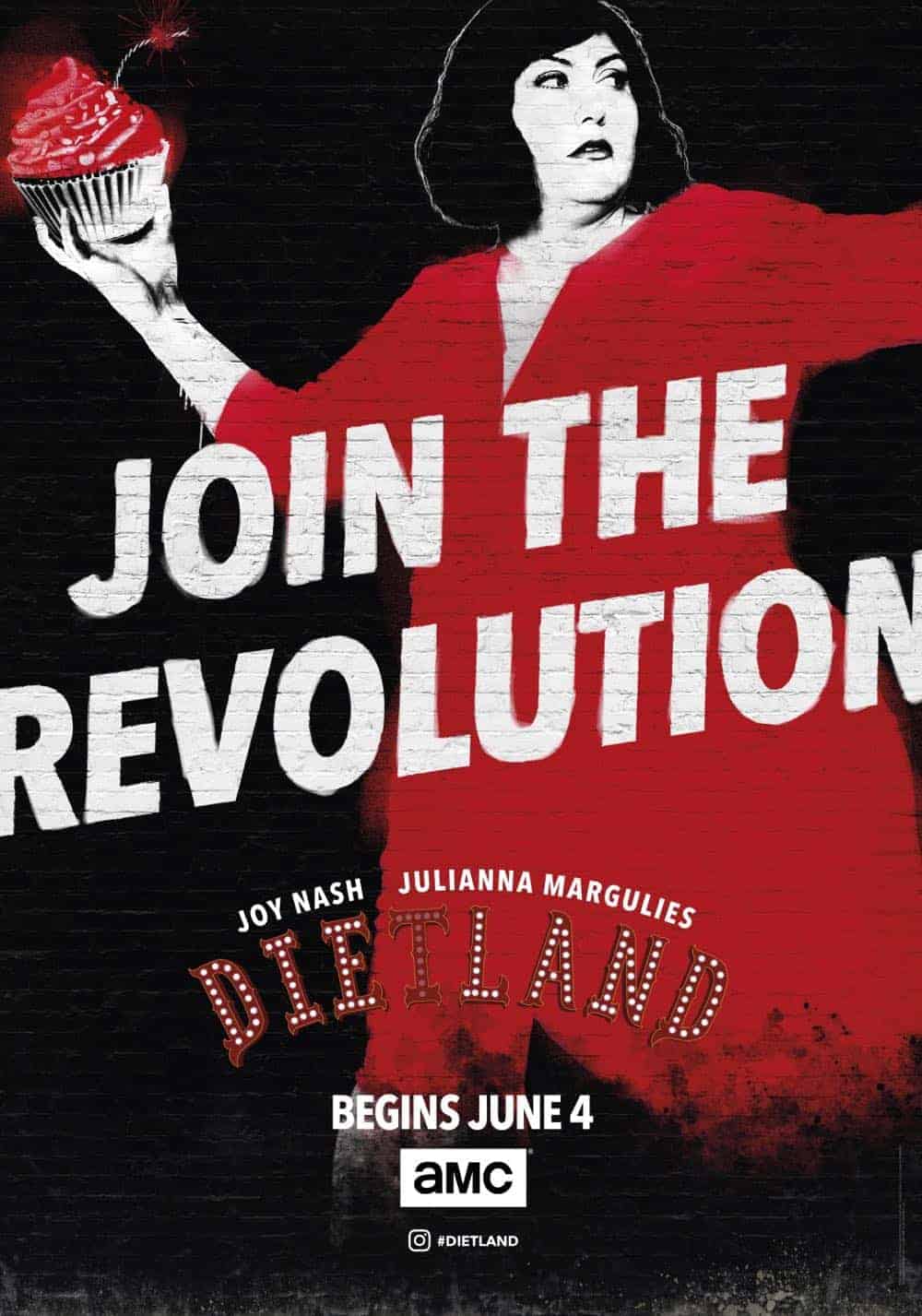 DIETLAND Season 1 Trailer + Poster Key Art – Dietland is a wickedly funny and extraordinarily timed satire about Plum Kettle, a ghostwriter for the editor of one of New York’s hottest fashion magazines. Struggling with self-image and fed up with how she’s treated by her boss and society, Plum sets out on a wildly complicated road to self-awakening. At the same time, everyone is buzzing over news reports about men, accused of sexual abuse and assault, who are disappearing and meeting untimely, violent deaths.

Plum also finds herself in the middle of two factions – one sisterhood who may be responsible for the attacks on male harassers, and the other which preaches female empowerment. She straddles these two groups, trying to make sense of the changing world and her part in it.

Equal parts revenge fantasy and heartfelt journey to self-acceptance, Dietland, which is based on Sarai Walker’s 2015 best-selling critically acclaimed novel of the same name, is a darkly comedic story that explores a multitude of issues faced by women today – including patriarchy, misogyny, rape culture, and unrealistic beauty standards.