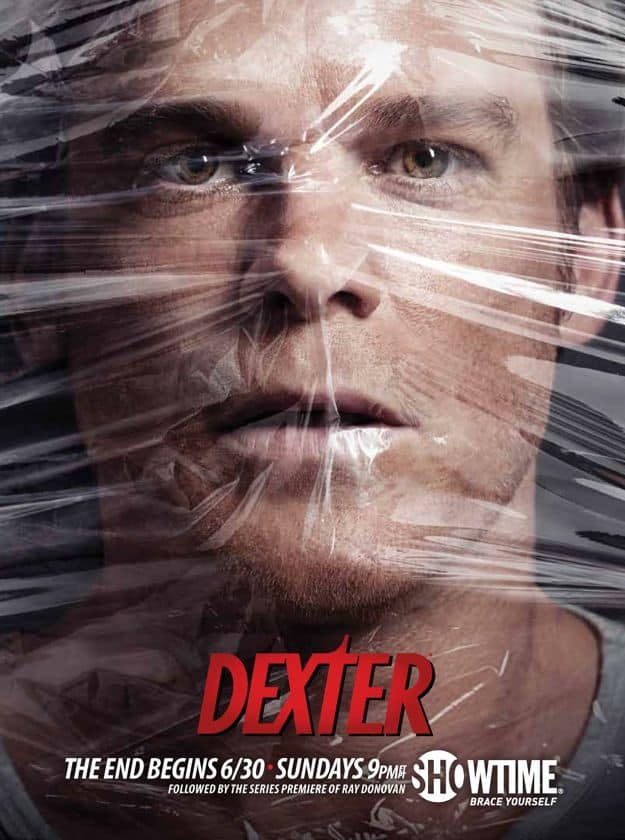 The title of Showtime’s DEXTER’s final season premiere is “A Beautiful Day,” which is misleading because there is nothing beautiful about the days in which the episode takes place, six months having passed. Dexter (Michael C. Hall) is in the darkest place he’s arguably ever been in, with Deb (Jennifer Carpenter) out of touch, off the grid as a renegade private investigator, taking the tough, dangerous cases. And from there, it only gets worse.

It’s not surprising that Deb has taken off. After killing La Guerta (Lauren Velez) to protect her brother, Deb finds she has trouble living with those decisions. The people that do kill in DEXTER tend to be psychopaths, and since Deb is a ‘normal’ person, she can’t find it in herself to accept such heinous crimes. As such, she flees from Dexter and her life as a cop, unable to move past what she has done.

Dexter, on the other hand, is a psychopath. He is someone who doesn’t value life or the feelings of others. He has been able to fake it all these years, but has never learned to truly care, except in very rare cases. With one of those exceptions, Deb, gone, Dexter has a hard time getting by.

Could it be that Deb is the one person that is holding Dexter together all along? Because he values his sister, the girl he is raised with, Dexter keeps himself in check to spare her. Last season, when he ditches the code that Harry (James Remar) taught him, it’s to protect Deb, proving that his feelings for her override pretty much everything else.

Now, with her gone, Dexter is going off the deep end. He snaps at work, says incriminating things, and even puts his son, Harrison (Luke Andre and Evan George Krunthcev), in harm’s way to save Deb’s life. His behavior is erratic and dangerous and he will get himself caught if Deb can’t forgive him and come back sometime soon.

It’s pretty unfortunate that just as Dexter is slipping up, Dr. Evelyn Vogel (Charlotte Rampling, Melancholia) comes onto the scene. Unlike past investigators, Vogel knows right away who Dexter is and what he is capable of. By the end of the first hour, she makes a move that may be either very smart or very dumb, but viewers and Dexter alike will not be kept wandering how close she’ll get all year. Instead, what remains in the dark is her motivation and what she wants.

It’s very likely Vogel has ties to Dexter’s past. She is acquainted with Captain Matthews (Geoff Pierson), and has relics from Dexter’s childhood. What is her connection to Harry, how long has she known about Dexter, and why is she doing what she is doing now?

Also, there is yet another serial killer in town. I can’t help but feel, giving Dexter’s penchant for twists, the fact that this is the final season, and the absence of seeing the killer in “A Beautiful Day,” that this particular murderer just may be someone we’ve seen before. Doakes and the Bay Harbor Butcher are elements of DEXTER that won’t just go away. Perhaps it’s all part of the same plot.

La Guerta’s death has shaken up the department in more ways than just running off Deb. Both Captain Matthews and Batista (David Zayas) have canceled their retirements and returned to the force in order to fill in gaps in the ranks. For Matthews, who was forced out, this makes total sense. But for Batista, who leaves the job after careful consideration, it’s kind of disappointing. I get what the writers are doing, wanting to keep him involved in the show, and given the way he is taking La Guerta’s passing, it makes sense. Yet, it also feels like an unnecessary step backward for him.

As many might have expected by the end last season, Quinn (Desmond Harrington) and Jamie Batista (Aimee Garcia) are now regularly hooking up. It seems mostly about sex, but they are definitely very into one another. I’m not really sold on this relationship, feeling like she can do better, and he should pick someone more age appropriate, but I’ll try to reserve judgment until we see how it all plays out.

We have a couple of new faces around in “A Beautiful Day,” too, as usual, but unlike past years, none of them stand out as well-known casting coups. That’s good, keeping the focus on the central players in the last year, which is important to end the series properly. There’s a good guest turn by Entourage’s Rhys Coiro, but he won’t be sticking around, so it doesn’t detract from this.

It’s too soon to tell if DEXTER’s eighth season will be more like its fantastic seventh or its lackluster sixth. However, with only a dozen episodes left to tell the story, there will definitely be closure. DEXTER feels like it’s moving into its final act, exploring the last corners of Dexter’s personality, making him desperate right before his triumph or downfall, depending on which direction the show goes in. It’ll be interesting for invested fans to find out which choice has been made.