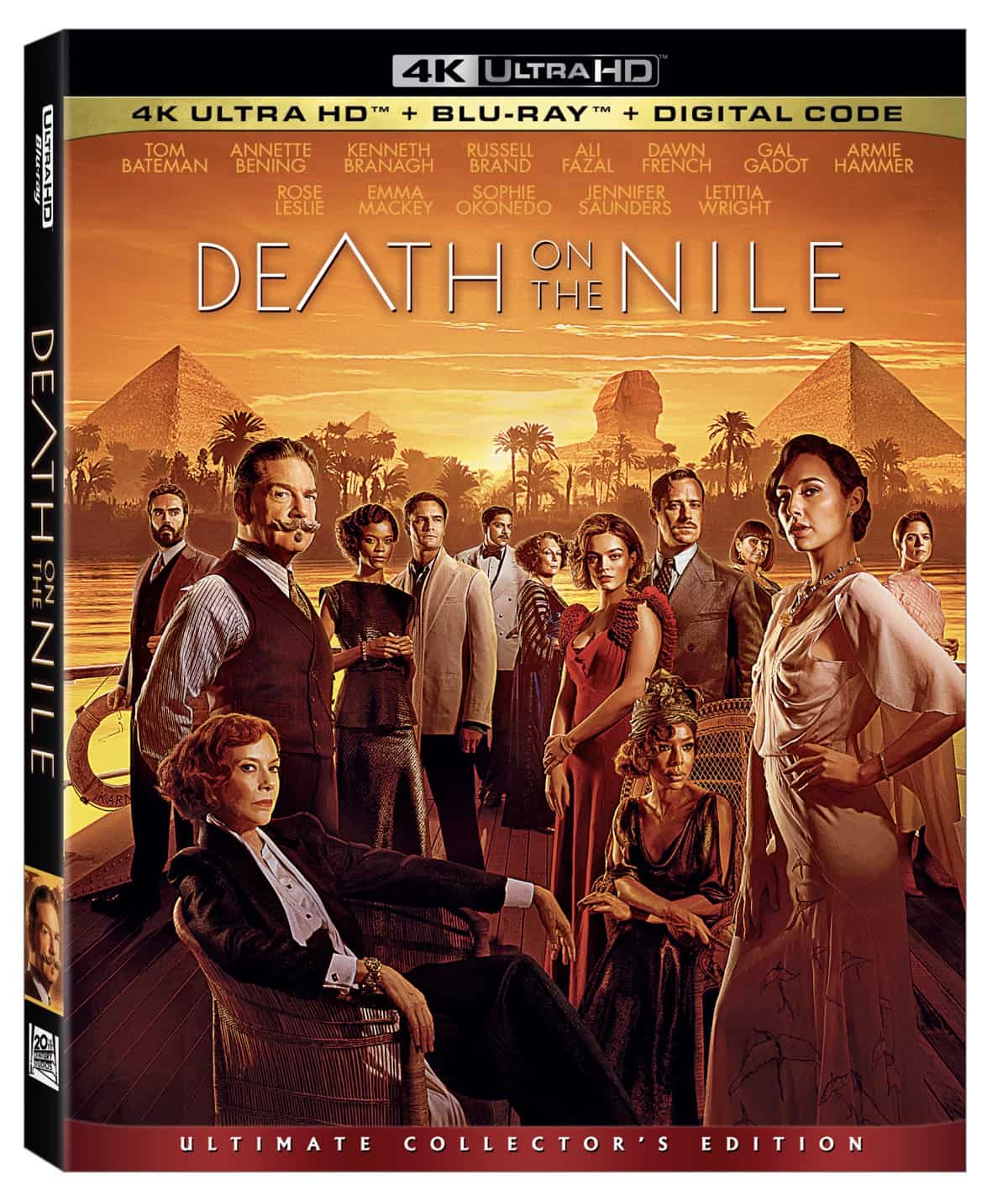 Based on Agatha Christie’s beloved 1937 novel, director Kenneth Branagh and an all-star cast bring new life to one of the most popular murder mysteries of all time.  Critics and audiences alike have praised the exquisite Death on the Nile for its stunning cinematography, rich storytelling and outstanding ensemble cast. Available on Digital March 29 and on 4K Ultra HD, Blu-ray and DVD on April 5.

Belgian sleuth Hercule Poirot’s (Kenneth Branagh) spectacular Egyptian vacation aboard a river boat becomes a terrifying search for a murderer after a picture-perfect couple’s honeymoon is cut tragically short. Based on Agatha Christie’s novel, this tale of passion and jealousy is filled with wicked twists and turns until its shocking finale.

Based on a novel by

* Rated R for violence, some bloody images, and sexual material.