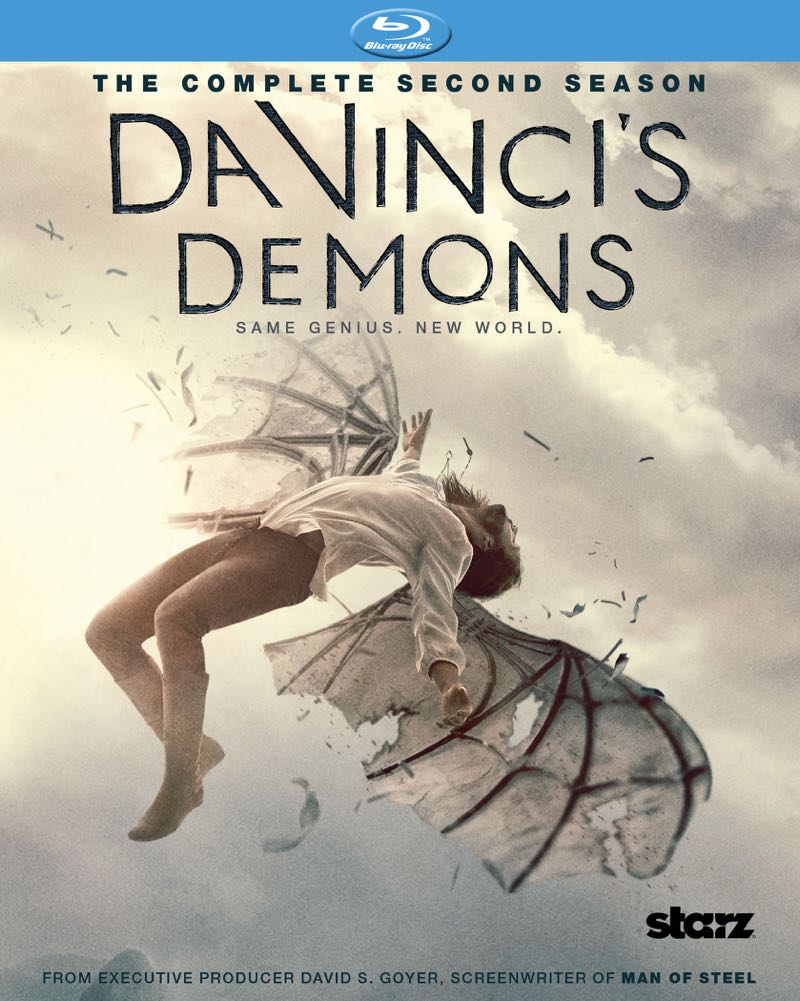 Seat42f and Anchor Bay Entertainment have teamed up to give TWO lucky winners a copy of DA VINCI’S DEMONS: THE COMPLETE SECOND SEASON on Blu-ray. For a chance to win leave a comment below telling us why you want to add DA VINCI’S DEMONS: THE COMPLETE SECOND SEASON to your Blu-ray collection. Only one entry per person. Contest ends March 10th. Winners will be notified on March 11th via email so make sure to use a valid email address when you post your comment.

Get ready to journey into one of the greatest minds in history! Anchor Bay Entertainment releases the second season of the critically acclaimed Starz Original series, “DA VINCI’S DEMONS: THE COMPLETE SECOND SEASON,” on Blu-ray™ and DVD on March 3rd. From Creator and Executive Producer David S. Goyer (Blade, The Dark Knight, Man of Steel), comes the second season of the series, bigger and bolder as Leonardo da Vinci travels to South America, Naples, and Turkey, in his quest to find answers. Science mixes with love, lust and thrills in an adventure that is as inventive as the man who inspired it. Bonus features include featurettes that give a behind-the-scenes look at the artistry that goes into the making of this lavish show, as well as a recap of Season 1. SRP is $54.99 for the Blu-ray™ and $44.98 for the DVD. Pre-book is January 28th. The series is currently available on all digital platforms.

“DA VINCI’S DEMONS: THE COMPLETE SECOND SEASON” begins as Florence is thrown into chaos in the wake of the Pazzi conspiracy and Leonardo da Vinci must push the limits of his mind and body to defend the city against the forces of Rome. When the dust settles, friends are buried and rivalries enflamed. While the Medicis go to unthinkable lengths to deal with new threats, da Vinci continues on his quest to find the fabled Book of Leaves and uncover the secret history of his mother. He’ll come to realize that he has lethal competition in his quest — new enemies who may be even worse than the forces of Pope Sixtus.