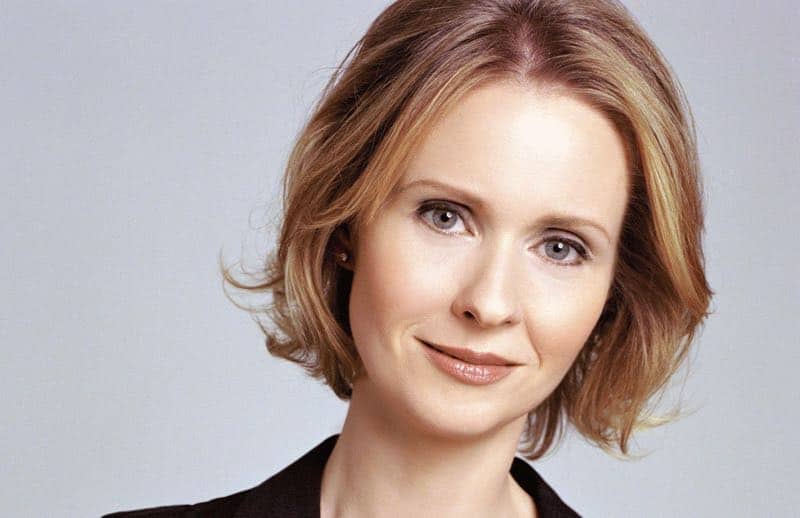 Emmy®, Tony® and Grammy® Award-winning actress Cynthia Nixon will guest star in season two of the Golden Globe®-winning SHOWTIME® drama series THE AFFAIR.  Nixon will play Marilyn Sanders, a direct and challenging Manhattan couples therapist who is helping Noah and Alison come together after a period of strain. Season two is currently in production in New York, and will premiere this Sunday, October 4th at 10 p.m. ET/PT on SHOWTIME.

Beginning in 1998, Nixon starred as Miranda Hobbes in the celebrated series Sex and the City, a role that garnered her two Emmy Awards. She then went on to co-star in the two successful Sex and the City films. Other film credits include the Oscar®-winning film Amadeus, 5 Flights Up, and A Quiet Passion. Nixon will next star in James White, which won The Best of Next Audience Award at Sundance earlier this year and is being released in November. Nixon was last seen in The Adderall Diaries playing James Franco’s long-suffering book editor. Nixon has appeared in over 40 plays, 10 on Broadway, with her Broadway debut at 14 in The Philadelphia Story. She earned the first of her three Tony Award nominations for her work in Indiscretions in 1995. Additional Broadway credits include roles in Angels in America, The Women, Hurlyburly, The Real Thing, Rabbit Hole, for which she won a Tony Award, and Wit, for which she was again Tony-nominated. In 2009, Nixon was awarded Best Spoken Word Grammy for her recording of Al Gore’s An Inconvenient Truth. This November, she will direct the New Group’s Steve, in its world premiere, which follows Steven, a failed Broadway chorus boy turned stay-at-home dad.

Season two of THE AFFAIR explores the emotional and psychological effects of an affair that destroyed two marriages, and the crime that brings these individuals back together. This season, the provocative drama will be told separately from four different perspectives, revealing four distinct truths. THE AFFAIR features Golden Globe® winning actress Ruth Wilson as Alison, a young woman attempting to move on from tragedy and build a lasting relationship while contending with the judgment of others and her own self-doubt. Her lover Noah (Golden Globenominee Dominic West) is a burgeoning writer trying to balance the temptations of success, the family he left behind, and the woman he loves. Noah’s former wife Helen (Emmy Award nominee Maura Tierney) is attempting to piece her life together while navigating divorce proceedings, care for her children, and her parents’ noxious influence. Screen Actors Guild® nominee Joshua Jackson plays Cole, Alison’s former husband struggling to overcome past heartbreak and start a promising new life. Yet the long-term ramifications of the affair continue to shape these lives, and will lead to an event that changes everything once again. Award-winning playwright and writer/producer Sarah Treem (House of Cards, In Treatment) and Hagai Levi (In Treatment) created the series. Treem serves as executive producer, along with Levi, Anya Epstein (In Treatment) and director Jeffrey Reiner (Friday Night Lights).