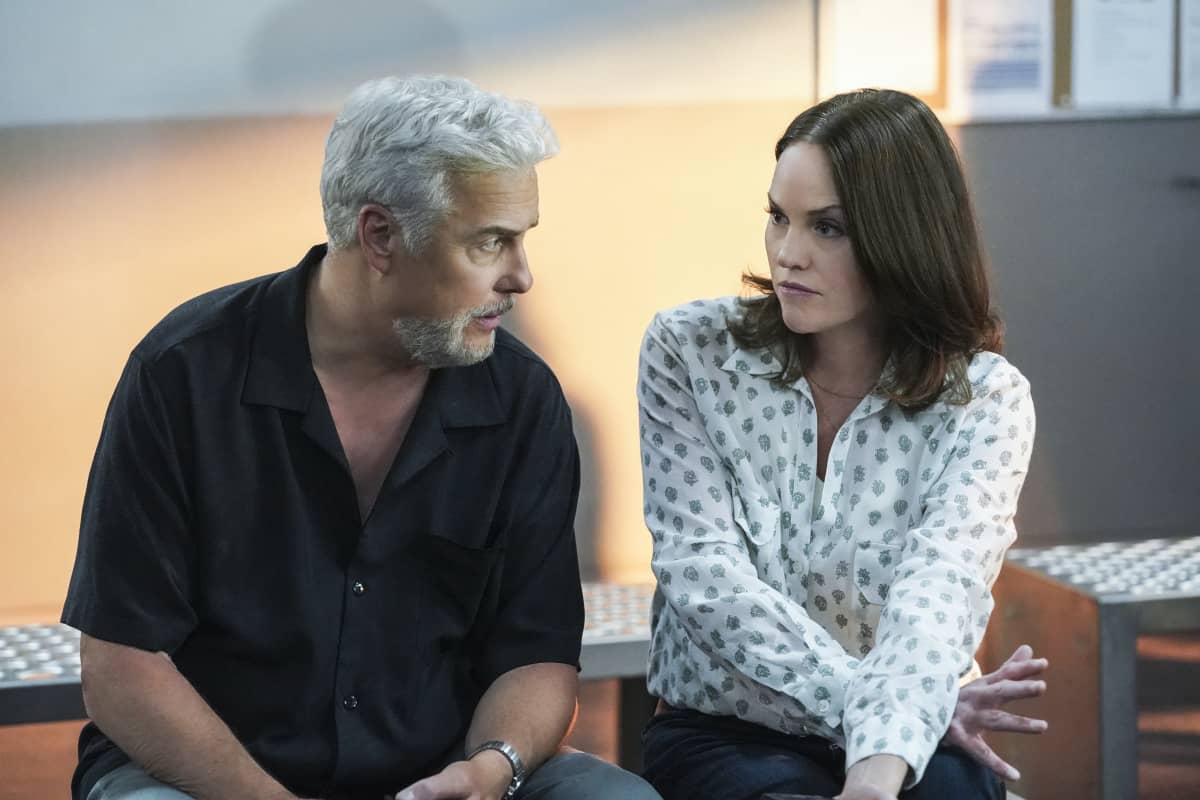 CSI VEGAS Season 1 Episode 2 Photos Honeymoon In Vegas – Gil Grissom and Sara Sidle come to the aid of a former colleague who is implicated in tampering with evidence. Maxine and the rest of the CSI team work the murder of a couple slain on their wedding day, following the evidence to the salacious underbelly of the Las Vegas elite, on CSI: VEGAS, Wednesday, Oct. 13 (10:00-11:00 PM, ET/PT) on the CBS Television Network, and available to stream live and on demand on Paramount+. s01e02 1×02 1.02 s1e2

CSI: VEGAS, the sequel to the Network’s global hit “CSI: Crime Scene Investigation,” opens a brand-new chapter in Las Vegas—the city where it all began. Facing an existential threat that could bring down the entire Crime Lab and release thousands of convicted killers back onto the neon-lit streets of Vegas, a brilliant new team of investigators led by Maxine Roby (Paula Newsome) must enlist the help of old friends, Gil Grissom (William Petersen), Sara Sidle (Jorja Fox) and David Hodges (Wallace Langham). This combined force will deploy the latest forensic techniques to do what they do best—follow the evidence—in order to preserve and serve justice in Sin City.