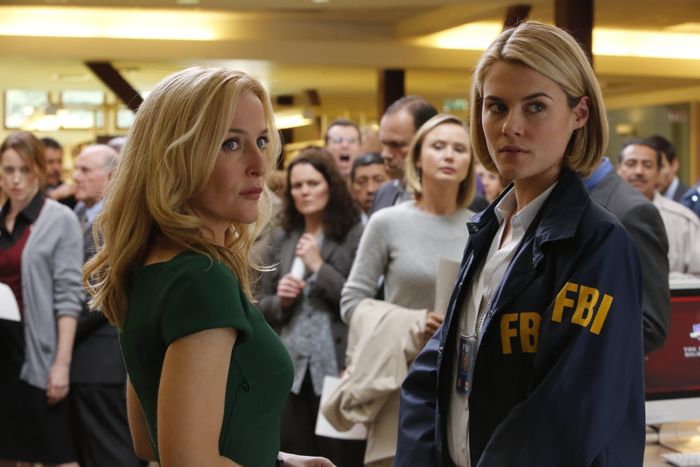 NBC’s CRISIS has a lot to overcome in order to be a good series. For one, it’s a hostage show, not exactly a new concept. For another, it stars Dermot Mulroney (New Girl, Enlightened), while another broadcast network program in this same television season called Hostages starred Dylan McDermott, with whom Mulroney is frequently confused. To make matters worse, both are set in or near D.C. with a connection to the First Family. And with Jack Bauer’s return right around the corner, the high-octane market has been effectively cornered for an already-established fan base, and CRISIS will have to compete with that.

The pilot, which airs tonight at 10 p.m. ET, begins horribly, not boding well for a show with multiple strikes against it already. What I mean by that is, it starts in what seems like a climatic moment, then flashes back eight hours. Given how ridiculously much this trope has been utilized on TV lately, the first scene does not do CRISIS any favors, and turned me against it before the title could grace the screen.

But once we get past that, it actually does establish itself as a compelling narrative. There’s a bona fide mystery, tense moments, unexpected twists, and it isn’t always clear who the heroes and who the villains are. It’s not highly originally, but it’s interesting enough to keep one’s attention, and the acting is quite good from many of the players.

A number of different characters are presented, but they all belong in this world, none of that random strangers tossed together junk that has already been done to death. The characters that make up this ensemble are all in the power player world near the nation’s capital. We have secret service agents and FBI, politicians and company heads, and the children of each. Sure, we see popular kids and the shy geek, but it’s an authentic enough mixture, not relying too heavily on stereotypes.

If this seems like a lot of people to keep track of, it is, and there are even more players when you add in the recurring parts and guest stars. But it takes this many to really fill out the story, which is a large-scale tale, not a small, personal anecdote. While it is hard to figure out how each is connected at the start, it gets easier as the hour unfolds, and will probably be even more so in the coming weeks.

The nice thing is, the pilot gives time to each role. Everyone doesn’t have the same number of minutes to be developed, but no one is ignored, either. There is enough dialogue and visible action for each of the main cast for viewers to start to work out how they feel about those involved.

CRISIS’s biggest asset is the adrenaline rush it evokes. The pacing is brisk and the danger feels real. There are a couple of shocking bits, maybe a little gratuitous violence, but it all adds up to a show audiences may want to keep watching, eager to figure out why the bad guys are doing what they’re doing, and who will be in peril next. At least, that’s the hope.