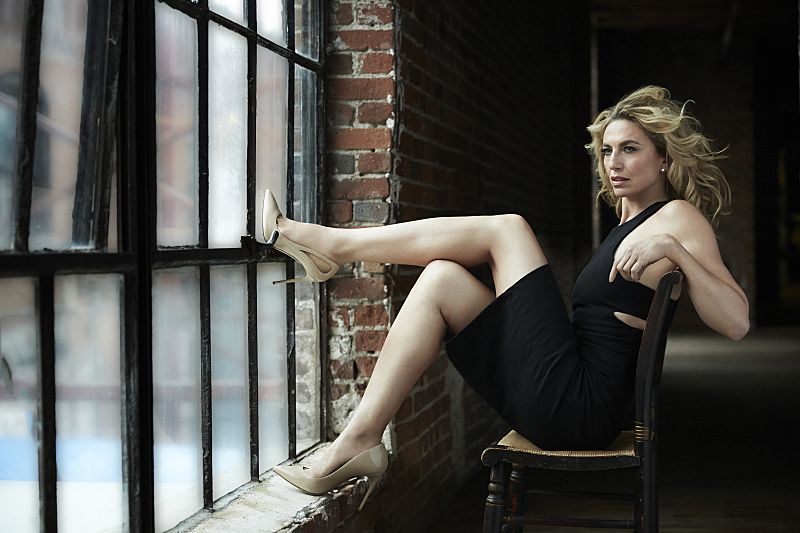 In an exclusive interview, star Claudia Black talks about the challenges that would be faced, the tricky alliances that would be made and if it is even realistic that people would do the right thing when faced with the terror and uncertainty of a viral outbreak.

What inspired you to want to get involved with a viral outbreak show?
CLAUDIA: I think it’s that people are very passionate, those who are making these shows. These are important stories to tell, that reflect our fears, about the politics around the world.  Because, in the digital era of the internet, we are receiving information so quickly, we have to become different people, become more mercurial and flexible.  I think what frightens us most are the little things that we can’t control that can become very big, very quickly.  That’s exactly what a virus does.  My character actually refers to this virus as rather “stupid”, because it doesn’t behoove itself to kill people so quickly.  It’s a brutal, brutal virus, with a 100% mortality rate in the first season.  We are really part of a network that is taking risks with the content that it’s producing and with a great, strong female presence on and off the camera.  I’m playing this extremely controversial character Sabine Lommers, who takes extreme measures — and she has to.  When I think about it, I’ve done a lot of research on trauma and I am very curious about it.  How it affects us and the way that we describe narratives to traumatic events, like “this occurred, and that means…” or “this occurred and therefore I must…” Sabine is in this position where she has no real margin for error.  She has to control something that is almost impossible to control.  If people follow the rules, then they will survive.  Yet human emotions get involved and people start to panic and the chaos ensues.  It’s an interesting, as the chaos develops, and how Sabine’s character starts to, in some ways, dismantle.  She, like everyone else, loses her life as she once recognized it.

Sabine employs Lex (David Gyasi)  pretty quickly to be a front man.  What are her motivations? Does she wants him to be an ally to support her cause, or does she wanted to set him up as a publicity “mouth piece”?
CLAUDIA: I think she wants both and I think that’s the thing about the world that Sabine lives in.  Things aren’t always black and white.  There’s a gray area and the more mature you get, the more you recognize the gray.  Even though Sabine has to talk in absolutes and make choices that are very definitive — morality, for her, seems to be in that gray area.  I think emotions, morality, and the small picture are a luxury for her to put time on and consider.  I think her relationship with Lex is very interesting because, as she loses everything in her life, he becomes an interesting foil for her. He is who she wishes she could be.  He gets to have a heart and wear it on his sleeve and she has to be brutal and scientific, just like a serial killer.  When you hear detectives and they say that they’re hunting a serial killer, they have to start thinking like the serial killer.  They have to become like the serial killer; there’s that sort of bleed over.  Sabine sort of has to act like the virus.  This particular one, she has to energetically get “in sync” with it.  Since it is so quick and so brutal, she must be.  Because it is her enemy.  She must somehow act accordingly to stop it in its tracks.  You were asking if she hired him as a “mouth piece.”  Right away, yes.  She’s taking action immediately, when she was appointed and sent to Atlanta, and Lex’s in the right place and right position.

When you said that Sabine makes these “gray area decisions”, are we supposed to start to think of her as the villain in the story?
CLAUDIA: I think there are several people who could be the villain in the story.  Julie [Plec] had introduced me and Trevor St. John as playing the two villains: one inside the quarantine and one outside.  I don’t see they are “villains” in that sense because they both believe they are in service of the greater good.  But their relationship with the truth is very different and I think Sabine is more mature in that regard.  As much as people would want to pursue what’s underneath and what the truth is, it may not save lives.

It seems like her decisions, as ruthless as they’ve been, have been absolutely necessary, you think it’s cold and people are going to die because of it.  But if she doesn’t, more people will actually die because of it.  It seems like extremely high stakes.
CLAUDIA: It is extremely high stakes. But she doesn’t get to be the child that has the tantrum — and yet there is an episode, fondly enough, where she does have a bit of a tense scene with Lex.  Sabine spends most of her time with him because they do become a team of sorts.  They kind of get stuck with each other.

Isn’t it also because Lex’s also in a unique position at the time?  No matter what his race, her character would still have selected him.  He was in the right position that she needed at that point.  It’s his area.  So she trusts him and appoints him, because she is an outsider, because she needs someone people will listen to?
CLAUDIA: She’s part politician.  I think it’s more political that he has the job he has even before she even shows up, in terms of race.  I think that her decision to appoint him is based on that relationship and the humanity he conveys.  It’s a double-edge sword for her.  Lex’s a person of integrity, which she can’t have him half-measure, so she ends up held accountable by him at times when she’s against the clock.  She’s against two different kinds of clocks.  She’s against the timeline of the virus and how it operates and she against the timeline of social media and the fact that it now exists.  It’s another enemy for her.  She is in her own internal war zone, trying to battle against things that she really can’t control.

It is hinted at this in the very first scene of the show that the virus could potentially get out.  Is that something we are going to be looking toward as the season goes on or is that just the inevitability of it?
CLAUDIA: I think that the virus is a megaphone in the storytelling.  This is one of the major defining characters of the show.  There’s gore.  There’s a lot of violence in terms of how the virus disrupts a person’s body and wears it down.  It tears relationships apart.  It minimizes or eradicates contact.  It’s really interesting how the virus affects the intimacy that is an integral to the story as well.  Those two things are enemies.   So there are the intimate relationships that are established in the pilot that then get torn apart by the virus. And the threat of it getting out is very real.

To see if Sabine Lommers does win in her crusade to eradicate the virus before everyone in the outbreak cordon dies and before it escapes the quarantine, be sure to tune in for the premiere of CONTAINMENT on Tuesday, April 19th at 9:00 p.m. on the CW.