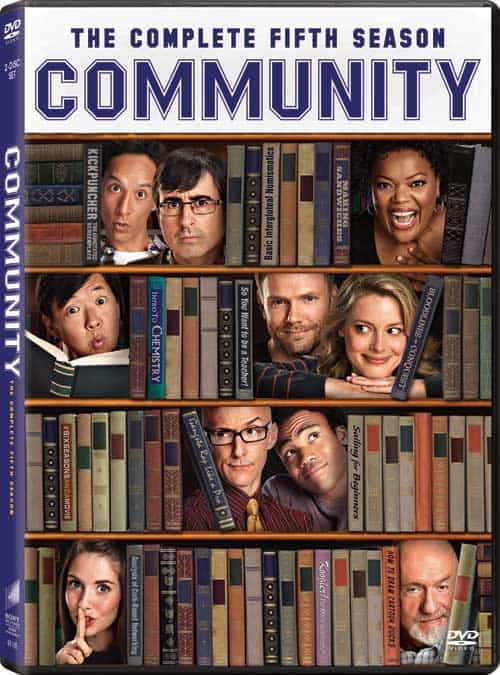 Seat42f and Sony Pictures Home Entertainment have teamed up to give FIVE lucky winners a copy of COMMUNITY Season 5 on DVD. For a chance to win leave a comment below telling us why you want to add COMMUNITY Season 5 to your DVD collection. Only one entry per person. Contest ends August 19th. Winners will be notified on August 20th via email so make sure to use a valid email address when you post your comment.

COMMUNITY: THE COMPLETE FIFTH SEASON contains all 13 episodes on a two-disc DVD set, featuring cast and crew commentary on every episode, outtakes, and two all-new, behind-the-scenes featurettes. “Re-Animating the ’80s” gives an inside look at the team behind the animation of “G.I. Jeff” and the process of developing the look, script and characters. “Advanced Television Production: 5 Days, 2 Scripts, No Sleep” is a 42 minute in-depth and intimate look into the writers’ room with creator Dan Harmon. The featurette documents Harmon as he writes two episodes in a very short amount of time, while managing his other duties as Showrunner, from attending rehearsals and reshoots to meeting with the crew on upcoming productions issues.