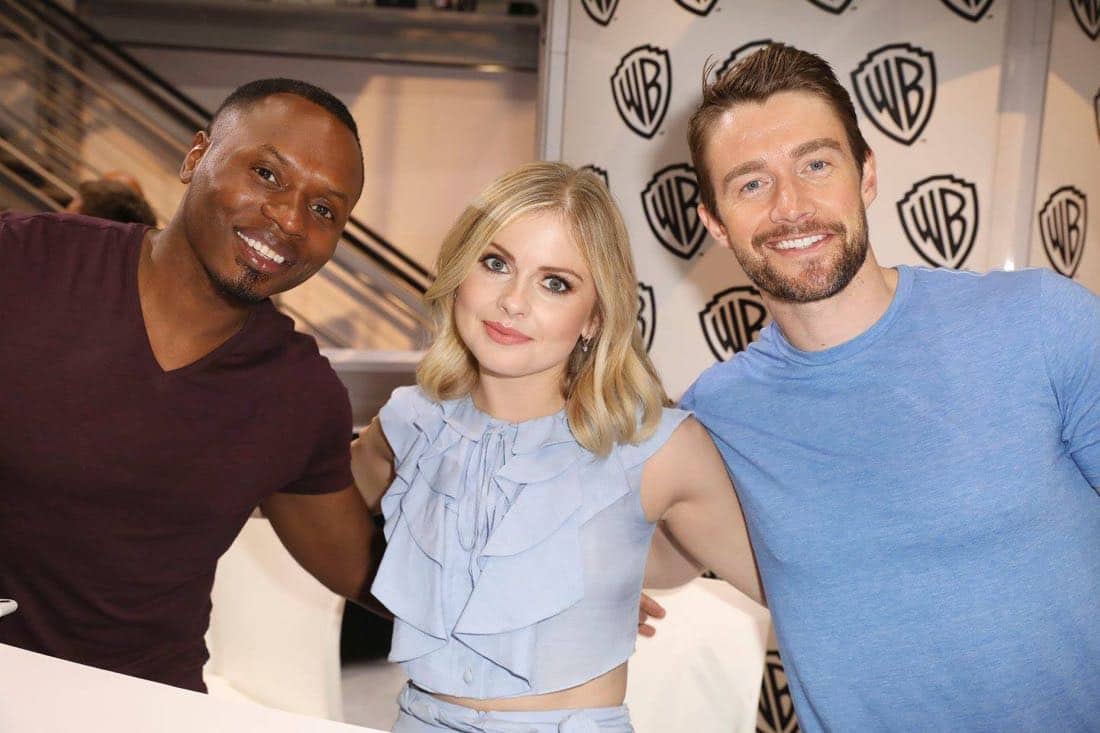 Everyone’s favorite Zom-Com-Rom-Dram is back! After the heart-stopping events of the iZOMBIE season finale, the secret is out: The public is no longer in the dark about the existence of zombies. With Seattle now under zombie control at the hands of Fillmore Graves, Ravi’s search for a cure and vaccine for zombie-ism is now more dire than ever. Be among the first to get the scoop on what’s in store for Liv and the gang in season four. Join us for a special video presentation followed by a Q&A with series stars Rose McIver, Malcolm Goodwin, Rahul Kohli, Robert Buckley, David Anders and Aly Michalka, as well as executive producers Rob Thomas and Diane Ruggiero-Wright (Veronica Mars). From Bonanza Productions Inc. in association with Spondoolie Productions and Warner Bros. Television and based upon characters created by Chris Roberson and Michael Allred for Vertigo from DC Entertainment, iZOMBIE returns midseason with all-new episodes on The CW. iZOMBIE: The Complete Third Season is available now on Digital and will be released on Blu-ray™ and DVD this fall. Become a fan of iZOMBIE on Facebook at https://www.facebook.com/cwizombie, and follow the show on Twitter at @CWiZombie.