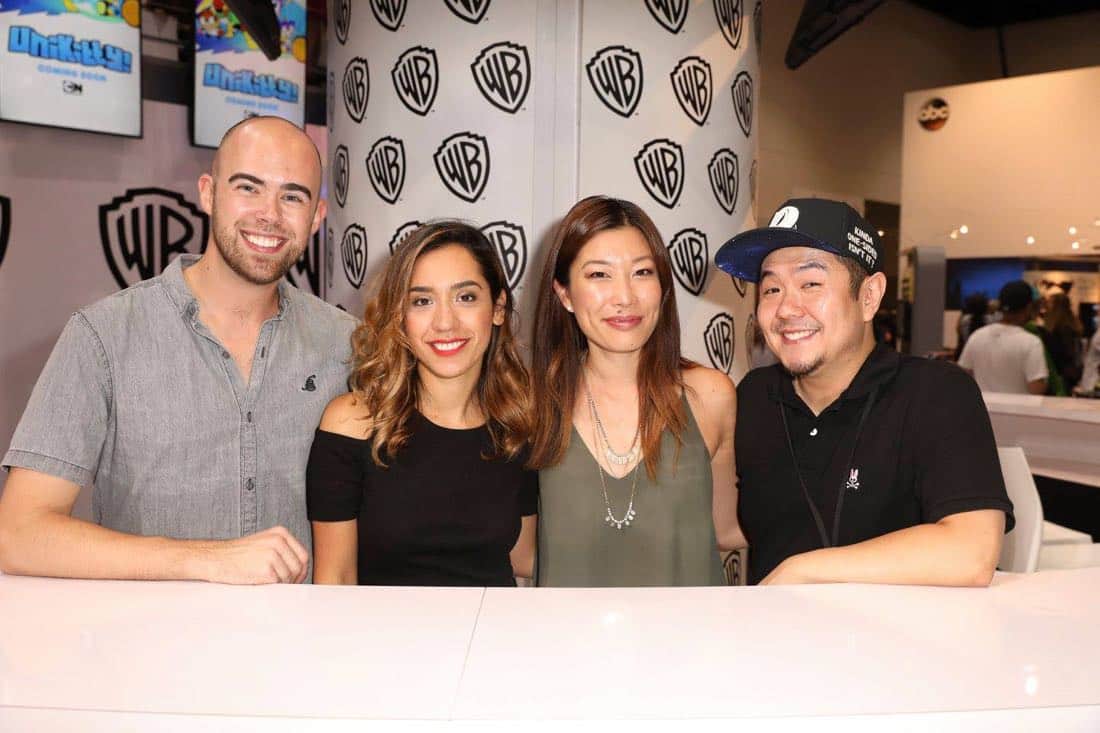 Your favorite character from The LEGO® Movie now has her own show! Journey to a joyous kingdom full of sparkle matter, happy thoughts and the occasional rage-out in Unikitty!, an all-new animated series. As ruler of the kingdom, Unikitty has busy days full of royal responsibilities. Unikitty is most interested in making sure everyone is happy and ridding the kingdom of negativity, but don’t misunderstand her optimism — she is one kitty not to be crossed. While she may be full of boundless energy and creativity, Unikitty is a force to be reckoned with if anyone gets in the way of spreading her positive vibes, especially if anyone makes her little brother and best friend, Puppycorn, sad. Also living in the castle are Dr. Fox, the resident scientist, and Unikitty’s trusty bodyguard, Hawkodile. Join producers Edward Skudder, Lynn Wang and members of the voice cast, including Eric Bauza, as they give a sneak peek of this new series and explain how Unikitty and her friends will make sure that every day is the happiest and most creative ever!Produced by Warner Bros. Animation, Unikitty! is coming soon to Cartoon Network. Follow Cartoon Network on Twitter at @CartoonNetwork.