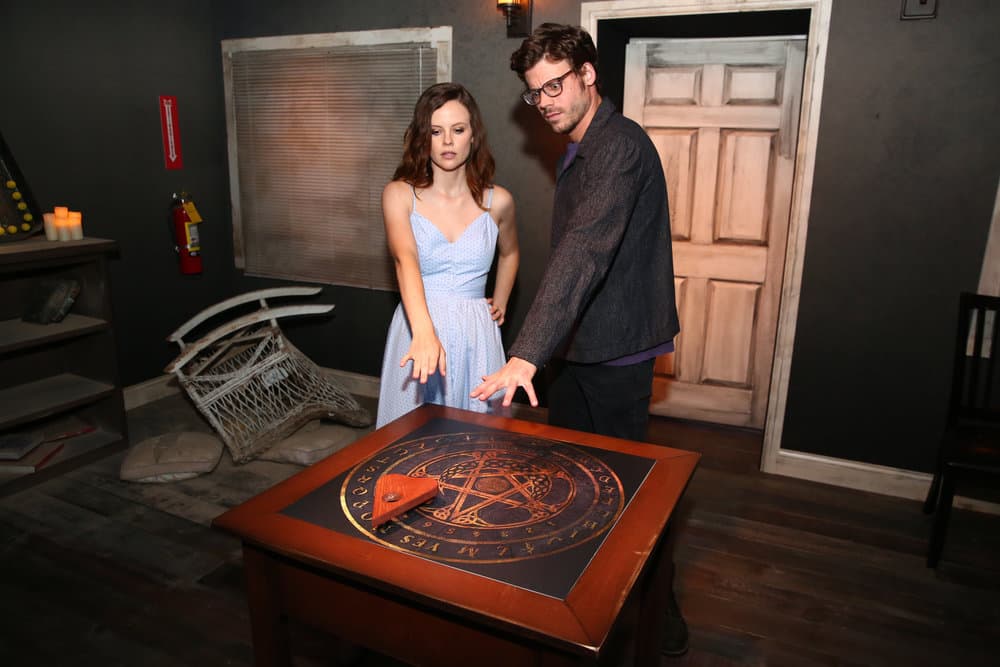 This supernatural thriller takes a journey into a remote Texas town called Midnight where nothing is what it seems. Where being normal is strange and only outsiders fit in, Midnight is a mysterious safe haven for those who are different — a perfect place for anyone looking to hide from the outside world.

“Midnight, Texas” stars François Arnaud (“The Borgias”) as Manfred, a charming, powerful psychic who can communicate with spirits and finds safety in Midnight surrounding himself with both human and supernatural allies. Midnight is also home to Bobo, proprietor of Midnight’s local pawn shop (Dylan Bruce, “Orphan Black”); Fiji, a witch who owns the local wiccan shop (Parisa Fitz-Henley, “Luke Cage”); Olivia, a mysterious assassin with a weapon for every occasion (Arielle Kebbel, “Ballers”); Joe, an angel who knows all of Midnight’s secrets having been around for millennia (Jason Lewis, “Sex and the City”); Lemuel, a wise vampire with a long history in Midnight (Peter Mensah, “True Blood”); Creek, an aspiring writer with big dreams who learns her family is harboring a deep secret (Sarah Ramos, “Parenthood”); and Rev. Emilio Sheehan, who can’t resist the pull of a full moon (Yul Vazquez, “Captain Phillips”).

As the town members fight off outside pressures from ever-suspicious cops, deadly biker gangs, and their own dangerous pasts, they band together and form an unlikely but strong family. “Midnight, Texas” is based on the best-selling book series by Charlaine Harris (author of the novels that inspired “True Blood”) and executive produced by Monica Owusu-Breen (“Agents of S.H.I.E.L.D.”) and David Janollari (“Six Feet Under”) and produced by Universal Television and David Janollari Entertainment.