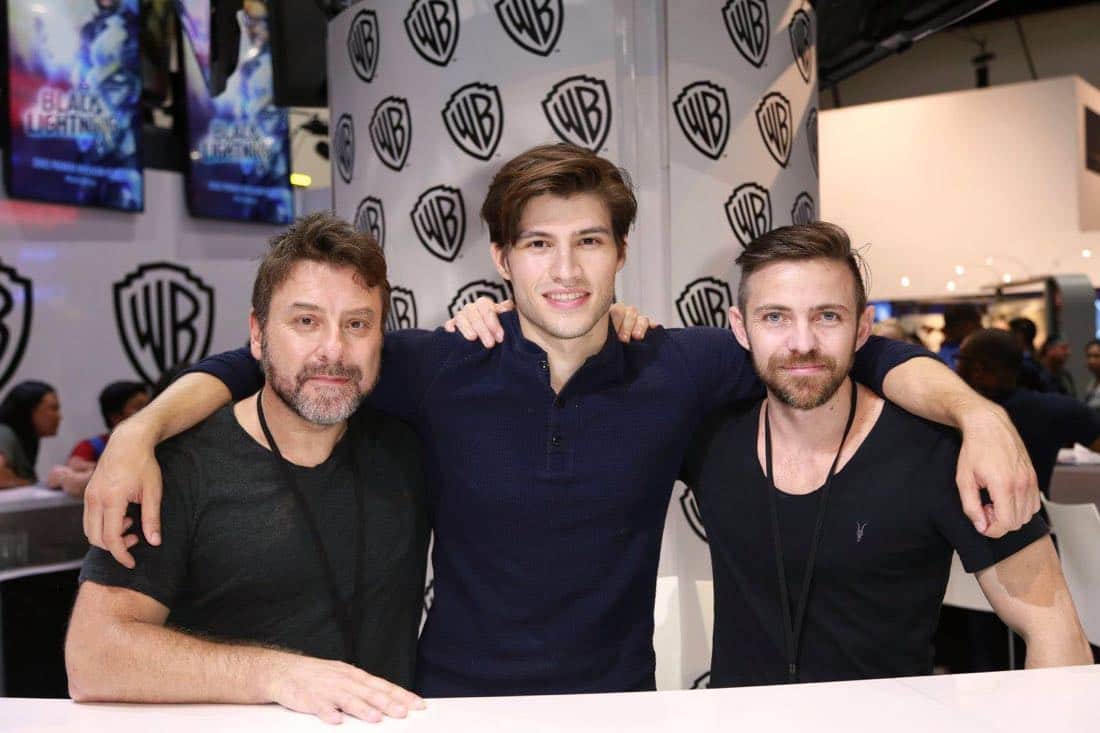 Set two generations before the destruction of the legendary Man of Steel’s home planet, Krypton follows Superman’s grandfather (Cameron Cuffe) — whose House of El was ostracized and shamed — as he fights to redeem his family’s honor and save his beloved world from chaos. Join series star Cameron Cuffe (The Halcyon, Florence Foster Jenkins) and executive producers Damian Kindler (Sleepy Hollow) and Cameron Welsh (Ash vs Evil Dead, Constantine) for a sneak peek at the upcoming series followed by an out-of-this-world Q&A. Based on DC characters, Krypton is from Warner Horizon Scripted Television and is executive produced by David S. Goyer (Man of Steel, Batman v Superman: Dawn of Justice, The Dark Knight trilogy) through his Phantom Four banner, along with Damian Kindler and Cameron Welsh. Krypton is based on characters created by Jerry Siegel and Joe Shuster, published by DC, and will debut in 2018 on SYFY. Follow the show on Twitter at @KryptonSYFY.