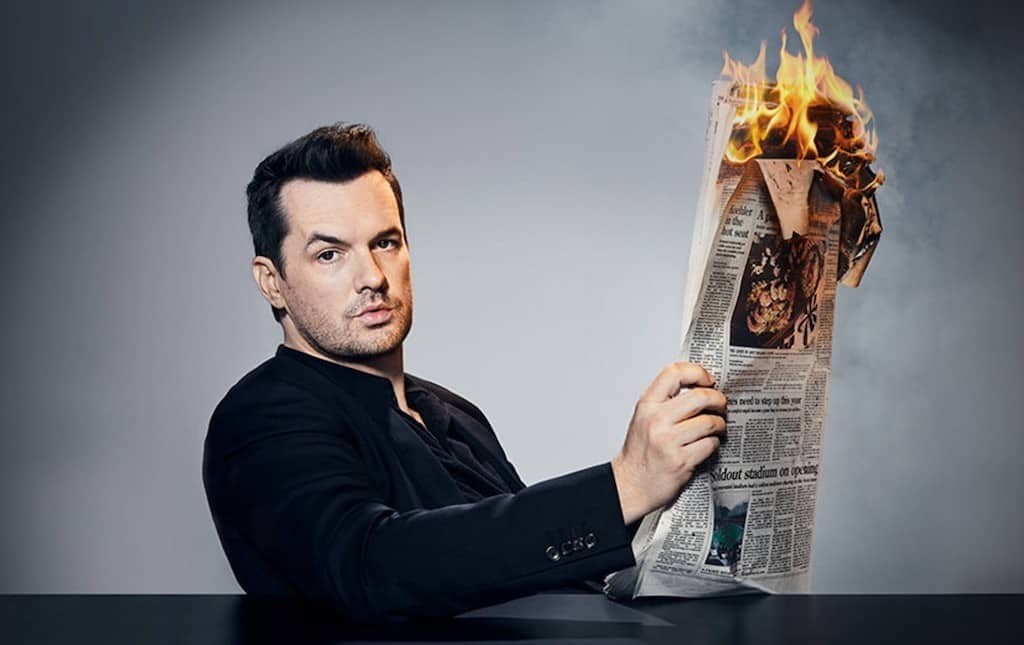 “You’d think I’d stop being surprised at how smart and funny Jim is about everything,” said Alterman. “I’m just glad we’re still giving visas to people from whatever shithole country he comes from.”

“I’m very happy that The Jim Jefferies Show will be coming back for a second season,” said Jefferies. “Thank you so much to Kent Alterman and everyone else at Comedy Central that makes this show possible. We have great things planned for this season including field pieces in Europe and Israel that I’m recording right now. I have missed being on air during the hiatus but luckily the President hasn’t said or done anything stupid worth talking about.”

Each week, Jefferies tackles the week’s top stories from behind his desk and travels the globe to far-off locations to provide an eye-opening look at hypocrisy around the world. Featuring interviews, international field pieces, and man on the ground investigations, Jefferies covers the most controversial issues, all through the lens of his distinctive brand of comedy. Jefferies sharp take on topics such as gun control, big game hunting, the National Anthem protests and sexual harassment have pushed the host into the mainstream late night conversation.

Jefferies, Scott Zabielski, Jason Reich and Brillstein Entertainment Partners’ Alex Murray and Tim Sarkes are the Executive Producers of The Jim Jefferies Show. Adam Londy and Daniel Wolfberg are the Executives in Charge of Production for Comedy Central.

A comedian, actor and writer, Jim Jefferies has established himself as one of the most respected comics of his generation with a controversial and belief-challenging stand-up style that continues to surprise and entertain audiences around the globe. He recently wrapped an international stand-up tour, “The Unusual Punishment Tour,” to rave reviews which came on the heels of releasing his second Netflix special Freedumb last summer.

Jefferies has also found critical success as an actor where he played the role of “Charlie” in the feature film And Punching the Clown, that premiered at the 2016 SXSW Film Festival and he created, wrote, produced and starred in the critically-acclaimed series Legit, which ran for two seasons on FX.