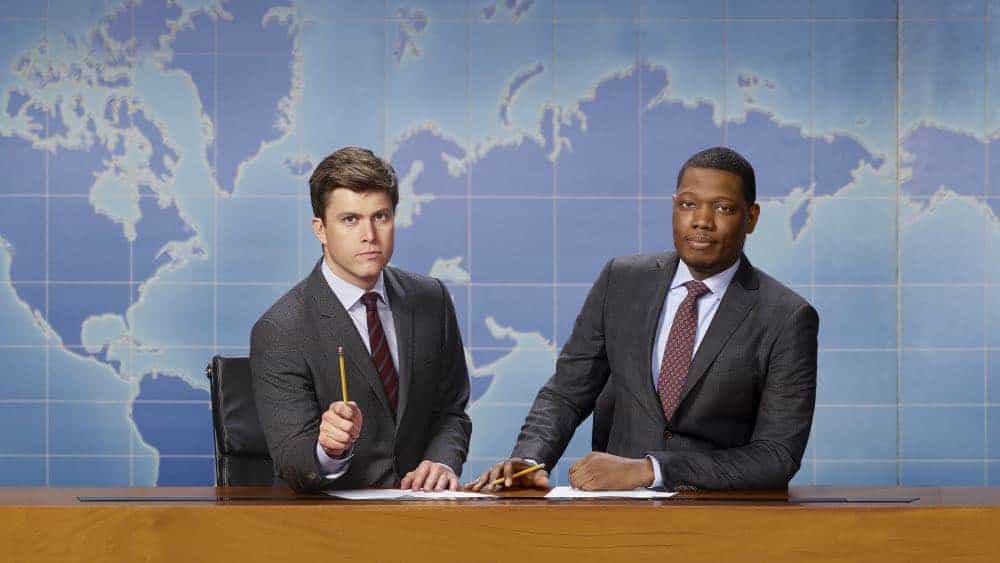 “NBC is thrilled to be the home of this year’s Emmy Awards and with Colin and Michael in the driver’s seat as hosts, along with surprise appearances by other cast members of ‘Saturday Night Live,’ I think we are in for one of the funniest awards shows in a long time,” said Robert Greenblatt, Chairman, NBC Entertainment.

Added Paul Telegdy, President, Alternative and Reality Group, NBC Entertainment: “We’re proud of our deep comedy roster at NBC, and Michael and Colin – along with the return of king of comedy producer Lorne Michaels – will make this the must-see comedy event of the year.”

“We are elated that Colin Jost and Michael Che will bring their hilarious collective talents to hosting this year’s Emmy Awards,” said Hayma Washington, Television Academy chairman and CEO. “They have an amazing onscreen rapport and we are delighted to begin working with them along with the entire NBC team.”

“We’re proud to be the first duo hosting the Emmys since Jenna Elfman and David Hyde Pierce, and somehow that’s a real fact,” said Jost and Che.

Jost and Che are Emmy-nominated co-head writers on “SNL” who began their tenure on “Weekend Update” in 2014. A four-time WGA Award winner and recipient of a Peabody Award, Jost started at “SNL” as a writer in 2005. Che, who was previously named on Variety’s 10 Comics to Watch list and Rolling Stone’s 50 Funniest People, joined “SNL” in 2013. Each was named as a co-head writer on “SNL” in 2017.

So far this season, “Saturday Night Live” is averaging a 2.82 rating in adults 18-49 and 9.405 million viewers in “live plus seven day” figures from Nielsen Media Research. This is the show’s #2 most-watched season at this point in 23 years. With the inclusion of projected 35-day non-linear ratings, “SNL” this season is averaging a 3.78 rating in 18-49.

Nominations for the 70th Primetime Emmy Awards will be announced Thursday, July 12 from the Television Academy’s Wolf Theatre at the Saban Media Center.