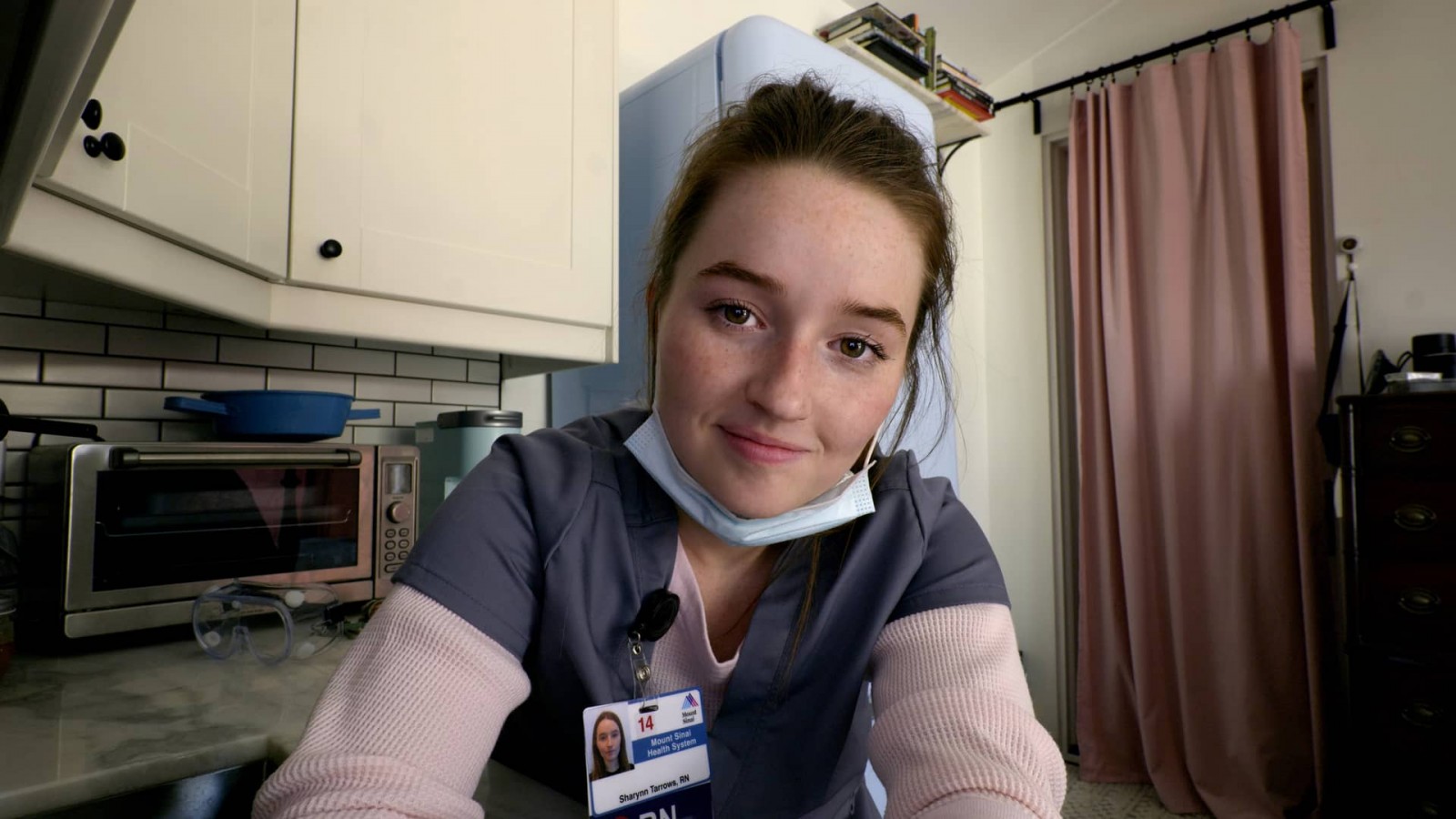 Originally conceived for the Public Theater in New York, COASTAL ELITES took the leap from the stage to the screen at the beginning of the pandemic and evolved in real time as the unprecedented events of 2020 unfolded. Filming took place earlier this summer under quarantine guidelines.

COASTAL ELITES spotlights five distinct and impassioned points-of-view across the United States. When the shutdown forces these characters to cope in isolation, they react with frustration, hilarity and introspection.

Miriam Nessler (Bette Midler) is a long-time teacher in the New York City public school system, who loves her students, the New York Times and the theater, and who finds herself in police custody.

Sharynn Tarrows (Kaitlyn Dever) is a young nurse from Wyoming who flies to New York to volunteer at a hospital at the height of the area’s COVID-19 crisis.

Mark Hesterman (Dan Levy) is a young actor in West Hollywood videoconferencing with his therapist at a moment of peak career and personal stress.

Clarissa Montgomery (Sarah Paulson) is a YouTube personality filming episode 28 of her Mindful Meditations, hoping to soothe, inspire and heal her followers.

Callie Josephson (Issa Rae) is a well-connected philanthropist whose prep school network leads her to the highest levels of government.