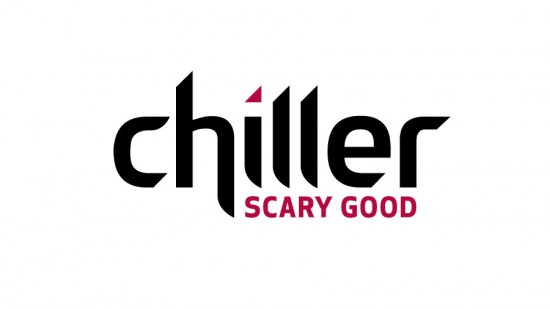 Chiller today unveiled two additions to its growing slate of original films: Animal, from executive producer Drew Barrymore for Flower Films, and Deep in the Darkness, from Synthetic Cinema International. Both will join the previously-announced Beneath and The Monkey’s Paw on Chiller’s 2013-2014 original films slate.

In an unprecedented move for the network, all four films will be available on VOD and have a limited theatrical release prior to their Chiller television debut. Under this new strategic approach, the network will continue to develop original movies for its schedule, but will also give select films added exposure by releasing them on VOD (in partnership with NBCU Digital Distribution) and in select independent theaters (in partnership with Synthetic Cinema International).

“Chiller is establishing a tradition of developing diverse and high-quality horror content with some of the best filmmakers in the genre,” said Thomas P. Vitale, EVP, Programming and Original Movies for Syfy and Chiller. “With the creation of the new Chiller Films initiative, we’re thrilled to be able to not only nurture and develop great product alongside these talents, but also to help maximize the highest potential audience for these movies by providing distribution on multiple platforms.”

The first Chiller Films title to follow the new release will be the previously-announced original Beneath, from renowned horror director Larry Fessenden. Beneath, which premiered at the Stanley Film Festival in May 2013, will launch its VOD and theatrical run on July 16 (including, notably, the IFC Center in New York). The film will air on Chiller later this year.

The Monkey’s Paw will follow Beneath with a theatrical/VOD release on October 8, 2013 with an eye towards a 2014 television debut on Chiller; Deep in the Darkness and Animal are both slated for 2014 releases.

When plans for a weekend vacation hit a dead end, a group of close-knit friends find themselves stranded in unfamiliar territory, pursued by a menacing, blood thirsty predator. Holed up in an isolated cabin, tensions mount as long-buried secrets are revealed. As the body count rises, the group must put their differences aside and fight for survival. Animal is from executive producers Drew Barrymore and Nancy Juvonen, and producers Chris Miller, Ember Truesdell, Kelly Smith and Thommy Hutson for Flower Films. The film is written by Thommy Hutson and Catherine Trillo and directed by Brett Simmons; creature effects are by Gary J. Tunnicliffe.

About Deep in the Darkness

Dr. Michael Cayle thought leaving the chaotic lifestyle of New York City behind for the quiet, small town of Ashborough would bring his family closer together. Soon after arriving, however, he discovers the town’s deepest secret: a terrifying – and controlling – race of creatures that live amongst the darkness in the woods behind his home. Deep in the Darkness stars Sean Patrick Thomas and Dean Stockwell, and is produced by Andrew Gernhard and Zach O’Brien for Synthetic Cinema International (Remains, Dead Souls). The film is written by John Doolan and directed by Colin Theys. Based on the novel by Michael Laimo.

When a group of young friends commemorating their high school graduation take a trip to the remote Black Lake, their celebration turns into a nightmare with the sudden appearance of a bloodthirsty, underwater predator. Stuck in a leaking boat with no oars, the teens face the ultimate tests of friendship and sacrifice during a terror-stricken fight for survival. Beneath is written by Tony Daniel and Brian D. Smith, and directed by horror icon Larry Fessenden (The Last Winter, Habit). Produced by Fessenden and Peter Phok for Glass Eye Pix (Stake Land, The Innkeepers, I Sell The Dead).

About The Monkey’s Paw

After Jake Tilton acquires a mystical “monkey’s paw” talisman that grants its possessor three wishes, he finds his world turned upside down after his first two wishes result in his malevolent coworker, Tony Cobb, being resurrected from the dead. When Cobb pressures Jake into using the final wish to reunite Cobb with his son, his intimidation quickly escalates into relentless murder – forcing Jake to outwit his psychotic friend and save his remaining loved ones.