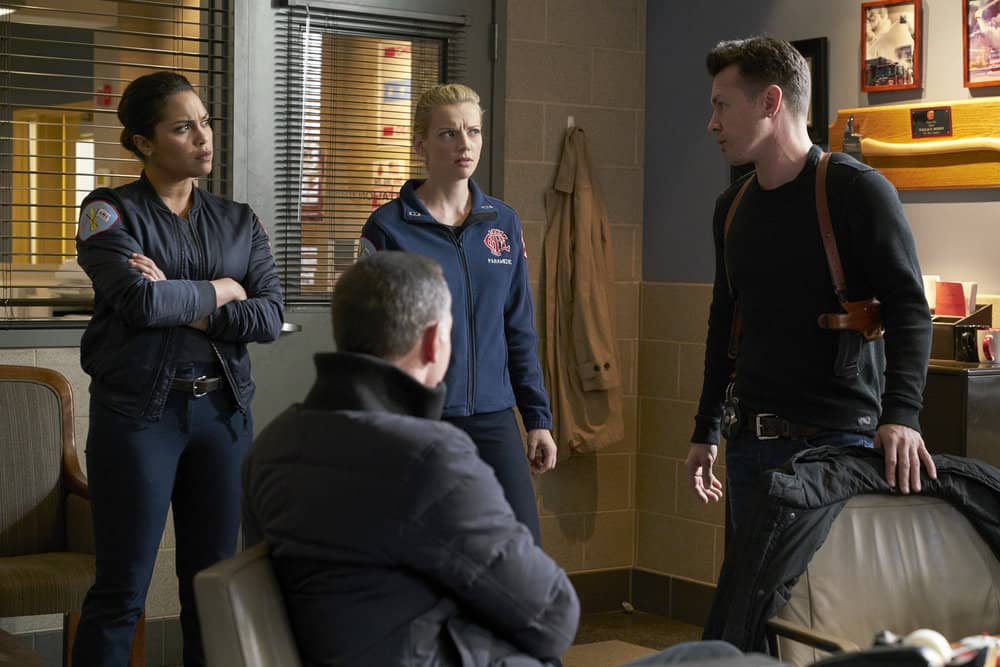 Intelligence investigates a string of bombings targeting members of the media. Racing against a ticking clock, the team enlists Firehouse 51 to help examine the devices and prevent the next attack. – 100th episode (crossover with Chicago Fire) CHICAGO P.D. Season 5 Episode 16 Photos Profiles