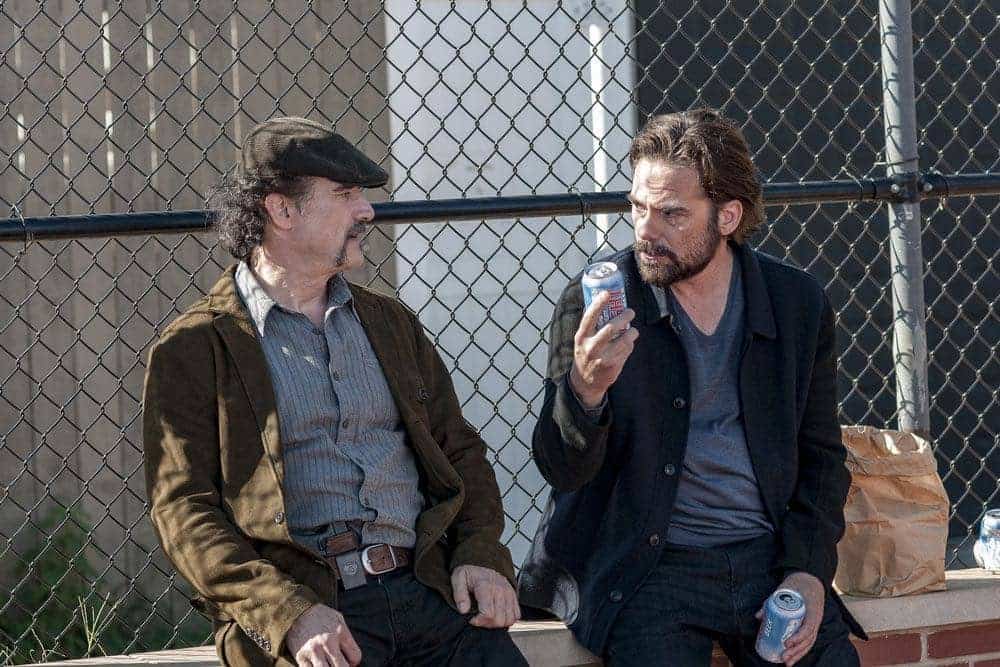 CHICAGO P.D. Season 4 Episode 6 Photos Skin In The Game : A TEENAGE GIRL IS FOUND DEAD INSIDE THE HOME OF A FAMOUS BASEBALL PLAYER AND FRIEND OF OLINSKY. – After receiving a complaint from a frustrated neighbor, Burgess (Marina Squerciati) and Officer Sorensen (guest star Kevin Kane) arrive to the house of baseball player Jake McCoy (guest star Billy Burke), and find the dead body of a 16-year-old girl, Maya Collins (guest star Violett Beane). There is conflict within the case as Intelligence learns that Olinsky (Elias Koteas) and McCoy are friends, and McCoy admits that he was helping Maya and other girls try to escape the sex trade. Meanwhile, Burgess and Sorensen track down a thief who turns out to be a cop with a rocky past, and Lindsay (Sophia Bush) gets a mysterious flower delivery that may be tied to her past. Also starring Jason Beghe, Jon Seda, Jesse Lee Soffer, Patrick Flueger, LaRoyce Hawkins and Amy Morton. Guest starring Barbara Eve Harris, Chris Agos, Matt McTighe and Sophia Ntovas.