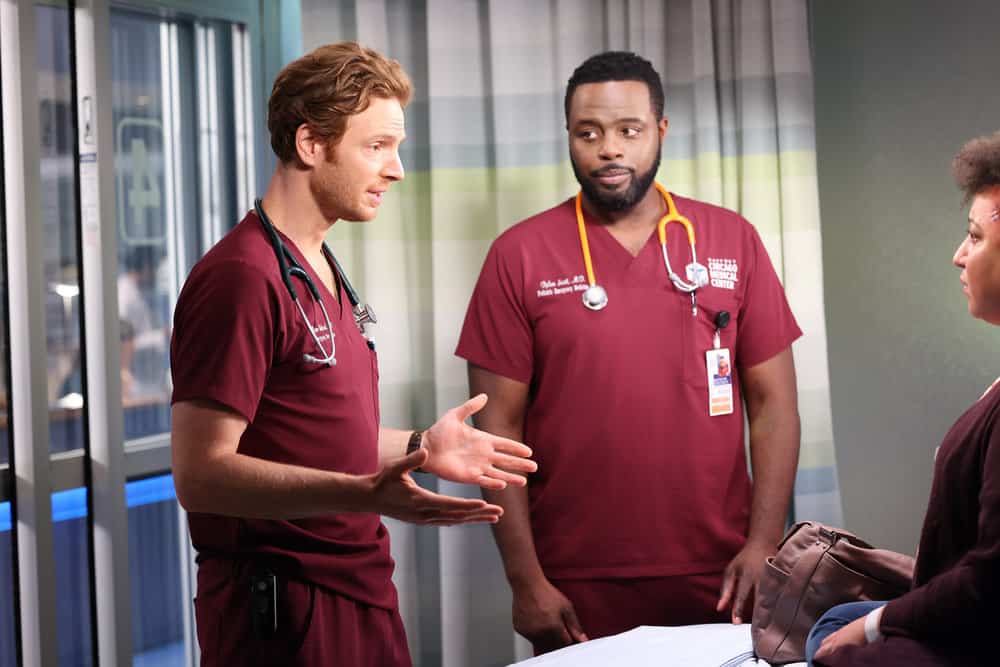 CHICAGO MED Season 7 Episode 3 Photos Be The Change You Want To See – 10/06/2021 (08:00PM – 09:00PM) (Wednesday) : Dylan and Will deal with a dishonest patient whose lupus is in remission. A wealthy donor makes inappropriate advances toward Stevie. Vanessa, Crockett and Charles try to convince a young woman to have life-saving surgery. s07e03 7×03 7.03 s7e3