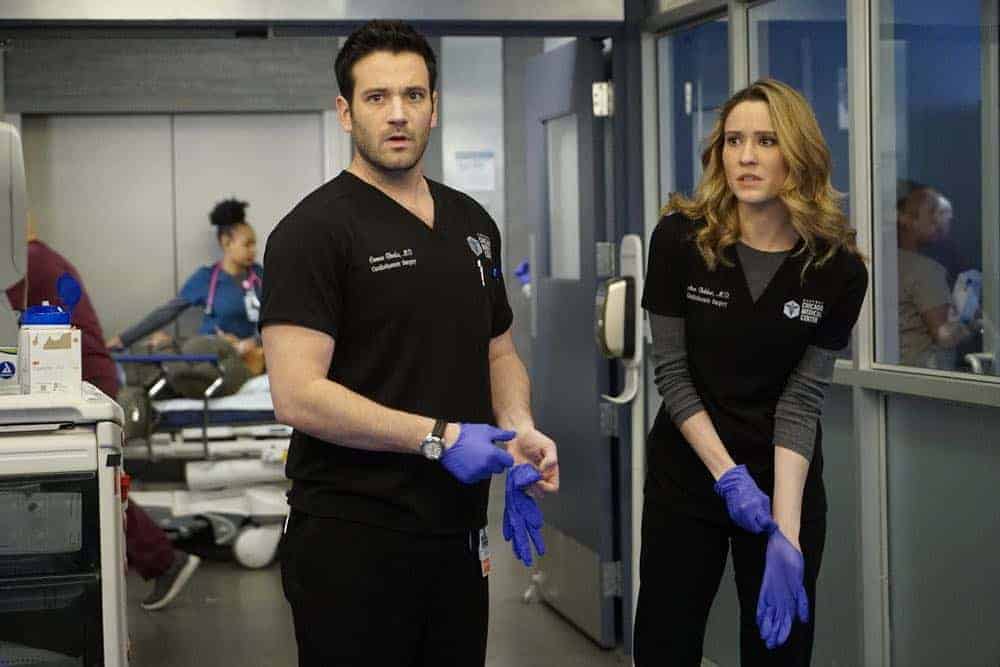 After a shooting occurs during a block party at a local park, Med is overrun with victims that stretch the hospital and staff to its limits. In the midst of the chaos, Dr. Choi devises a new mass casualty plan on the fly and Dr. Manning struggles to stay focused when she realizes her son and nanny might have been at the scene. CHICAGO MED Season 3 Episode 18 Photos This Is Now.