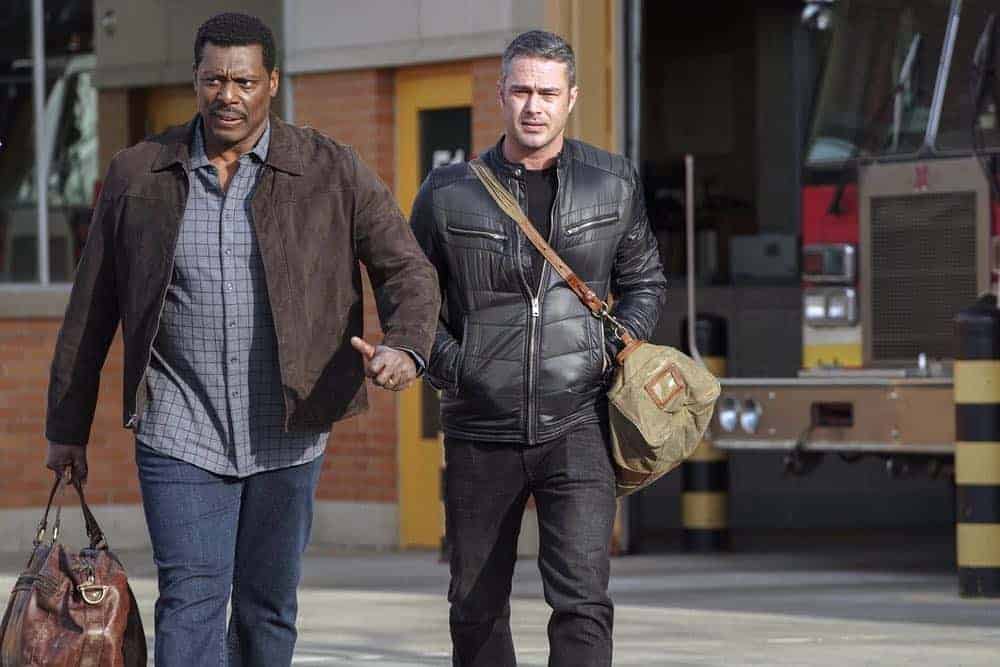 After saving a girl from a car accident, Chief Boden and Lt. Severide are taken aback when they receive a surprise package. Brett struggles to keep quiet about Cruz reacquainting with his now-married high school sweetheart and Otis tackles his next challenge. A crisis brings Bria (guest star Quinn Cooke) back into Dawson’s life. CHICAGO FIRE Season 6 Episode 20 Photos The Strongest Among Us.