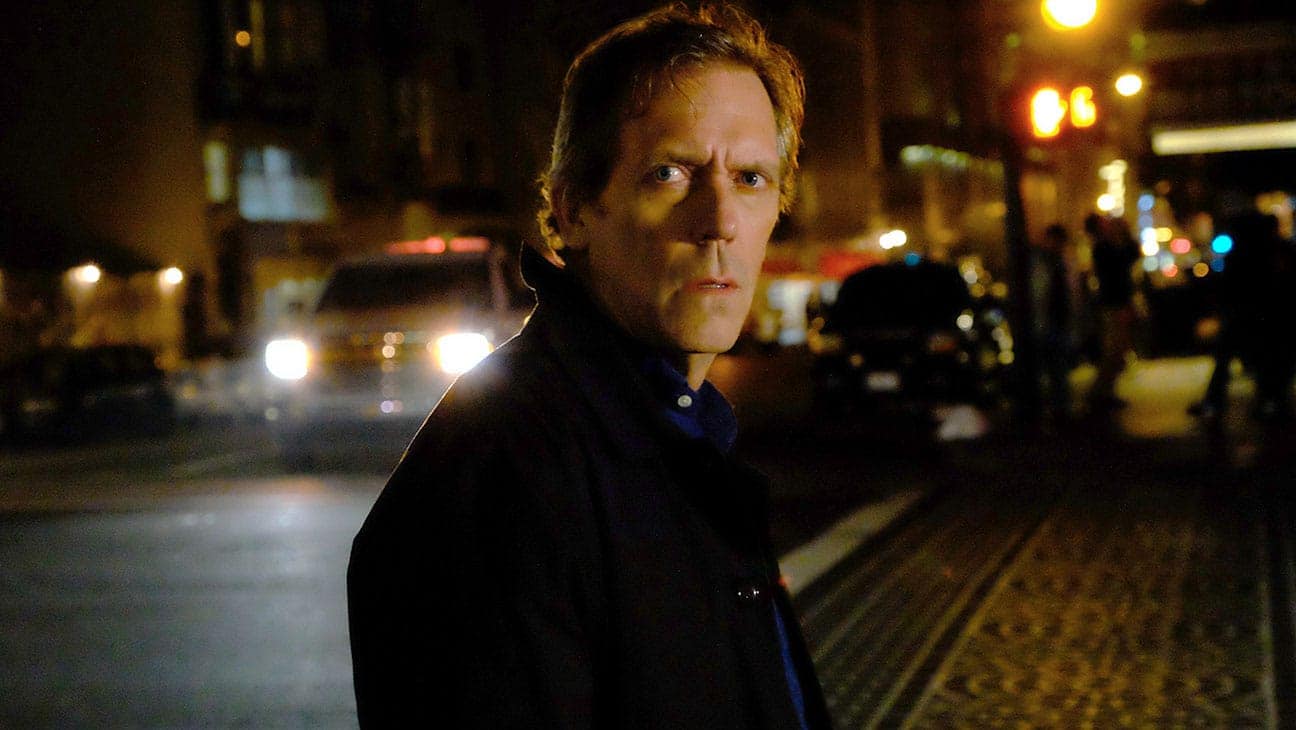 Stop me if you’ve heard this one before. Hugh Laurie stars as the troubled titular doctor in a series where he struggles to help people others cannot. No, House is not back, although I miss that show. This is a new Hulu series called CHANCE, premiering this week, and it’s actually nothing like Laurie’s previous program (other than that it gives the actor a chance to show just how good he is).

As CHANCE begins, Dr. Eldon Chance (Laurie) is going through a divorce with his wife, Christina (Diane Farr, Numb3rs), not getting along with his daughter, Nicole (Stefania LaVie Owen, The Carrie Diaries), and facing financial ruin to the point where he’s considering selling antique furniture that he loves. If that wasn’t enough, he also feels like he’s failing his patients, who we see in a series of flashbacks, especially Jaclyn (Gretchen Mol, Boardwalk Empire).

To be fair, it’s not like Dr. Chance has much time to help the ailing sent to him. He’s merely an evaluator, someone who meets with a person once, and then refers them to another doctor for help. He doesn’t personally treat them. But he can’t stop himself from following up to find out what happens to them, and he takes to heart some of the tragedies that befall.

This sympathetic man is soft-spoken, but not weak. He cares deeply, yet has trouble making relationships work. He is professional, except when he isn’t, and even then, usually with noble intentions. He is complex, but enjoys simple pleasures. He is cultured, but is all right with going to places most men like him would avoid, and doesn’t automatically judge or dismiss criminals. A lot more is going on in his mind than what plays across his face.

All of this makes Laurie an excellent candidate for this vehicle. Don’t get me wrong; the entire cast, which also includes Lisa Gay Hamilton (The Practice), Greta Lee (Inside Amy Schumer), Paul Adelstein (Private Practice), Ethan Suplee (My Name Is Earl), and Clarke Peters (Treme, The Wire), is great. But CHANCE is Laurie, and his superb performance drives the series forward.

I’ve set up the premise, but I haven’t really gotten into what the show is about. In the first episode, Dr. Chance runs into Jaclyn, and learns her husband (Adelstein) is beating up on her. Unconnected, the good physician attempts to sell an antique desk to Carl (Peters), who encourages Dr. Chance to have D (Suplee) fix some metal work on it first. Accidentally hanging with D, Chance is impressed by the other man’s presence, and soon learns how useful that kind of intimidation can be. I can’t say with one hundred percent certainty how these two threads connect, as the show certainly takes its time getting anywhere, but I think anyone can see where this is going.

I didn’t mention the slow-moving pace as a bad thing. I love how CHANCE dwells on moments, really letting us look into Chance’s eyes and try to determine what swirling emotions and warring motivations are happening in his mind. He isn’t one to rush into anything, and so that needs to be shown. It also allows a tone to permeate that is gripping, so we’re pulled more fully into the story prior to when we need to be invested. It’s a pretty masterful work.

In case you couldn’t tell, I loved CHANCE. I think it’s a great vehicle for Laurie, who deserves to work with quality, and very interesting overall. Even though I think I know the path the story is on, I am equally confident there will be things happening that I don’t see coming because this is a realistic world, and thus, unpredictable. I look forward to catching the whole run.