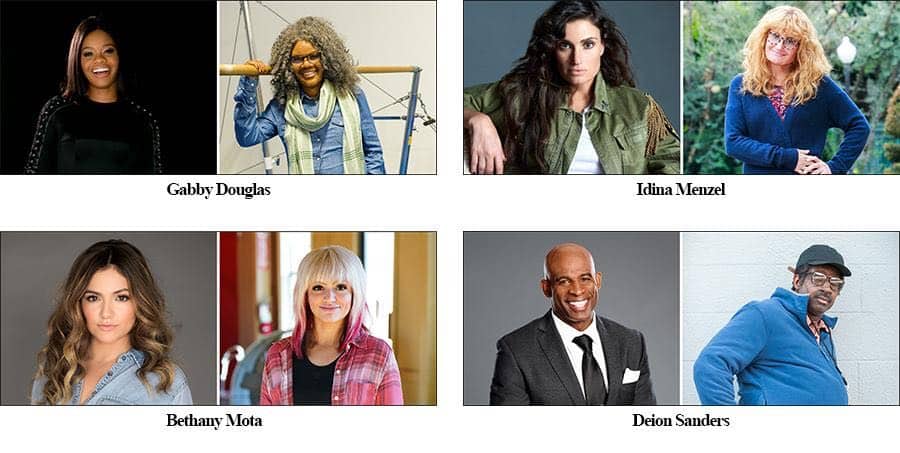 CBS announced today that the first season of UNDERCOVER BOSS: CELEBRITY EDITION, from the team behind the two-time Emmy Award-winning series UNDERCOVER BOSS, will premiere Friday, May 11 (8:00-9:00 PM, ET/PT) on the CBS Television Network. Celebrities at the top of their chosen fields are going undercover to find talented people and make dreams come true. The nation’s best singers, athletes, models and business icons embark on talent searches to pay it forward to deserving yet-to-be-discovered individuals. (Additional stars and airdates will be announced at a later date.)

“Imagine if your idol could walk a mile in your shoes, recognize your special ability and change your life forever? This is what you’ll see this season on the celebrity edition of UNDERCOVER BOSS – along with state-of-the-art disguises, trickier undercover situations – and the greatest payoffs yet,” said Greg Goldman, executive producer of the new series.

The schedule of episodes follows:

Bethany Mota – YouTube sensation and author with more than 12.7 million subscribers and over one billion views, who is one of the most powerful and inspiring voices in social media. Mota goes undercover to identify up-and-coming YouTube talent.

Deion Sanders – Pro Football Hall of Famer, eight-time Pro Bowler, two-time Super Bowl champion and current NFL Network analyst who was one of the most electrifying athletes in the NFL and MLB. Sanders goes undercover to find amazing football coaches.

The celebrities were each disguised with state-of-the-art prosthetic makeup and custom-made wigs, which took an average of two and a half hours to apply.