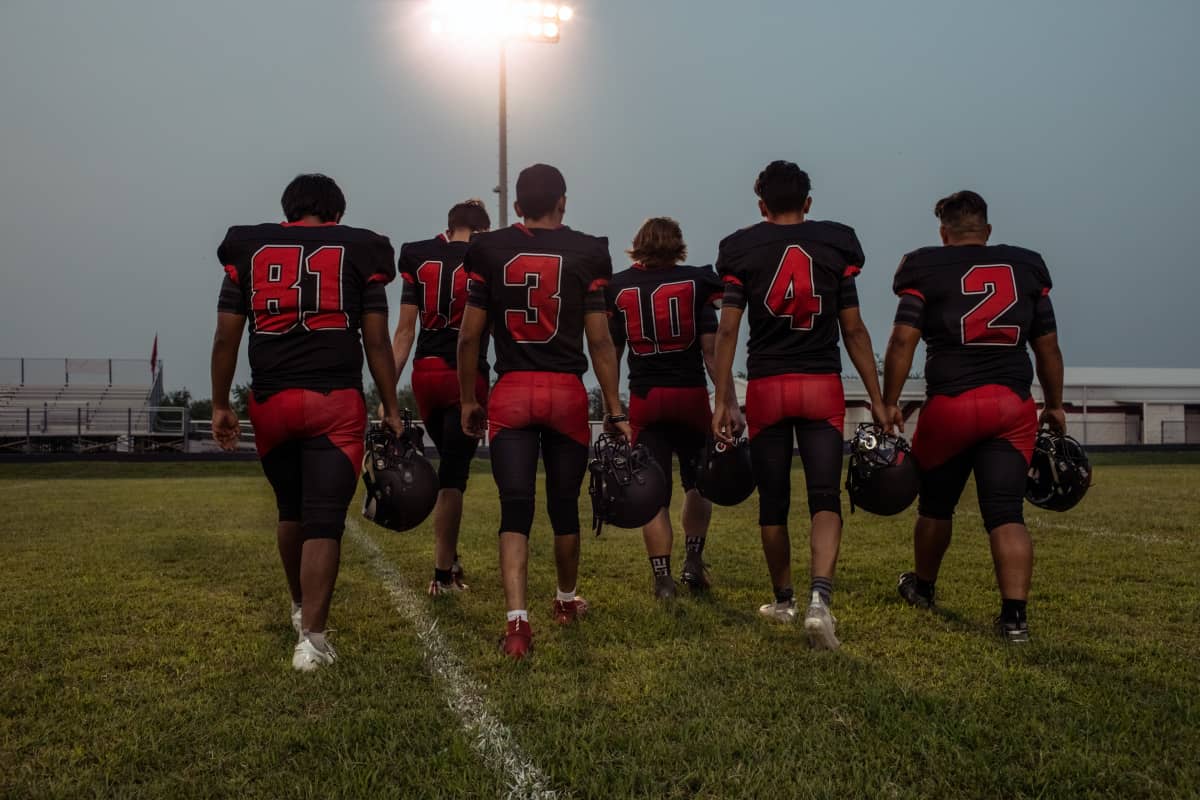 CBS All Access, ViacomCBS’ digital subscription video on-demand and live streaming service, today announced the renewal of its docuseries TEXAS 6 for a second season. From Jared Christopher (“Titletown, TX”), TEXAS 6 follows the Greyhounds, a high school 6-man football team under the direction of Coach Dewaine Lee as they attempt a three-peat for the 6-Man Football State Championship. While football remains the spine of Strawn, TEXAS 6 ultimately depicts the spirit of a small town and a team that shows up for one another on and off the field. The first three episodes are currently available to stream exclusively on CBS All Access, with new episodes available on-demand weekly on Thursdays beginning tomorrow, Dec. 3. TEXAS 6’s season finale will drop on New Year’s Eve, December 31.

“Jared has produced an incredibly compelling story of perseverance, integrity and passion in TEXAS 6,” said Julie McNamara, Executive Vice President and Head of Programming, CBS All Access.“We look forward to bringing audiences more 6-man football and more of the Greyhounds’ heartwarming journey in a second season. As Coach Lee says, ‘We don’t have to. We get to.’”

TEXAS 6 joins CBS All Access’ growing slate of original series that currently includes THE GOOD FIGHT, THE TWILIGHT ZONE, TOONING OUT THE NEWS, NO ACTIVITY, WHY WOMEN KILL, INTERROGATION, THE THOMAS JOHN EXPERIENCE, THAT ANIMAL RESCUE SHOW and TELL ME A STORY, as well as the upcoming limited event series THE STAND, THE HARPER HOUSE, FOR HEAVEN’S SAKE, THE MAN WHO FELL TO EARTH, and GUILTY PARTY. CBS All Access is also the exclusive domestic home to STAR TREK: DISCOVERY, STAR TREK: PICARD, the animated series STAR TREK: LOWER DECKS, and the upcoming U.S.S Enterprise set series STAR TREK: STRANGE NEW WORLDS.