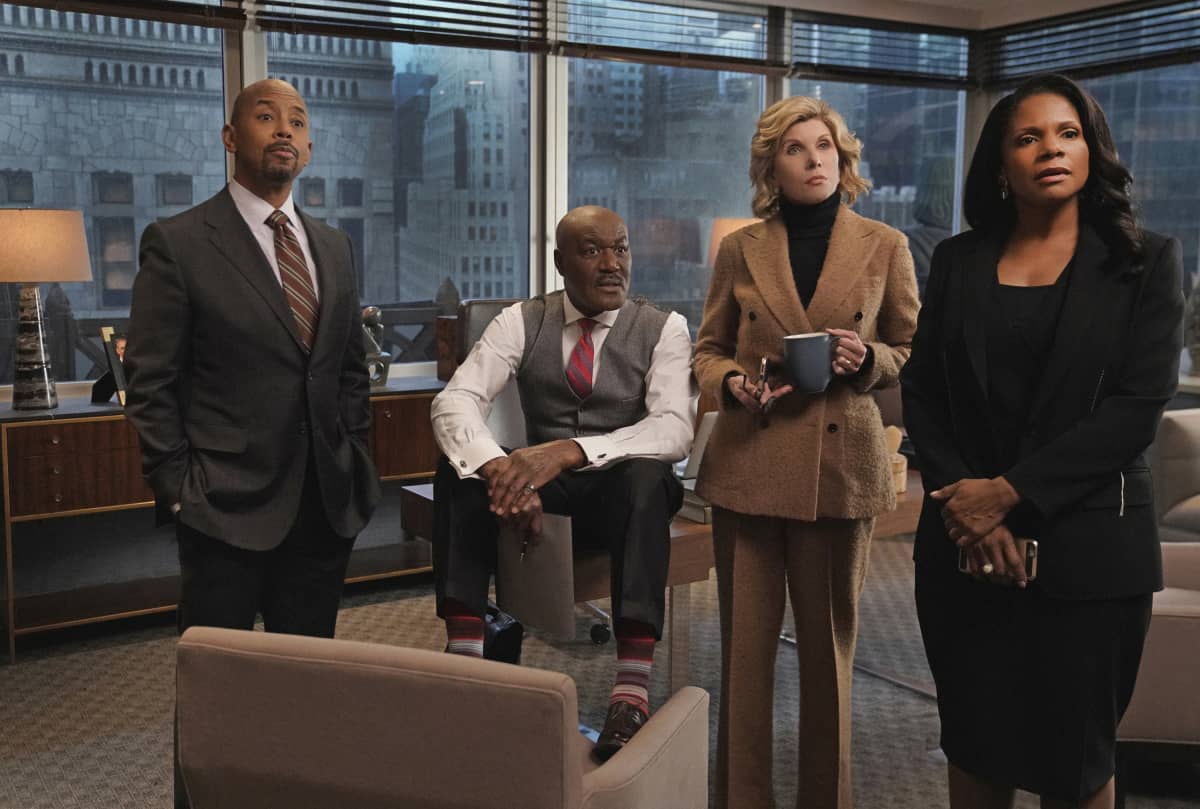 “THE GOOD FIGHT remains one of the most beloved and critically acclaimed original series on CBS All Access, and we’ve seen a tremendous response from fans this season,” said Julie McNamara, Executive Vice President and Head of Programming,CBS All Access. “While we all had hoped to provide audiences with a 10-episode fourth season, we, among many others, have had to adapt due to the pandemic. Although it’s a shortened season, the incredible cast and crew, helmed by the incomparable Robert and Michelle King, have produced a phenomenal seven episodes. We can’t wait for viewers to see the remainder of the season and are excited to bring subscribers even more of the timely, gripping storylines the Kings bring to life next in season five.”

“It’s been weird to not be able to finish the fourth season,” said Robert and Michelle King. “It left the story in even more absurd a place than usual. So we’re thrilled that CBS All Access wants to bring THE GOOD FIGHT back for an additional season, and we know what story we’re planning to tell. It’s like getting the answers to the SAT ahead of time.”

Season four of THE GOOD FIGHT finds Reddick, Boseman & Lockhart navigating a very different landscape. After they lost their biggest client, Chumhum, and their founding partner’s name was tarnished, Reddick, Boseman & Lockhart was forced to accept an offer by a huge multi-national law firm, STR Laurie, to become a small subsidiary. Suddenly, all of their decisions can be second-guessed by the giant firm that is literally on top of them. While STR Laurie initially seem like benevolent overlords, we find Diane Lockhart and her colleagues chafing at their loss of independence while simultaneously investigating the emergence of a mysterious “Memo 618.”

CBS All Access is CBS’ direct-to-consumer digital subscription video on-demand and live streaming service. CBS All Access gives subscribers the ability to watch more than 15,000 episodes on demand – spanning exclusive original series, CBS Television Network’s primetime, daytime and late night shows, plus classic TV hits – as well as the ability to stream local CBS stations live across the U.S. CBS All Access’ original series include THE GOOD FIGHT, THE TWILIGHT ZONE, TOONING OUT THE NEWS, NO ACTIVITY, WHY WOMEN KILL, INTERROGATION and TELL ME A STORY, as well as the upcoming event series THE STAND, THE MAN WHO FELL TO EARTH and THE HARPER HOUSE. CBS All Access is also the exclusive domestic home to STAR TREK: DISCOVERY, STAR TREK: PICARD and the upcoming animated series STAR TREK: LOWER DECKS. CBS All Access also includes the ability to stream CBS Interactive’s other live channels, CBSN for 24/7 news, CBS Sports HQ for sports news and analysis, and ET Live for entertainment coverage.