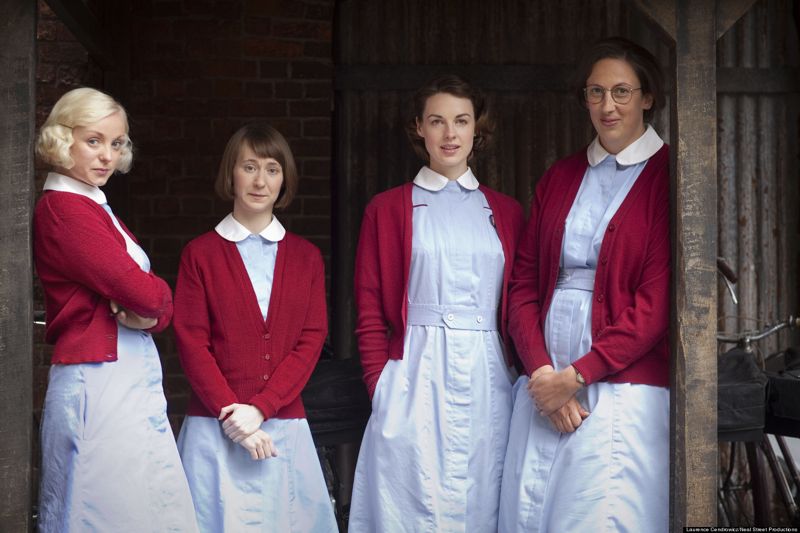 As filming completes on the fourth series of award-winning Sunday night drama Call the Midwife, BBC One today announced that a fifth series has been commissioned.

Made by Neal Street Productions for BBC One, Call The Midwife has been one of Britain’s most popular drama series since it launched in 2012, with all three series to date averaging over 10m viewers per episode. Call The Midwife continues to be one of the most watched drama series in the UK, with 11.4m people tuning in to watch the opening episode of series three.

Pippa Harris, Executive Producer for Neal Street Productions said; “We’re delighted that the BBC have commissioned a fifth series of Call the Midwife. The international success of the show is testament to the passion, dedication and skill of Heidi Thomas and the wonderfully talented cast and crew who have created a truly brilliant fourth series for our loyal viewers to enjoy on screen very soon.”

Call The Midwife has won accolades across the industry, including the 2013 BAFTA Craft award for director Philippa Lowthorpe, the first woman ever to receive the direction award. Last year the show also won a BAFTA Craft award for Christine Walmesley-Cotham in the Make Up and Hair Design category and Best Actress for Miranda Hart at the National Television Awards.

Audiences will return to Poplar later this year with the third Christmas special episode and can continue to enjoy series four as it follows on directly in January 2015. Joining the regular cast are Linda Bassett (East is East, Lark Rise to Candleford) as Nurse Phyllis Crane and Charlotte Ritchie (Life Of Riley, Fresh Meat) as Nurse Barbara Gilbert. Vanessa Redgrave will appear for the first time as Jennifer Worth in the Christmas special episode.