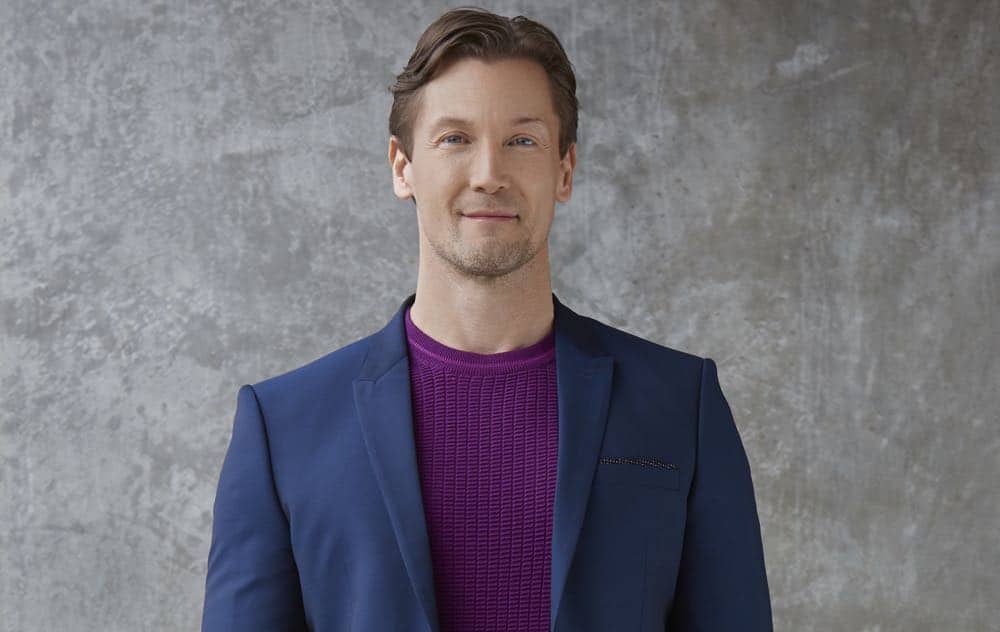 After last year’s San Diego International Film Festival where it won Best Ensemble, “Butterfly Caught” has continued its earn critical acclaim for its unflinching portrayal of three young women who go in search of acting careers in the fame-thirsty world of Hollywood. In the year since “Butterfly Caught” began premiering at film festivals, the MeToo movement has brought the entire murky world of the “casting couch” under scrutiny as well as a legal microscope. Whatever the advances are being made, it remains horrifyingly true, then and now, that women are still forced into terrifying and shocking situations to pursue a career that is as elusive and cut-throat as ever. In an exclusive interview, Adam Ambruso talks about why he felt it was important to be a part of “Butterfly Caught” and reflects on what he has learned as he has tenaciously pursued his own career in Hollywood.

What drew you to the role of Randy in “Butterfly Caught”?
ADAM: I was drawn to the role of Randy because I felt in many ways he was me. In other words, if I had been dealt the same life choices that he had, I would have made many the same choices. I immediately resonated with Randy and had the immediate feeling that I not only knew exactly who he was and how to play him, but I had to take on the challenge of bringing him to life on screen. It was his honesty, strong moral character, the impulse to do what’s right, and the desire to help those who can’t help themselves which made him feel like a kindred spirit and made me ultimately know that I had to portray him.

How would you describe who Randy is?
ADAM: I would describe Randy as a hero that is still very human and fallible. He is in many ways a real life “Batman” type character. He wants to make a difference, save the world in his own way, and still find love and have a balanced life. He is both a warrior and a romantic. I can totally relate to that.

What do you admire about him?
ADAM: I admire him for his courage, pure intentions, and his willingness to take action. He takes it upon himself to right wrongs rather than just complaining about it.

What is it like working alongside such a talented ensemble in “Butterfly Caught”?
ADAM: Working alongside such a talented ensemble cast as “Butterfly Caught” is one of the main reasons I do what I do and is why I am here in Hollywood working in the entertainment business. Working with talent such as this makes you rise to another level and allows you to do what you know you can because you don’t have to worry about anyone else. It was truly a great experience and made the creative process a lot of fun. Everyone really respected each other and what they had to offer the film. From the larger roles to the smaller roles where the character had just a line or two…everyone was very carefully casted and was great. This is a testament to how committed to making a great film, Manny [Rodriquez Jr.] and Lisa [Rodriquez], the director, and producers of the film were. They cared so much about the quality of the film and the cast members as well as the talented crew behind the scenes.

How would you describe the dynamic between Randy and the three women portrayed following their dreams?
ADAM: Randy was definitely the moral compass and consistent throughout most of the movie for all of the characters and is notably true for the three female leads. I think the general dynamic was one of respect. Joe [Jess Jacobs] , who is his love interest in the film, seems to keep him at bay consistently. He is a divergence from her attraction to the “bad boy” and other poor choices in life. Elsa [Abigail Klein] and Naomi [Alex Sgambati] conspired to set Joe [Jess Jacobs] and me up on a date, so they were supportive, but I didn’t generally have too much involvement with them.

What challenges have you faced working on this project and how did you overcome them?
ADAM: There were many challenges working on this project. My main challenge was landing the film. I had to really fight for the role of Randy and really put it all on the line for the honor to play that role. After I was chosen for the role of Randy, one of the main challenges was working a full-time job alongside filming. I would find myself filming a challenging scene until 5am, rush home, get a couple hours of sleep, get back up, shower, throw a suit and tie on, and go to work. Throughout filming, days turned into nights and vice versa. The action scenes with weapons experts, SWAT, the Fire Department, late night shoots, and limited time and resources made for quite a challenging shoot.

Has “Butterfly Caught” left an impression on you in your life? If so, in what way?
ADAM: “Butterfly Caught” has forever left an impression on me in my life. This experience taught me to go after whatever you really want in life and risk it all. In risking everything you gain everything. This is a weird truism. It also hammered in the lesson of putting your head down and working hard and being humble. It reinforced that you really can’t work too hard.

You also appeared in the film “Trafficked.” What did you take away from that experience?
ADAM: I took away quite a bit from the experience of making the film “Trafficked”. Notably, I learned that working with even the most talented and famous of actors can just make your work better if you lose yourself in the moment. I also took away the fact that playing an evil character can be a very interesting exercise as an actor and can be fun role to play. I learned that no matter who you are, it’s still about putting in the work, showing up, and delivering your best work. It also showed me that I could get a larger film made if I put my mind to it.

What has surprised you most about your career so far?
ADAM: What has surprised me the most about my career so far is how long it has taken me to be involved with the level of films I have always wanted to make and to do the type of work I have always wanted to do. What has also surprised me is how fast things seem to be heating up and changing in a good way over the last three to five years.

At this stage of your career, what do you think you have learned from the roles and projects you have worked on?
ADAM: At this stage of my career, I have learned that this business will treat me as seriously as I treat it, that the harder I work, the luckier I seem to get, and that I will never have to stop fighting for what I want and to work with who I want to work with, and nor would I want to. I’ve also learned that it pays to be in control of the project as much as you can. A lesson I learned, after having been taken advantage of a couple of times in the past.

Then what are the perks of where you are in your career right now?
ADAM: The perks of where I am in my career right now are, that projects are starting to come to me more easily, and I am starting to get into rooms and have a chance at opportunities that were not previously available to me. Moreover, mentors and other industry professionals are starting to want to work with, collaborate with, and partner with me. Last but not least, my family and friends are now ultra-supportive, and this has definitely not always been the case.

Are there any artists or big dreamers out there that can relate this one?  Has there been any great advice you have gotten about working as an actor/content creator?
ADAM: I have received so much great advice over the years about working as an actor/content creator. However, it seems like I have had an accelerated amount of outstanding integral direction over the last 3 to 5 years, but maybe that was me causing and being aware of it. When the student is ready the teacher appears, right? Consistent advice I have gotten from the most successful mentors and friends I have in the business is to do just that…create. Don’t rely on someone else to give you something or hire you. Move the needle on your own career yourself. Lately, I have been focusing on, practicing, and really trying to fully digest the most transformative advice and wisdom I have ever received. It is the notion of no longer looking outward to other people and opportunities for your success, and to instead look inside yourself to focus on just building up the best “you” and being who you have always wanted to be…who you were meant to be. Decide on the direction you want to go, take it, then meditate and think about that and only that, and the pathway there will appear. This all attracts the opportunity to you, rather than you needing to go out and chase it. It sounds kind of simple, but it is quite radical when you really try to follow it. Unfortunately, it’s just not how most of humanity is taught to do things when we are growing up.

What advice would you offer to other upcoming and aspiring content creators?
ADAM: Decide what you want to do and create it, focus on it like a laser, do it, create only that. This can be very difficult, but it is very powerful. As René Zellweger once told me when I was relatively new to Los Angeles from Austin, Texas, “Find ways to actually do what you want to do rather than just study about it”. Underneath all of this, stay true to who you are, and don’t compromise that for any person or any opportunity.

Do you have any other upcoming projects that you can share that fans should keep an eye out for?
ADAM: Other than “Butterfly Caught” hitting the theaters in July, “The Great Race” will be coming out at the end of this year. I will be signing on to my next film within the next 4 to 8 weeks, so stay tuned. I will release this information as soon as it becomes official. I will also be formally starting a production company and film fund later this year as well. This will be followed by an industry-wide press release, so there are lots of exciting things coming up.