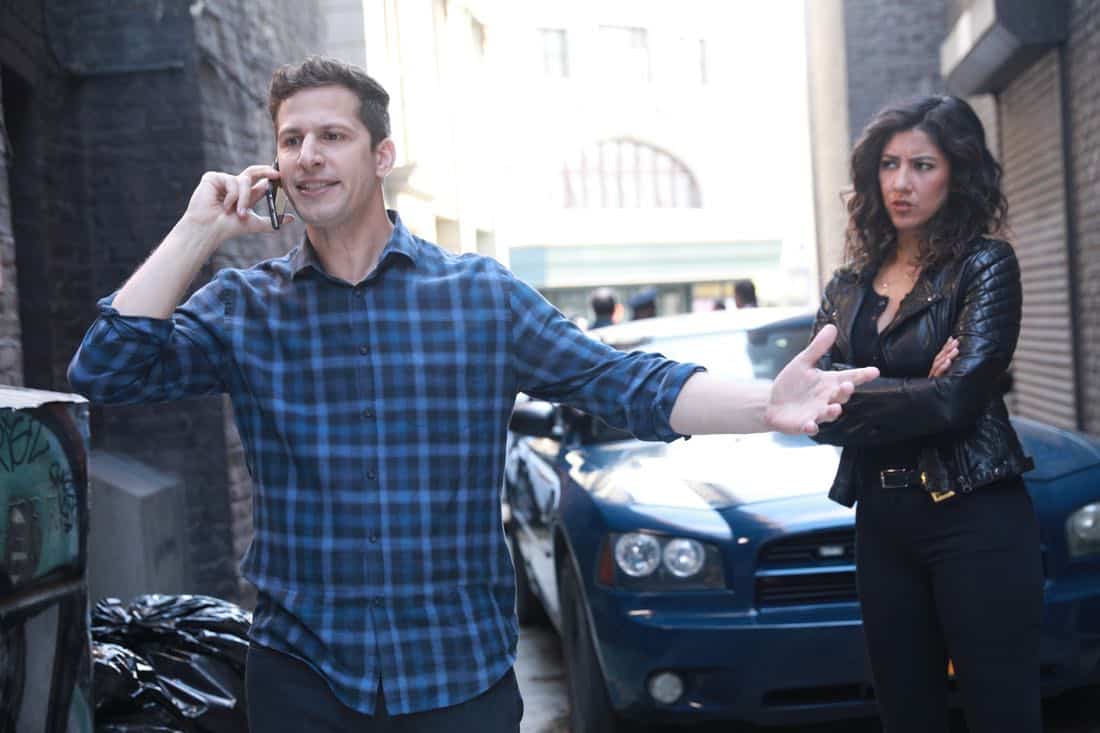 Jake is called upon to negotiate a hostage situation with a jewel thief, only to discover that the culprit seems to be a familiar face. Amy and Gina help Charles with the high demands of his new food truck, and Holt panics when a member of the Police Commissioner selection committee decides to interview Hitchcock about Holt in the all-new “The Negotiation” episode of BROOKLYN NINE-NINE airing Sunday, March 25 (8:30-9:00 PM ET/PT) on FOX. (BRK-513) (TV-14 D, L) BROOKLYN NINE-NINE Season 5 Episode 13 Photos The Negotiation.