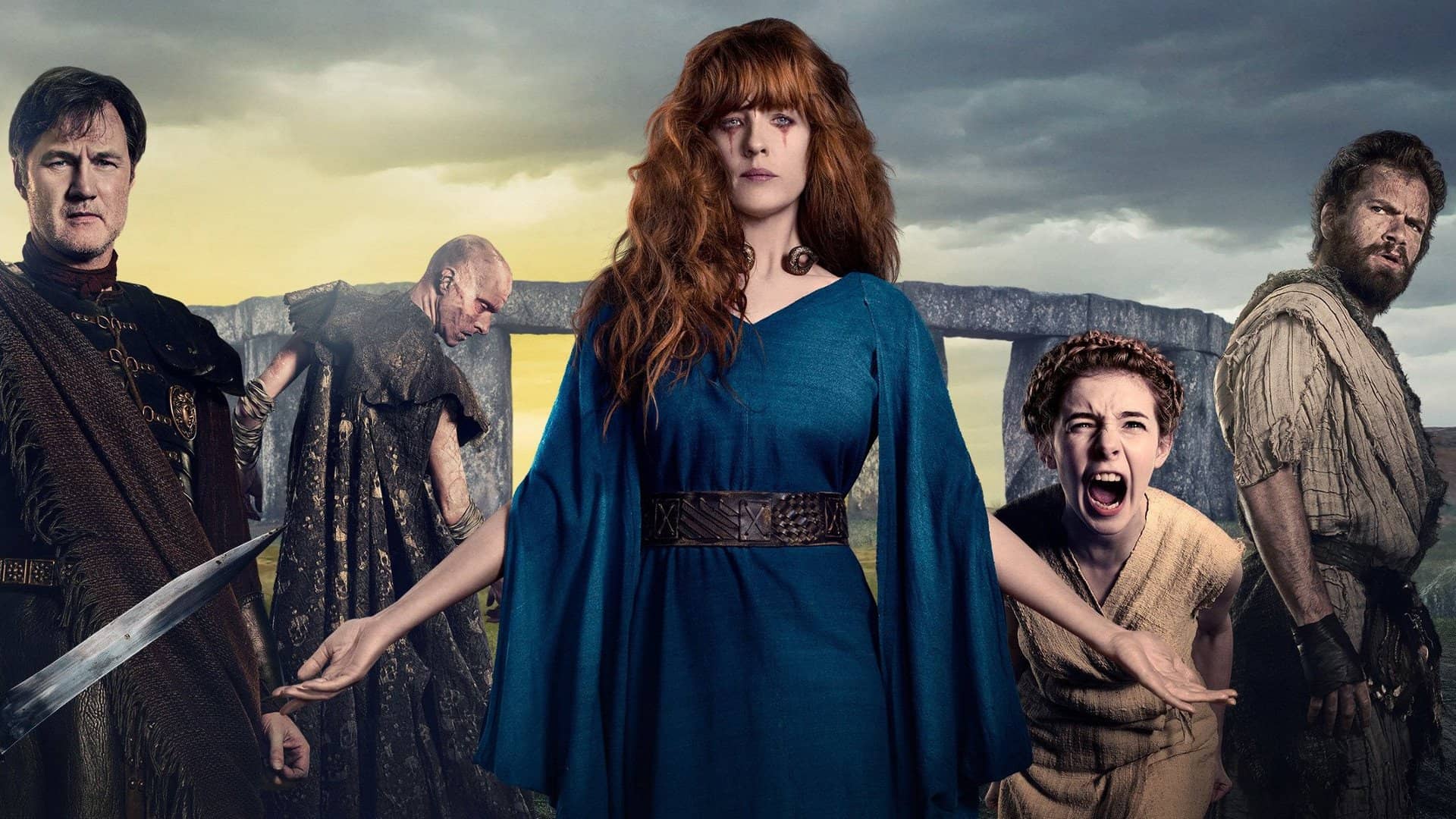 Premium network EPIX® today announced that Season One of the critically-acclaimed fantasy drama Britannia will debut on August 2.

Immediately after, EPIX will exclusively premiere Season Two for U.S. audiences on Sunday, October 4 at 9pm, and will be the exclusive U.S. home to Season Three, which is currently in production.

Set in 43 A.D., the first season of this epic and visionary drama follows the Roman invasion of Britain when the country ruled by the powerful Druids and warrior queens. Britannia follows the reluctant rise to power of Kerra (Kelly Reilly), daughter of the King of Cantii (Ian McDiarmid), and her arch-rival Queen Atedia (Zoë Wanamaker), who are forced to put their differences aside when the Romans invade Britannia. Meanwhile, rogue Druid Divis (Nikolaj Lie Kaas), the only one who foresaw the Roman invasion, finds an unlikely ally in a 12-year-old Cantii girl, Cait (Eleanor Worthington-Cox), in his quest to defeat Rome. The Romans are led by General Aulus Plautius (David Morrissey), who is determined to succeed where Julius Caesar failed and conquer this mythical land at the far edge of the Roman Empire, Britannia.

“Jez Butterworth and the teams at Vertigo Films, Neal Street Productions and Sky Studios have created a bold, epic series with a unique spin on the fantasy-adventure genre,” said Michael Wright, President, EPIX.  “Britannia is truly cinematic television – a perfect addition to the EPIX lineup – and we’re thrilled to give this series its new home.”

“Audiences around the world love Britannia and now US fans will be able to watch the latest season exclusively on EPIX. The support for the show from Michael Wright and the EPIX team has been tremendous, and their commitment to all three seasons is great news for fans of the franchise,” said Jane Millichip, Chief Commercial Officer Sky Studios.

The show is distributed internationally by NBCUniversal Global Distribution and has sold to more than 175 territories worldwide.

EPIX®, an MGM company, is a premium television network delivering a broad line-up of quality original series and documentaries, the latest movie releases and classic film franchises – all available on TV, on demand, online and across devices. EPIX® has tripled the amount of original programming on the network and has become a destination for original premium content with series including Godfather of Harlem, starring and executive produced by Forest Whitaker; Pennyworth, the origin story of Batman’s butler Alfred; Perpetual Grace, LTD, starring Sir Ben Kingsley; spy thriller Deep State; War of the Worlds, from Howard Overman and starring Gabriel Byrne and Elizabeth McGovern; two-part music docuseries Laurel Canyon; docuseries Slow Burn based on the hit podcast, docuseries NFL: The Grind, from NFL Films and hosted by Rich Eisen and Belgravia, from Julian Fellowes, Gareth Neame and the creative team from Downton Abbey; as well as upcoming premieres of drama Chapelwaite, based on the short story Jerusalem’s Lot by Stephen King and starring Academy Award winner Adrien Brody; and six-part docuseries Helter Skelter: An American Myth, executive produced and directed by Lesley Chilcott. Launched in October 2009, EPIX® is available nationwide through cable, telco, satellite and emerging digital distribution platforms as well as through its EPIX NOW app, providing more movies than any other network with thousands of titles available for streaming.

Vertigo Films is a British independent TV and Film company founded in 2002, run by co-founders James Richardson and Allan Niblo and CEO Jane Moore. On the success of cinematic hits including Monsters, directed by Gareth Edwards, Bronson, starring Tom Hardy, The Football Factory and StreetDance 3D , the company built an integrated, distribution, sales and post-production operation, and became one of the most successful independent film companies in the U.K. Vertigo prides itself on being an innovator: the first UK production company to film on digital; the first UK production company to film in 3D; and a creator of VR and AI games to use as marketing tools. Since expanding into TV, Vertigo has combined original, cinematic and international stories with a unique expertise in marketing to create its first two shows – Britannia and Bulletproof for Sky – and turn them into commercial and critical hits around the world, with both shows moving into their third seasons.

Neal Street Productions is run by Sam Mendes, Pippa Harris, Caro Newling, and Nicolas Brown and has been successfully producing award-winning film, TV and theatre for the past 15 years.

In the theatre, recent productions include Jez Butterworth’s Olivier and Tony award-winning The Ferryman; The Lehman Trilogy which had sell-out runs in London and at the Park Avenue Armoury Theater in New York; as well as the multi-award winning A Very Expensive Poison written by Lucy Prebble, performed at the Old Vic

We develop, produce and fund original drama, comedy and documentary for Sky’s 24m customers and beyond, with 52 scripted shows already in production. Building on the success of critically-acclaimed Sky originals including Emmy-winning Chernobyl, Bafta-winning Patrick Melrose and international hits Babylon Berlin and Riviera, Sky Studios is the new creative home of Sky originals, such as The Third Day with Jude Law, ZeroZeroZero from the makers of Gomorrah and The New Pope directed by Academy Award-winning director Paolo Sorrentino.

We’re an agile Studio, seeking out the best untold stories from new voices while working in creative partnership with today’s best writers, producers and on-screen talent to bring viewers stories they wouldn’t find anywhere else.

With commissioning talent and production capability across the UK, Germany and Italy, we understand local tastes across Europe better than anyone else and have plans to more than double our investment in original content by 2024, fully supported and backed by Comcast NBC Universal.

We’re also developing a new TV and movie studio, Sky Studios Elstree, which is expected to lead to the creation of over 2,000 new jobs and generate an additional £3 billion of production investment in UK creative sector in the first five years alone.