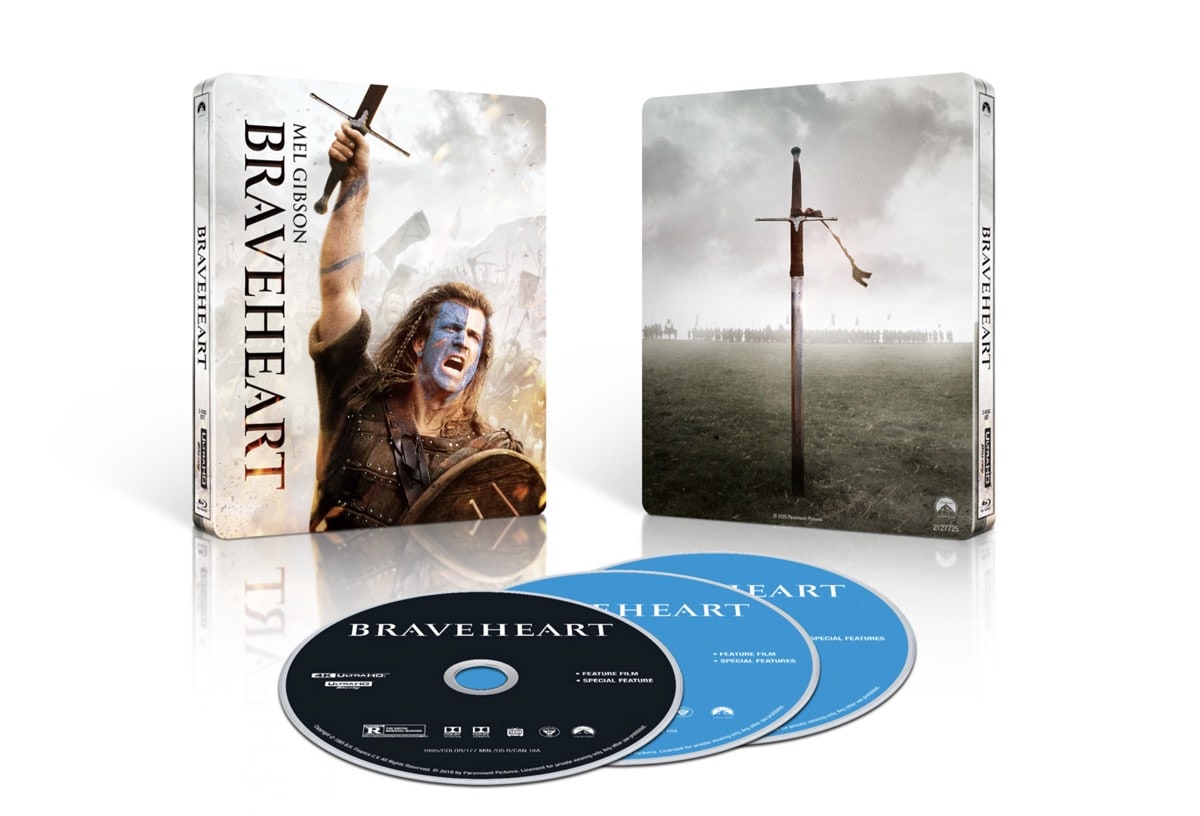 The exhilarating, triumphant, and award-winning masterpieces BRAVEHEART and GLADIATOR will arrive in Limited Edition 4K Blu-ray Steelbooks on May 5, 2020 from Paramount Home Entertainment.

Celebrating its 25th anniversary in 2020, BRAVEHEART won five Academy Awards®, including Best Picture. The richly detailed saga of power, passion, and the fight for freedom stars Mel Gibson (who also took home the Oscar® for Best Director) as William Wallace, a bold Scotsman who rallies his countrymen to liberation from oppressive English rule. The 4K Steelbook includes access to a digital copy of the film and previously released commentary by Mel Gibson on both the 4K Ultra HD and Blu-ray presentations, along with more than two hours of previously released bonus content, including interactive timelines, a making-of documentary, multiple behind-the-scenes featurettes, and more.

Originally released on May 5, 2000, director Ridley Scott’s GLADIATOR celebrates its 20th anniversary. Also a winner of five Academy Awards, including Best Picture, the film is an unparalleled combination of vivid action and extraordinary storytelling. Russell Crowe won the Oscar for Best Actor in a Leading Role for his portrayal of a Roman general who is betrayed by a corrupt prince (Joaquin Phoenix) and comes to Rome as a gladiator to seek revenge. The 4K Steelbook includes access to a digital copy of the film and both theatrical and extended versions of the feature on 4K Ultra HD, along with two separate commentaries. The two Blu-ray Discs included in the set boast over four hours of previously released bonus content, including commentaries on both versions of the film, a comprehensive documentary about the making of the movie, featurettes, deleted scenes, and more. 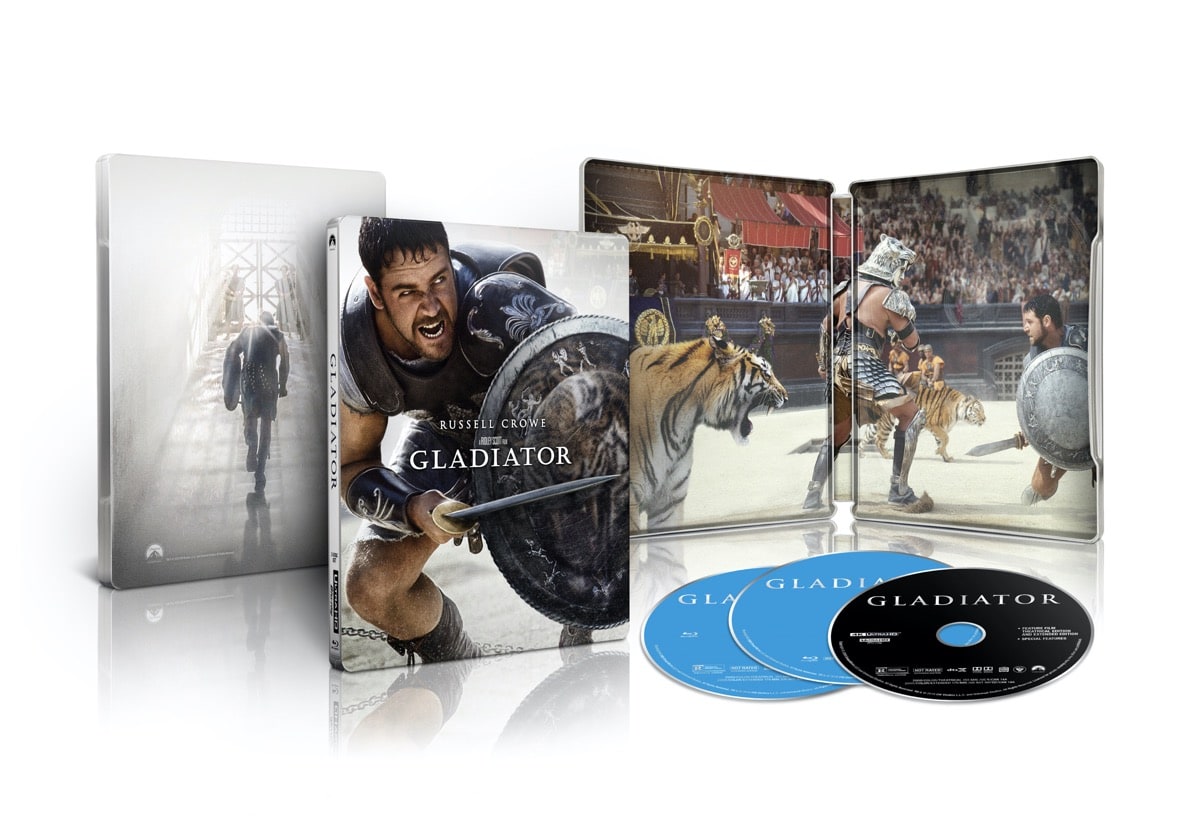