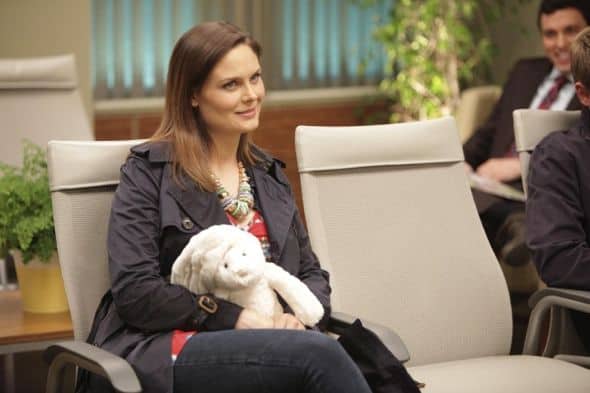 BONES Season 6 Episode 23 The Change In The Game Photos : The unidentifiable and gruesome remains of a male bowler are found lodged in the automatic pinsetter of a bowling lane. Brennan’s father, Max Keenan (guest star O’Neal), is a member of the victim’s bowling team, but currently sidelined with an injury. With no clear lead in the case, Booth and Brennan go undercover and join the very competitive bowling team in hopes of finding clues about the victim. Upon meeting the victim’s teammates, including an arrogant 12-year-old bowling prodigy, it becomes apparent there could be many suspects in the case. Meanwhile, a very pregnant Angela anticipates her labor at any moment, but continues to work diligently via webcam to identify the murder weapon from the hospital in the all-new “The Change in the Game” season finale episode of BONES airing Thursday, May 19 (9:00-10:00 PM ET/PT) on FOX. (BON-623) (TV-14 D, L, V) 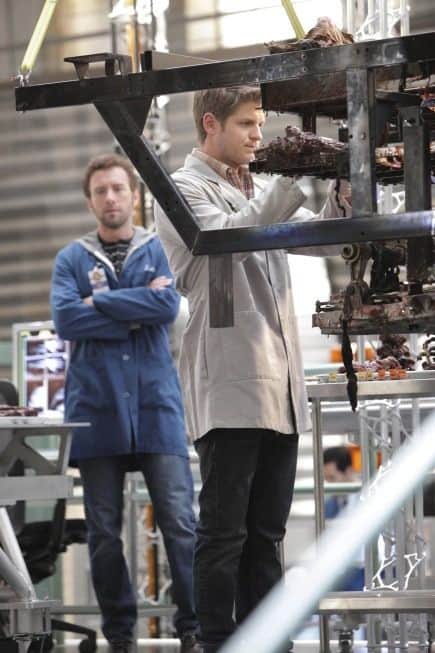 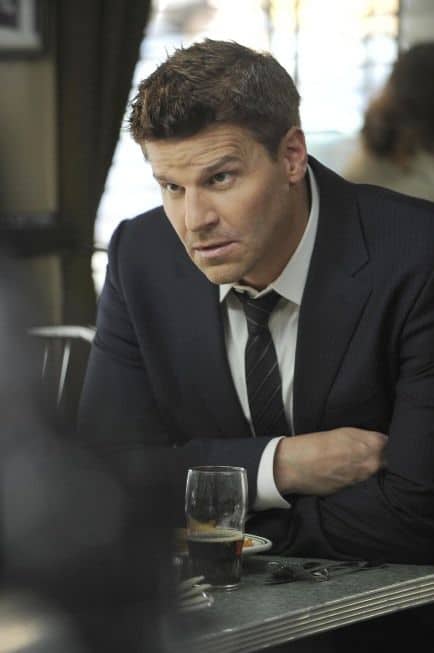 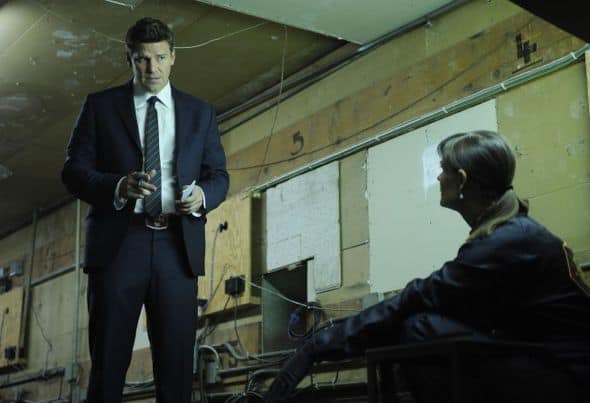 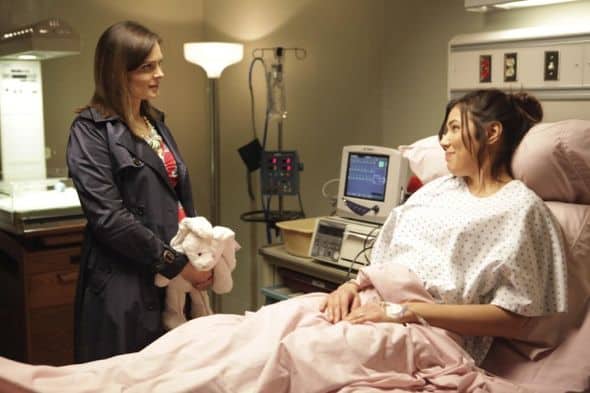 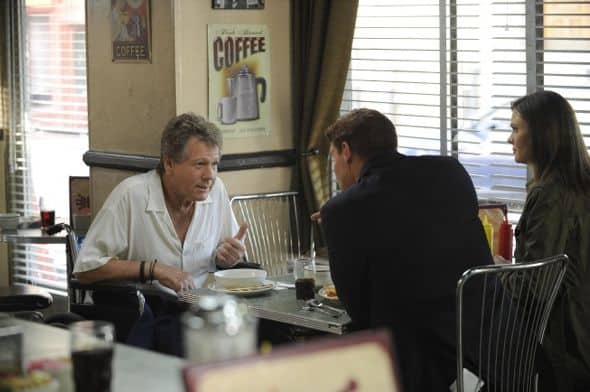 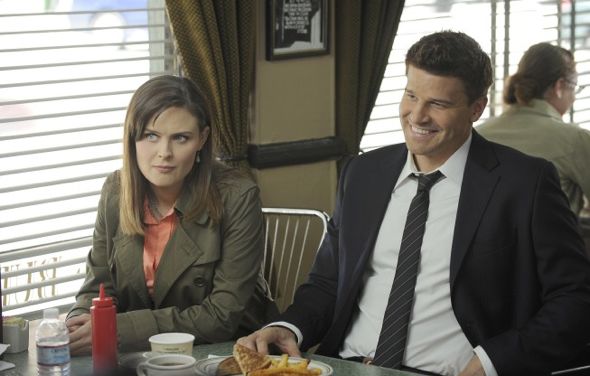 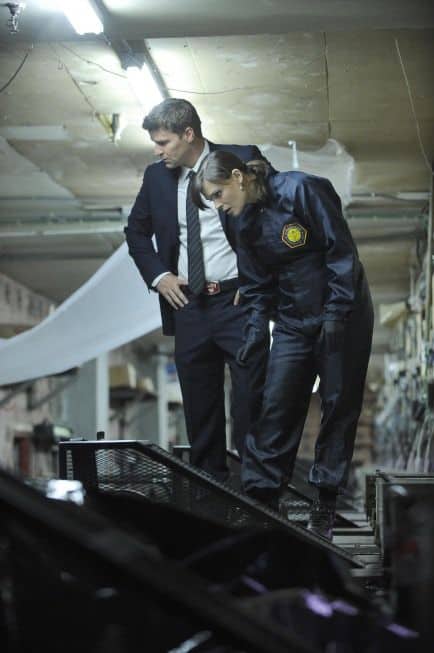 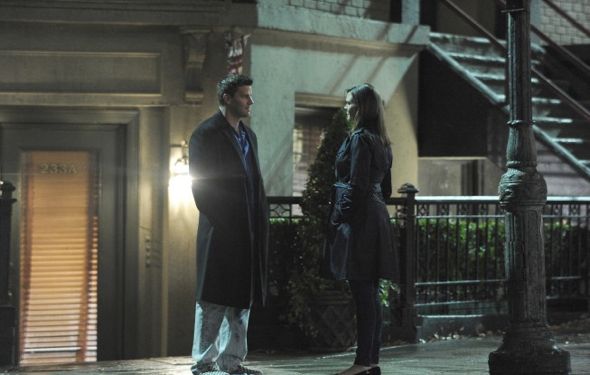 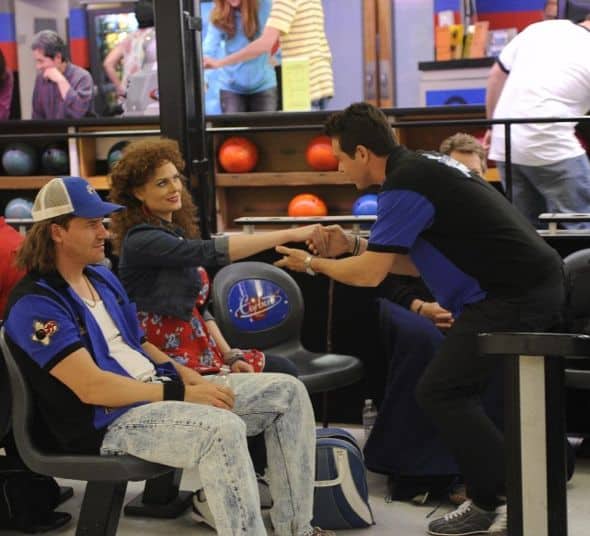 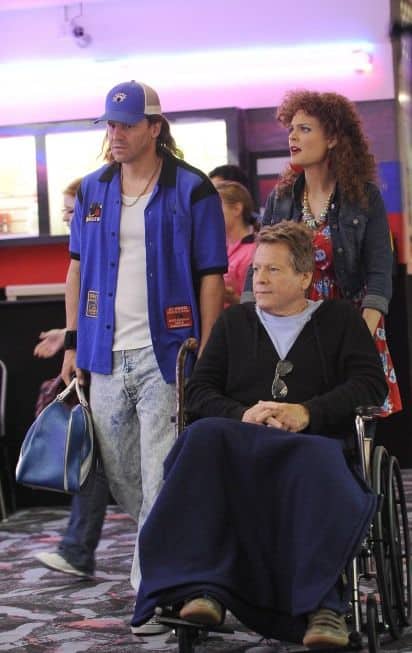 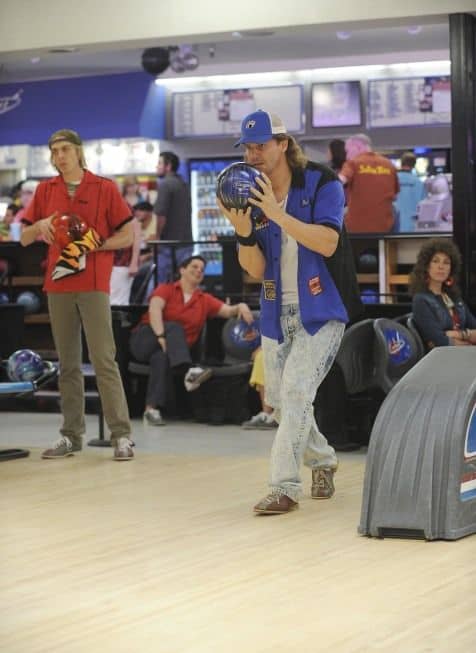 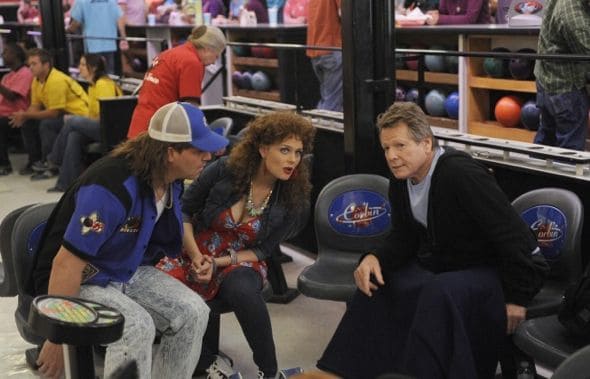