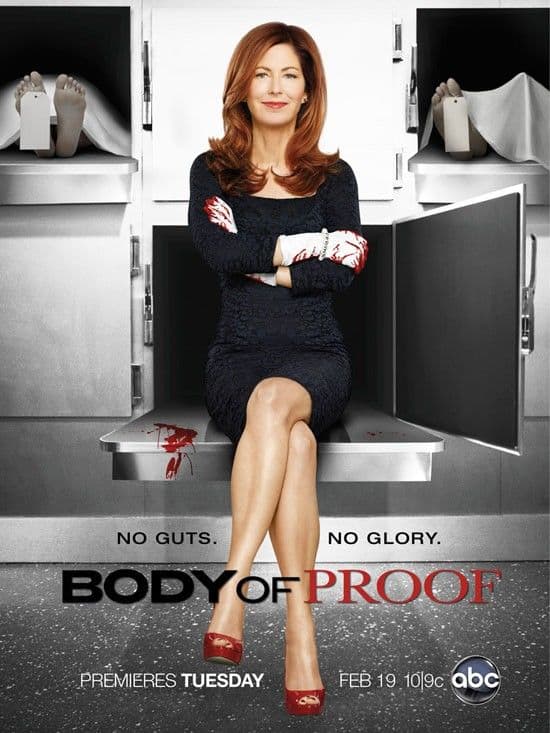 BODY OF PROOF Season 3 Poster : Hold on to your hats. “Body of Proof” enters its third season February 19, 2013, creatively revamped to deliver even more exciting episodes and with two new cast members complementing the ever brilliant, always driven neurosurgeon-turned-Medical-Examiner Dr. Megan Hunt in her quest to find justice for the dead and prevent harm to the living.

Starting with an action-packed two-part episode, Season Three will grab audiences with higher stakes and bigger thrills and chills, as Megan, Tommy and their respective colleagues work to chase down killers before they kill again. And with each passing case, as the tension between Megan and Tommy evolves into mutual respect and even hints at their old personal attraction, Megan will start to wonder if she should risk opening herself up to this man again. The answer will come as they tackle the biggest case of Megan’s career — indeed the biggest mystery of Megan’s entire life: Did her father really commit suicide, or was he murdered?